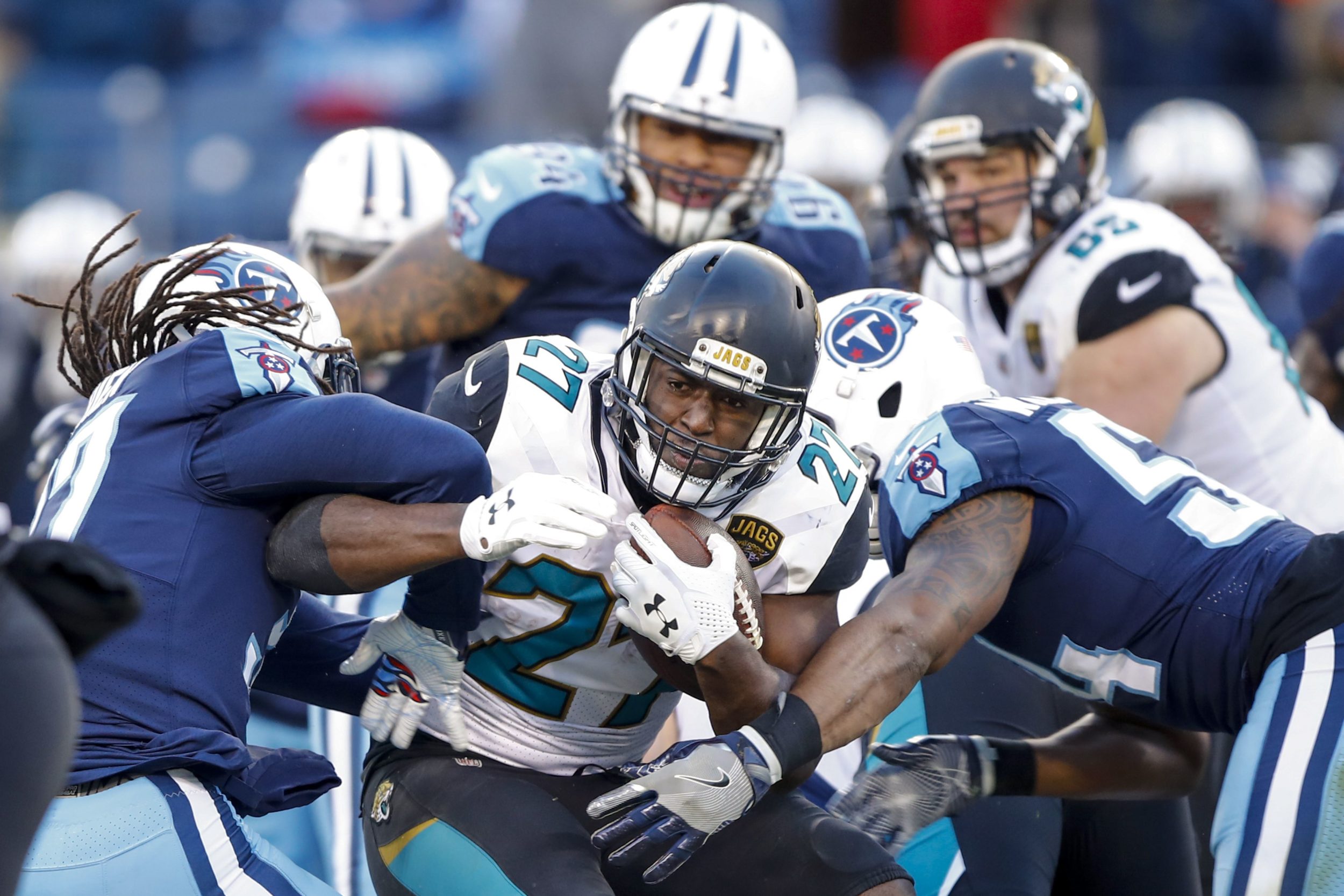 The first couple rounds of your fantasy draft are obviously the most important picks for your team. Ideally, these are the picks that you are going to start every week. Taking a look at the third and fourth rounds right now, two running backs you may need to decide between for your RB2 slot are Leonard Fournette and Derrick Henry. Both of whom can give you week-winning performances, but come with inherent risk.

This seems like a pretty low ADP ranking for Fournette, since he was drafted in 2017 and was immediately seen as a top fantasy asset. The reason Fournette has dropped to this ranking is due to injury and disciplinary issues. In 2017, he lost games due to a right ankle sprain and a quad bruise, to add onto a one game suspension. Last season, he missed six and a half games due to a hamstring issue and once again had team discipline issues to miss more games.

Generally, this makes Fournette a risky pick. Is he going to have injury concerns? Yes, according to sportsinjurypredictor.com, Fournette has a 57.5% chance of re-injury. However, when Fournette is playing, he is a high-scoring running back. When he gets more than 15 carries per game, he earns a great share of fantasy points.

This ADP ranking is largely due to Henry’s late season rise to dominance. In the last four weeks of 2018, he had a low of only 16 carries. Which is normal, but he was posting an average of 25 points through those weeks. This could be a sign that the team finally figured out how to use Henry’s talent. However, it took the team 12 weeks to figure out his place on the team. Prior to his Week 14 breakout, he didn’t post a weekly yardage total over 58. He also only had five touchdowns in his first 12 weeks.

Henry is also a risky pick. While he doesn’t have the injury history, he has a history of poor fantasy performances. What makes him appealing is the fact that his coaching staff has stated that they need to commit to Henry by giving him a larger volume of carries. This had made fantasy owners optimistic for a brief period, because Henry got banged up in camp afterwards. It is yet to be determined if the coaches will stay true to their word after Henry has already had a misstep this preseason.

You should take Fournette at his current ADP over Henry, because Henry really proven consistency when he plays. Even at the end of the 2018 season, he had one week which stands as an outlier. Week 14 against the Jaguars he had 238 yards and four touchdowns on 17 carries. The next week he had 170 yards and two touchdowns on 33 carries. His Week 15 totals are far more likely to occur than his Week 14 performance. However, giving a running back over 30 carries per game is very rare and can be damaging to that player. You can see that when any player gets more than 20 carries in a game they have a high chance of giving you a high-scoring fantasy week.

Right now, the only guarantee of high volume for Henry is from the mouth of the coaches, and this was said before he got banged up in camp. What makes Fournette more appetizing in this situation is that he is the clear number one running back for the team. His back-ups are Alfred Blue and Ryquell Armstead. Fournette is also going to be going into a contract year after the 2020 season. If he can perform at a high level going into 2020, he may be able to ask for an extension or gain more leverage when free agency comes around. If Fournette can remain healthy and fix his discipline issues, he will succeed, especially since the Jaguars were able to grab Jawaan Taylor in the second round of the draft to block for him.