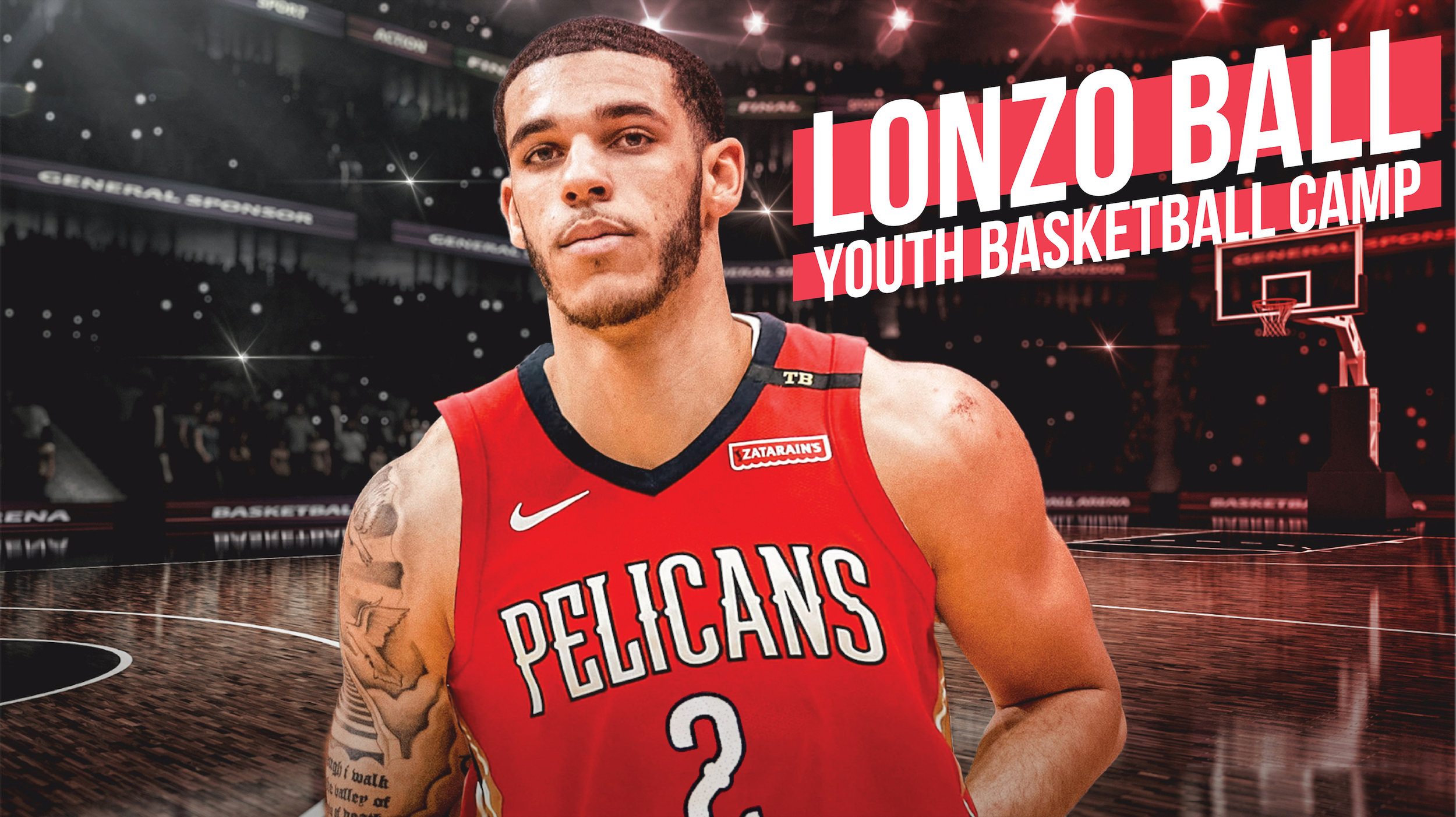 Lonzo Ball announced his youth basketball camp in the month of July. The signups were filled within the hour. I was lucky enough to be one of the few who took advantage by signing up my son within that time frame. The camp was held at the EmPower sports facility in Rancho Cucamonga, California.

We arrived at the facility at approximately 8:30 AM for enrollment. The kids were excited and eager to begin. Lonzo Ball arrived at the facility shortly after and everyone got excited to begin. Some of the participants mentioned they had signed up for other camps where the actual organizer never showed. As we entered the facility, all of the participants were greeted with an official Lonzo Ball Basketball Camp t-shirt and a Born 2 Ball gym bag, which included a signed Lonzo Ball picture. The camp quickly was underway and Lonzo led the warm-ups after a brief introduction.

The camp layout was structured and exposed the young players to all aspects of basketball fundamentals. They worked on drills that covered both sides of the ball. All of the kids enjoyed the camp setup and were very involved in every drill. The camp closed day 1 with an all-camp kids game.

The second part of the camp followed the same structure overall; however, Mr. Ball had a few surprised for those in attendance. The first surprise came when he announced that all camp members would be participating in a game of Land, Sea and air. The winner of this game would win a brand new Xbox One. All of those participants were eager to win and had lots of fun participating. The second surprise of the day came when Lonzo announced a different game and the winner would win a signed Lonzo Ball Pelicans jersey. The participants for this game were selected at random and gave these young kids the opportunity to showcase their basketball skills.

The camp concluded with a quick Q&A session and Lonzo Ball throwdown!

My son has been playing basketball for the past three years and has never been part of anything like this. He was really thankful to be part of this and it is definitely an experience he will carry for years to come. He has expressed his interest in being part of this camp in the future and is looking forward to obtaining his Pelicans Ball jersey for the upcoming season.

The Q&A section with Lonzo was pretty entertaining. He was put on the hot seat regarding his next shoe deal. However, Lonzo stated that was still up in the air. The kids asked Lonzo about his favorite game as Laker, which Lonzo referenced the second game against the Phoenix Suns. In addition, he was asked about his new team and how he will fit playing with Zion. Lonzo is excited to be part of the Pelicans young team.

It is always great to see someone from our side of town make it into the NBA. Lonzo grew up in Chino, California and is now a professional basketball player. And there is no bigger gift than giving back to your community. I would like to thank Lonzo Ball and his team for this amazing experience. A special thank you to the Empower Sports facility team for the hospitality.

Also, we had a surprise visit from LiAngelo Ball during the final day of the camp. He was interacting with the fans in attendance.