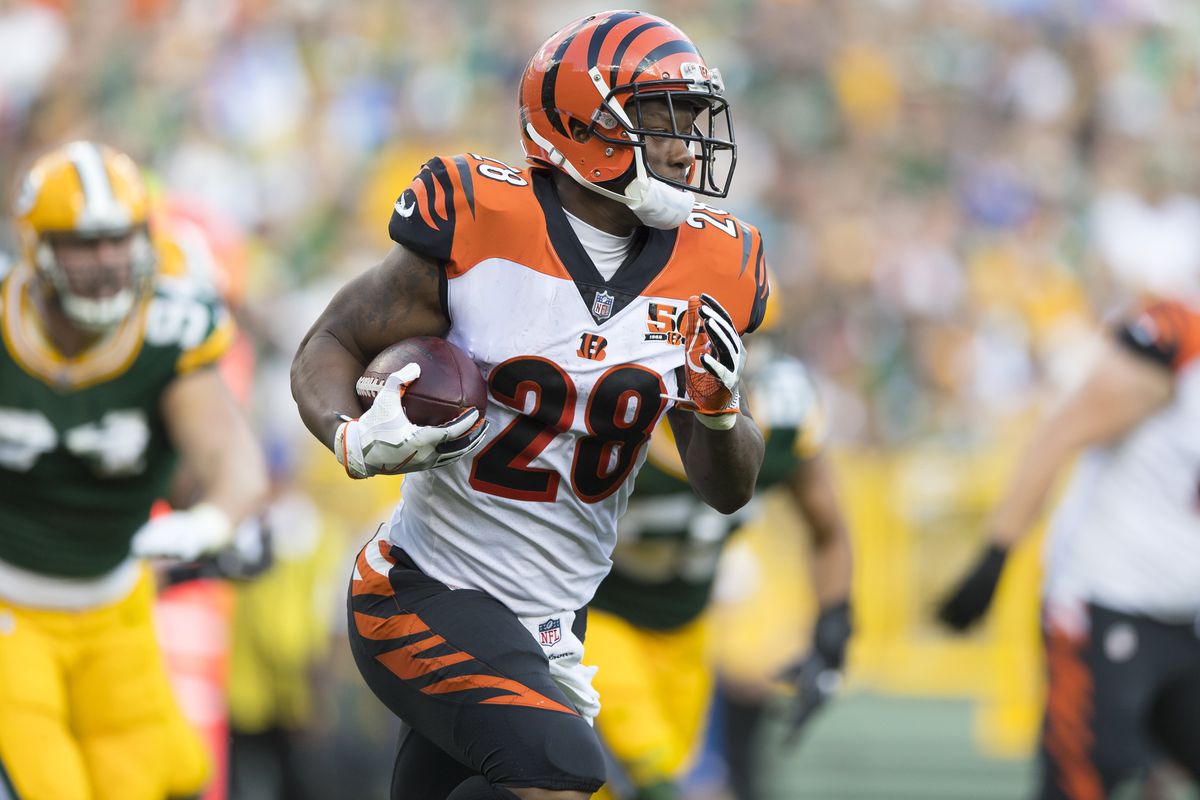 The early second round is no place to make a bad pick in your fantasy draft, and with running backs Joe Mixon and Dalvin Cook going in this area, an in-depth analysis is necessary in order to make the right decision for the 2019 fantasy football season.

Coming off a fantastic 2018 season Mixon found himself in the back end of round one, in terms of average draft position. But due to some recent injuries, the outlook for the Bengals season may look vague. Although injuries to star receiver A.J. Green and rookie tackle Jonah Williams has resulted in a small drop to Mixon’s ADP, I still am a firm believer in Mixon’s ability to produce consistent RB1 numbers for the 2019 fantasy season. Mixon was able to produce RB1 numbers in seven of the 14 weeks he played last season, and he had no weeks outside of RB3/Flex numbers. Mixon had a slow start to the season due to an early injury, but bounced back and immediately took the workhorse role for this underwhelming Bengals offense.

The early injury to Green has much of the fantasy football community worried about Mixon’s red zone opportunities, as touchdowns lead to RB1 production, but shockingly, as shown below, Mixon produced similar numbers when Green was off the field last season.

The Bengals will feed Mixon the ball week in and week out regardless of the game script. Another key point to highlight for this running back is the new head coach Zac Taylor. Coming from the Sean McVay coaching tree, there is an expectation that this offense will take a step forward, as the last two seasons McVay has been able to average 29.85 points per game. Although you can’t directly use these numbers to reflect how Taylor will you do, fantasy players can and should expect a bump up for this offense for the 2019 season.

Currently being drafted one pick after Mixon is an athletic freak of a running back, Dalvin Cook. Sort of an unproven start to his career, it is tough to gauge Cook’s real value, as he has had two injury-stricken seasons,. But when Cook does play, he is among the elite running backs that provide RB1 numbers. Over the last two years, only two things held Cook back from being a comfortable RB1: Latavius Murray and Cook’s frequent injuries. On the bright side, we know that Murray won’t be an issue, as he is now in New Orleans. The new backup to Cook will be third-round rookie Alexander Mattison.

Shown above is the opportunity percentage for each running back on a weekly basis for the Vikings, and in the weeks Cook was healthy, weeks 1-4 and 11-17, you can see the gap between Murray and Cook in terms of opportunities received. This shows that when healthy, the Vikings will feed the ball to Cook. He averaged 15.56 points per game in weeks 11 through 17, and two of those weeks were against the Chicago Bears, who had the best defense last season. Cook’s injury concern is the only risk in drafting him this season.

To me, this decision comes down to one thing: Dalvin Cook’s injury risk. I know, as well as most fantasy players know, that Cook has a much higher ceiling due to the better offense he is on as well as his explosive running, but in the first couple rounds of your fantasy draft, you want to be as risk adverse as possible. So, with that in mind, I will be taking Mixon over Cook.

Mixon’s floor is much higher, as the Bengals need Mixon in order to have a relevant offense. That need will result in tons of touches no matter the game script, and that is more appealing to me. I am not taking any chances in the second round in fantasy this year. If my second round pick gets hurt for most of the season, it will be a long road ahead to the championship. Play it safe and take Mixon.