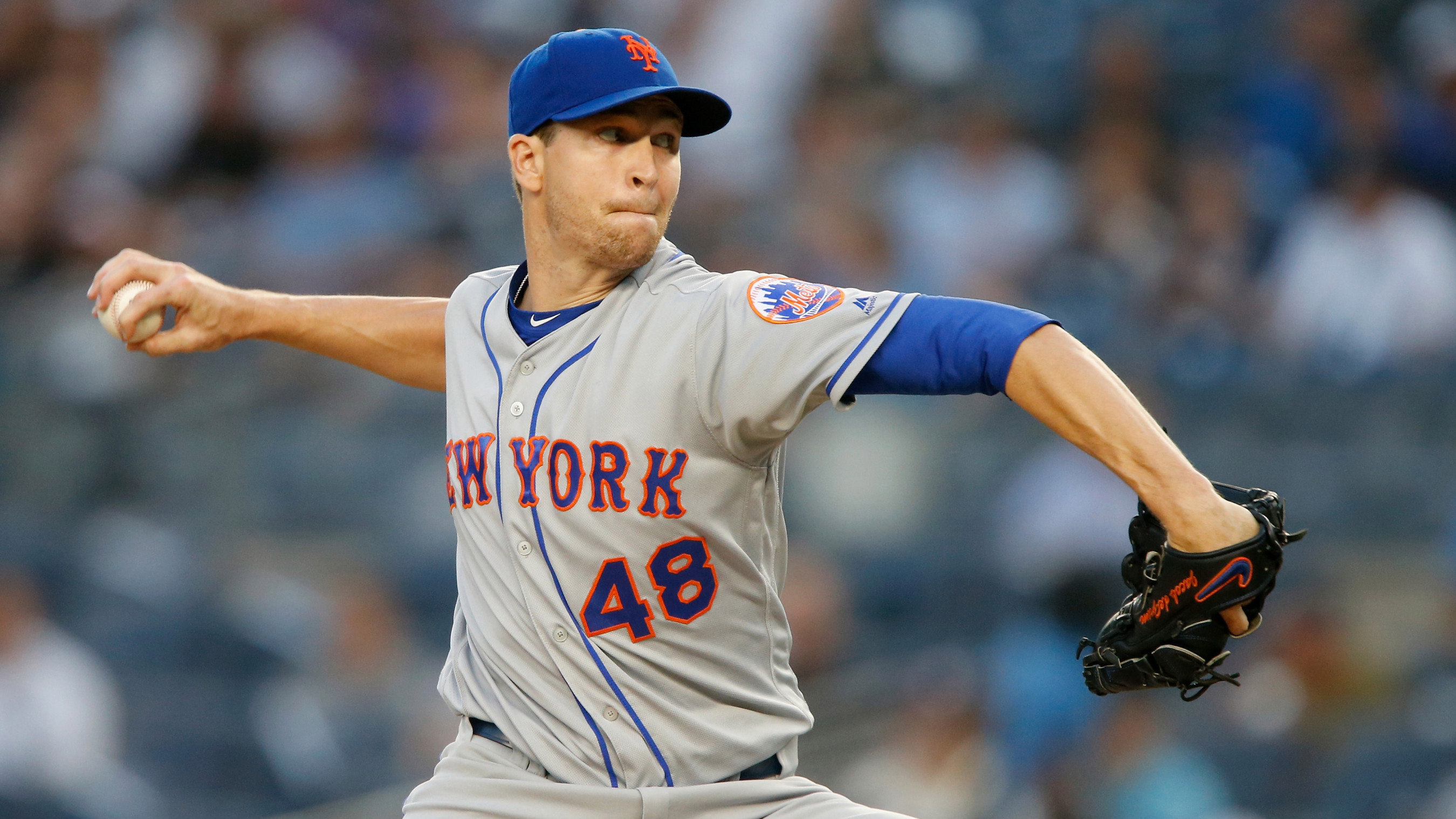 We are finally here — the MLB Trade Deadline. Teams have been mostly laying in the grass, by not doing a ton of moves. Perhaps the most notable move happened last night when the Reds (in a three-team deal) dealt Yasiel Puig to the Indians for pitcher Trevor Bauer. The Indians also got Franmil Reyes and lefty pitcher Logan Allen. The Padres received outfielder Taylor Trammell. I am not a huge fan of three-way trades, but this is the modern era of front office moves. With that said, keep an eye on Twitter to make sure your player does not get scratched before lock due to a trade.

This is a FanDuel-based article.

Jacob deGrom is at the top of my list for MLB DFS pitchers tonight. Not only does he have a quality start in eight of his past ten games, he is also facing the lowly White Sox, who strike out the most against right-handed pitching. The Mets are -160 favorites in this one, so I like deGrom very much for my cash game pitcher. I will pay down in tournaments, but I still think deGrom has the highest K upside on the slate.

I fully expect the Twins’ bats to be chalk tonight and, if they produce, Berrios should easily be in line for the win against Miami. He gets to pitch in a pitcher’s park and the Marlins strike out the sixth-most in MLB to right-handed pitching in their past 14 days. Toss this in with Berrios tossing a quality start in eight of his last eleven starts, and we have a nice discount if you do not want to pay up for deGrom.

This is a complete GPP play if you enjoy value pitching to pay up for bats. The Cardinals just took over first place in the NL Central, with their win over the Cubs yesterday. While Mikolas and STL are not favored to win, he is a good value against a Cubs team that has hacked their way to a 28.7% K rate in the past 14 days vs RHP. Their .197 AVG and collective .192 ISO are more reason for me to take the leap on Mikolas. While his velocity has not increased since last season, his movement on pitches has gotten better. This is a huge reason for his increased IFFB% and GB%.

While Plesac has been good in his past two starts, he is running right into the spanking machine of the Houston bats. They have been absolutely disarming (pun intended) right-handed pitching in the past two weeks. With a 44% Hard Hit rate, 45% Pull Rate and an MLB-best 23.5% HR/FB rate, they are atop my list as a 5+ road team implied run total bats. Brantley, Gurriel, Springer and Alvarez, in that order, are my preference. Altuve doesn’t suck if you want to mix him in there somewhere, if you’re making multiple lines. Just make sure you keep an eye closer to lock on the batting order. In high team implied total road games, you can sometimes get more out of bats towards the 5-6-7 spots at lower ownership in tournaments.

The Twins bats have been a popular place to turn this season, and rightfully so. They are boasting a .371 wOBA and a .253 ISO in their past 14 days, which is slightly up from their season average. My favorite batters from Minny are Nelson Cruz, Jorge Polanco and Byron Buxton. However, they will probably not all be hitting near each other in the lineup, so you can sprinkle in some Jason Castro, Ehire Adrianza and Miguel Sano. Yeah, I pretty much love this spot for most of the Twins lineup. Stack them in a way that makes the most sense with the rest of your lineup.

I bet you were wondering when I would get to Boston. Well, here we are, as they carry the highest implied run total on the slate. I encourage you to play them in cash games, with the likes of J.D. Martinez, Mookie Betts, Rafael Devers and Xander Bogaerts, as the ownership should be up on them. However, I do not mind a fade here for the simple fact that Tampa’s bullpen is the fifth-best in baseball, in terms of ERA. Kittredge will probably get the early hook and turn it over to his colleagues in the bullpen. In cash, play Boston bats. In GPP, I do not mind a mild to full fade for a lower-owned stack.