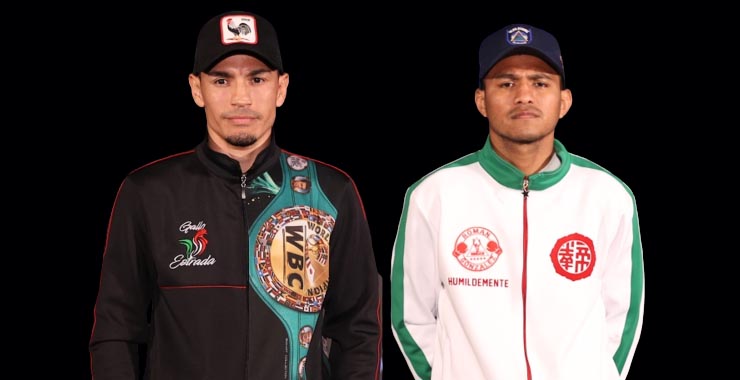 Juan Francisco Estrada will square off for the third time in the ring against Roman ‘Chocolatito’ Gonzalez on Saturday 3rd December 2022 at Desert Diamond Arena in Glendale. The two flyweights have so far met twice in the ring with both of them sharing the honors equally. Chocolatito won the first battle way back in 2012 where he edged El Gallo with a unanimous decision.

Estrada returned the favor last year when he controversially won a split decision in Dallas, Texas last year. Many onlookers believed that Gonzalez was robbed of a clear victory. But Chocolatito will have another bite at the cherry to settle the score once and for all. Estrada will have other plans as he is on a five-win winning streak.

He is coming off a rather scrappy win over Argi Cortes after the decision was awarded in favor of the former after the end of 12 rounds. Cortes brought the fight to Estrada and left him sweating during the whole bout. Cortes worked diligently inside but he was left gasping as the decision went against him.

Gonzalez defeated Julio Cesar Martinez on 5th March 2022 by unanimous decision in their 12-round contest at Pechanga Arena, California, United States. He has won four of his last five fights and is full of confidence heading into the bout. The 35-year-old will want to get another title under his belt as he faces a familiar foe in Estrada for The Ring & WBC super flyweight championship of the world. Here is all you need to know about this exciting 115-lb clash between the two of the very best in the division i.e Estrada and Chocolatito Gonzalez.

How to watch Estrada vs Chocolatito 3 Live Fight Online

The Fight card headlined by the Estrada-Gonzalez trilogy will kick start at around 08:00 PM EST / 5:00 PM PST at Desert Diamond Arena, Glendale, United States. The main event of the evening is expected to start at 11:00 PM EST / 8:00 PM PST. Its subscription will cost you $19.99 per month. You can stream the event on PC, Apple, Android, Fire TV, Roku, your Smart TV, and many others. While the fans in Britain will need to pay £7.99 to get access to DAZN.

Boxing fans in the U.S. and around the world will be able to watch this action-packed card on DAZN. This trilogy fight promises to be an absolute banger and if you are a boxing fan, you should not be missing this one. OolaTV will carry the rights to the live stream and the broadcast of the event.