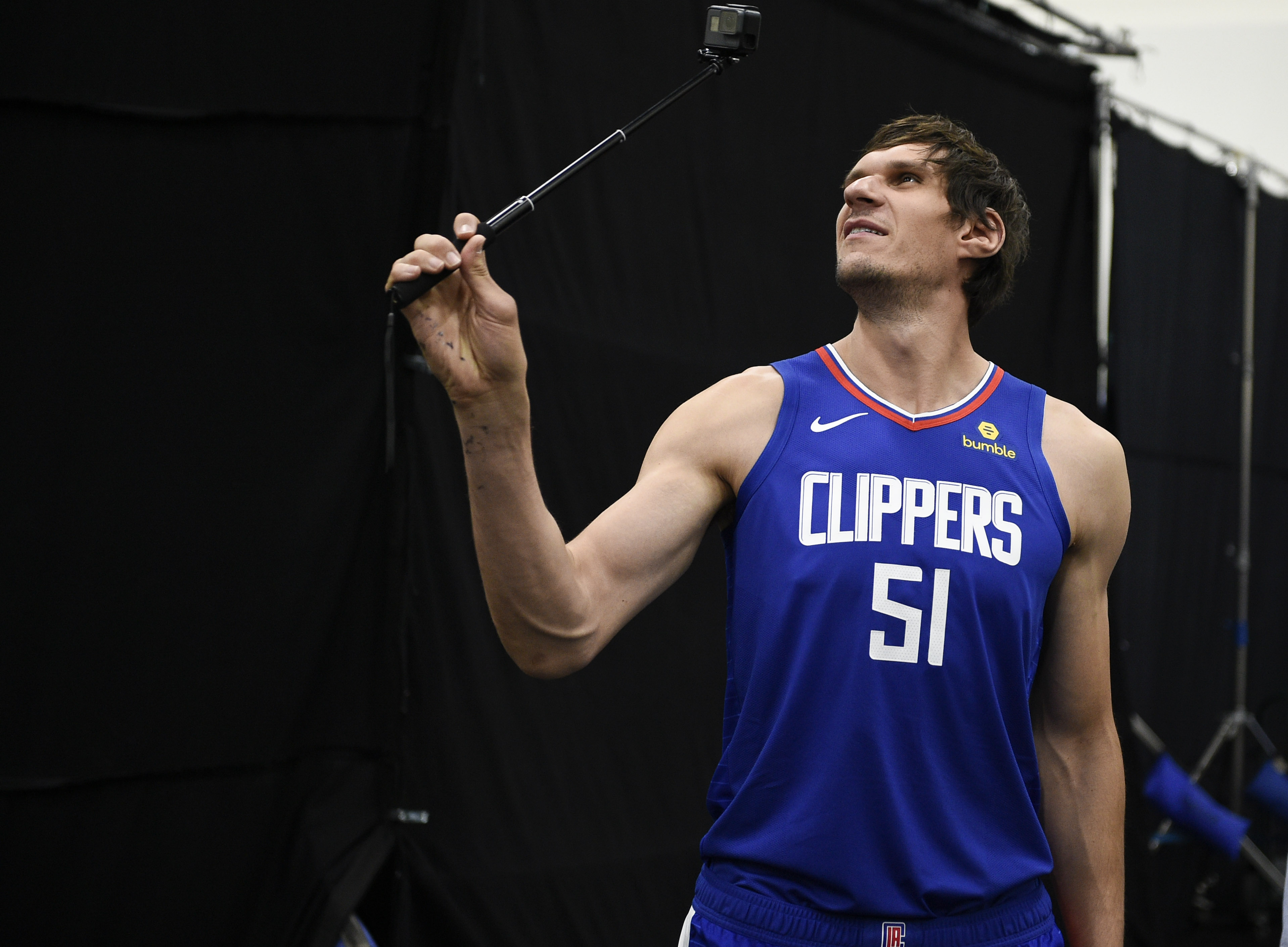 Thursday night, the Los Angeles Clippers fell to the Philadelphia 76ers 122-113. The loss marked the team’s second straight and fourth on the season overall. While the record is not bad, a glaring problem was exposed against Philadelphia. The Clippers lack a true star player, and the team will only go so far until they get one.

The Clippers have an offensively dynamic trio between forwards Tobias Harris and Danilo Gallinari and guard Lou Williams. Each of the three players are skilled bucket-getters. Harris and Gallinari are averaging roughly 21 points per game and Williams in contributing 17.9 per contest himself. The trio is certainly a formidable group to defend against.

That said, none of the three players are bonafide stars. Harris is enjoying his best season as a pro. Gallinari has bounced back nicely from a disappointing 2017. Williams is filling the same sixth man role he always has. All of them are above average NBA players, but not one of them is a great NBA player.

The need for such a talent was shown to the Clippers in Thursday’s loss. Philadelphia center Joel Embiid, who certainly fits the description of a star player, poured in 41 points to edge past the Clippers. The rest of the Sixers played just well enough to support Embiid and his dominant performance. The final difference was only 9 points, which makes it safe to assume the effort from Embiid was what made the difference between the two squads. The Clippers just did not have an answer for the Philly big man, nor did they a counter that could take over the game for LA in a similar fashion.

Simply acquiring any star player will not solve the problems for the Clippers, however. For instance, the team would have less use for a wing player with Gallinari and Harris already providing quality production from the 3 and 4 spots. A guard would much better suit what the Clippers need. Starting shooting guard Avery Bradley seems to have bottomed out, averaging only 7 points per game on 36% shooting through 8 games. The team’s leader in assists is point guard Patrick Beverly. Beverly is only averaging a pedestrian 4.6 assists again on the season.

With backcourt help established as the best focus for LA, one team’s struggles may present the Clippers with a golden opportunity. The Washington Wizards, a playoff team in 2017, are currently 1-6 and second-last in the Eastern Conference. The Wizards possess not one, but two, highly talented guards in John Wall and Bradley Beal. While Wall might be the better overall player, Beal’s contract is far easier to work with. Wall would help much more with ball movement than Beal, but Beal remains an improving passer and he has yet to be seen on a team without such a ball-dominant counterpart like Wall. The two teams also have a recent history in the trade department. The Clippers sent guard Austin Rivers to Washington for center Marcin Gortat.

Another potential fit is Kemba Walker of the Charlotte Hornets. At 4-5, the Hornets are floating between playoff contention and the lottery yet again. Should the team take a dive towards the latter, Walker’s name should find its way into trade rumors yet again. The UCONN product is currently enjoying his best NBA season with averages of 29.1 points, 6.0 assists, and 4.2 rebounds per game. Walker, like Wall, would immediately improve both the firepower and the ball distribution of the Clippers offense. The biggest drawback with Walker is his expiring contract, as any team would likely be reluctant to pay a hefty price to trade for a player that could bolt after only a few months. Nonetheless, Walker would instantly push the Clippers forward in a very deep Western Conference.

The best aspect of the entire situation for the Clippers is the timing. Both the Hornets and Wizards could lose leverage in negotiations if their seasons tumble too far down the wrong path. In a buyers’ market, the teams that feel they have no choice but to sell seldom get a great return for their assets. The Clippers also hold approximately $35 million in expiring contracts, not including the $14 million expiring deal of Tobias Harris. The ability to provide a capped-out team like Washington anywhere near $35 million is something almost no other team can offer. The worst thing for the Clippers to do now, though, would be to rush things. The team as currently constituted is still winning games. With so many tradeable assets, the Clippers should only deal when the deck is stacked in their favor.

NBA 2K League Combine Announced
Should the Washington Wizards Blow it Up?