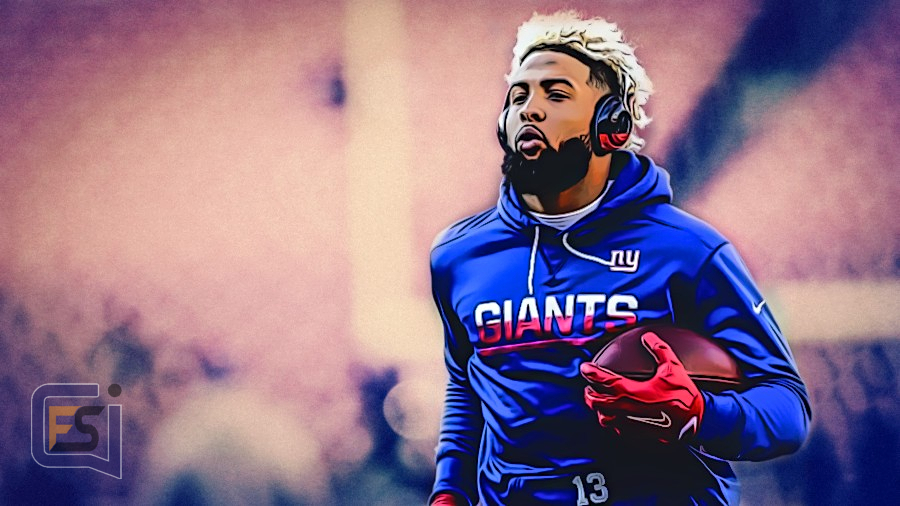 We’re in thick of fantasy draft season, which means we need all the strategy and information we can get. While the draft doesn’t determine the final outcome, it can certainly put you on the right path for a championship. With the increasing popularity of PPR leagues, the wide receiver position is as important as ever. The matchups they have are important too, since a true shutdown corner can throw a wrench into your fantasy week. With that being said, here are the five toughest wide receiver strength of schedules.

The easiest schedule goes to Washington, a group with plenty of question marks. Crowder will be a solid contributor in PPR, and he reportedly has developed a strong chemistry with his new quarterback. We’re still waiting on Doctson to live up to his pre-draft hype. Richardson is a talented, athletic receiver that came from Seattle, but still doesn’t have a defined role. Yes, the schedule is nice, but you don’t need to target this group.

The second-easiest schedule is to another questionable receiving corps. However, the Jaguars are different, since they are primarily a running team. Two negatives do not make a positive in this case. Marqise Lee has battled injuries, but even when healthy, I feel he has the tendency to disappear on the field. However, he’s still the number one. The second receiving job is still up in the air, with Westbrook, Cole, Chark and Moncrief all fighting for snaps. I like Westbrook as the best of the bunch, but he’s nothing more than a late round lottery ticket. Lottery tickets do have the potential to make you rich, so he could be worth a late pick.


Finally, a good passing offense. Alshon is still working his way back from injury, and he is likely questionable for week 1. This probably means we can label him as questionable for the other 15 games too, if history tells us anything. However, he is extremely talented, as is Agholor, who found success in the slot last season. He is also injured right now, but is likely fine for the opener. The Eagles replaced Torrey Smith with Mike Wallace, which is a major upgrade, in my opinion. Wallace is rarely being talked about, but he was a 1,000-yard receiver as recently as 2016. You can’t blame the Ravens struggles on him last season, so look for him to be a great weapon in Philly. Again, he’s a terrific lottery ticket, especially considering the health of Alshon Jeffery.


Odell is a stud, so not much analysis is needed there. He usually starts seasons slow, so don’t panic if he’s not producing initially. However, he was on track for his best season before getting injured last year. In his absence, Shepard grew as a player, and he’s looking to prove that he’s not just a slot option this year. I think he’s a great player, but he has to compete for targets with OBJ, Engram and Barkley. The third receiver spot should go to Latimer, who came over from Denver. He is a really talented player who should also see work on special teams. He’s probably not needed for anything other that super deep leagues, but keep him on your radar.

The Cowboys certainly have a less-than-stellar group, but they have to pass to someone. Hurns comes over from the Jaguars and hopes to lock down the top receiving spot. Injuries have limited his action this offseason and in past years, so it remains to be seen if he can be a go-to guy. Michael Gallup is the talented rookie Dallas has high hopes for, but he still has a ways to go before he’s a consistent option. Cole Beasley is a sleeper for me, so expect to see a deeper analysis on him soon. Primarily a slot receiver in the past, Beasley has also been working outside this offseason. Dak reportedly has the best chemistry with him, so after losing both of his security blankets this offseason, we can plan to see Dak go to Beasley often when he needs first downs.