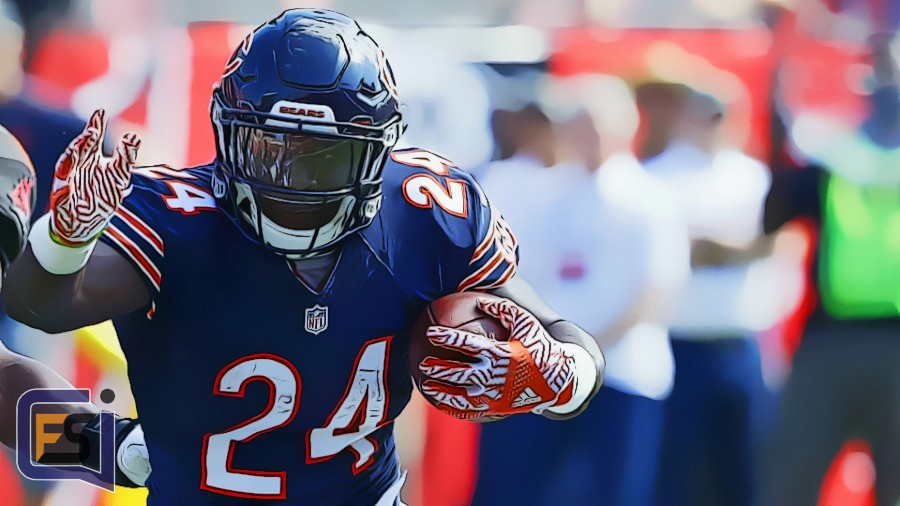 The easiest rushing schedule belongs to the talented duo in Chicago. This new look offense will really benefit Howard, since defenses won’t be able to stack the box anymore. Cohen also benefits, as new coach Matt Nagy has spent the offseason developing creative ways to get the ball in the hands of the electric second-year back.

Both of these guys are banged up right now…fun. We know that Patriots running backs all play a specific role, and when the game plan asks for it, they seem to go off. During the weeks that call for a different guy in the backfield, they may seem nonexistent. However, Sony Michel was their first round pick, meaning Belichick loves him, if Bill Belichick is capable of love. He recently had a minor knee procedure and should be ready for the start of the season. If he is able to stay healthy, he is the complete back that should have a role week in and week out.

Dalvin Cook was extremely impressive in his rookie season, before being lost to an ACL injury. Latavius Murray filled in and was moderately solid. According to sources, we may see more of a split this season than we initially thought. While this is a situation to monitor, there’s no question who the more talented player is. And with the third-easiest rushing schedule, there should be value to be had.

The offensive line for the Jets is terrible, but the running back talent is decent. I may be the only person in the fantasy industry to have Bilal Powell above Isaiah Crowell, but I have been preaching the same story all offseason. Crowell was not good behind a much better offensive line in Cleveland. Also, do we really expect him to get THAT much more of a workload than Matt Forte? I don’t. The Jets will be trailing more often than not this season, and when this happens, Powell will be in there. Powell has also started both preseason games so far. Wake up people…

Kenyan Drake and Frank Gore are still listed as co-starters, since Adam Gase loves screwing with us. While Drake will get the most work, as everyone expects, Frank Gore did not come back to Miami to stand on the sideline. He will get his touches and have some value this season. Do not sleep on the vet. When the Dolphins get in the red zone or need to execute a game-winning drive, don’t be surprised to see Gore out there.