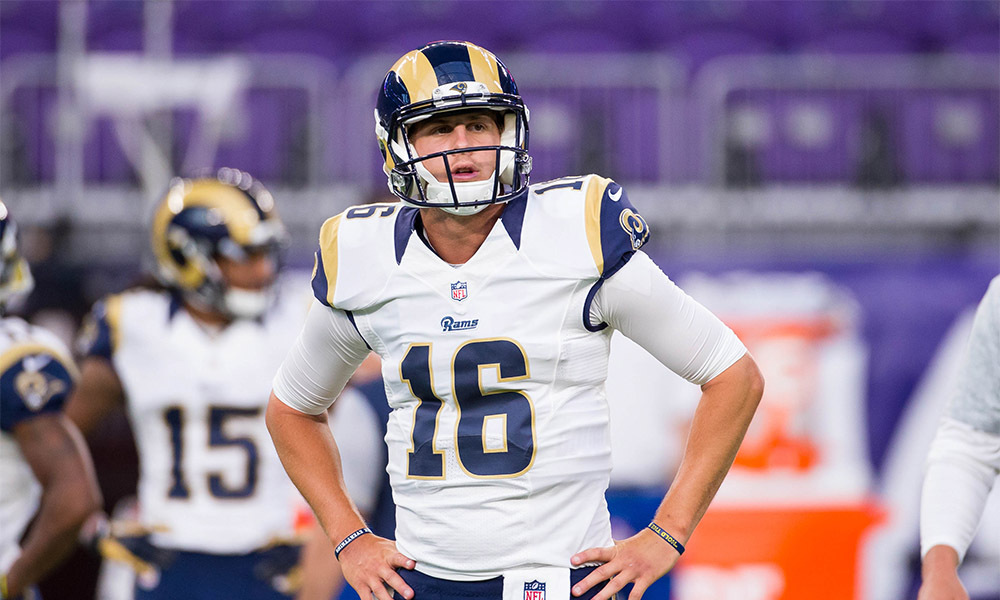 Days Until Football is a series in which I preview every NFL team, one a day at a time until the NFL season starts on September 6th. It will preview offense, defense, and give a prediction for the team’s record. Also, I will list a fantasy star and sleeper. Here is the Los Angeles Rams preview.

Last year, the Rams exceeded expectations. Jared Goff made a huge leap, Todd Gurley was an MVP candidate, and everything seemed to click in Sean McVay’s system. However, the Rams lost at home in the Wild Card game to Atlanta. Over the offseason, they acquired Brandin Cooks, Marcus Peters, Aqib Talib and Ndamukong Suh.

Brandin Cooks was acquired to replace Sammy Watkins on the outside, and he can definitely do that. Cooks has the speed to blow past a defender and already has three 1,000-yard seasons under his belt. Robert Woods and Cooper Kupp will be the receiving threats underneath for the Rams. After a letdown season two years ago, running back Todd Gurley had a breakout season last year. He finished second in MVP voting, and deservingly so. The running back achieved career highs in yards, touchdowns, yards per game, and reception targets. Jared Goff struggled as a rookie, but took off under the new coaching staff. He improved in every category and will be the key if LA wants to make a deep run in January. Without a good or elite quarterback, it is almost impossible to win a Super Bowl.

The Rams made huge improvements on the defensive side of the ball over the offseason. They traded for five-time Pro Bowler Aqib Talib and ball-hawking corner Marcus Peters. Lamarcus Joyner is a star in the making safety, making the Rams secondary one of the best in the league. They also signed tackle Ndamukong Suh, who has character issues, but a lot of talent. He has 289 tackles over his eight-year career. He will be paired with Aaron Donald, who is the best defensive tackle in the league. However, Donald has had contract troubles with Los Angeles in the past. The Rams traded Alec Ogletree and Robert Quinn, and they did not do anything over the offseason to really replace that talent. They will have to rely on Samson Ebukam, Cory Littleton, and Mark Barron.

I think the Rams will go 13-3, first in the NFC and my prediction for Super Bowl champion. The offense is stacked, with Jared Goff in his third year, Todd Gurley a top-2 running back in the league, and an improved defense. Sean McVay won Coach of the Year in his first season, and everything seems to fit perfectly in his system. The 49ers are on the rise with Jimmy Garoppolo, but the games against the Cardinals and Seahawks should be wins.