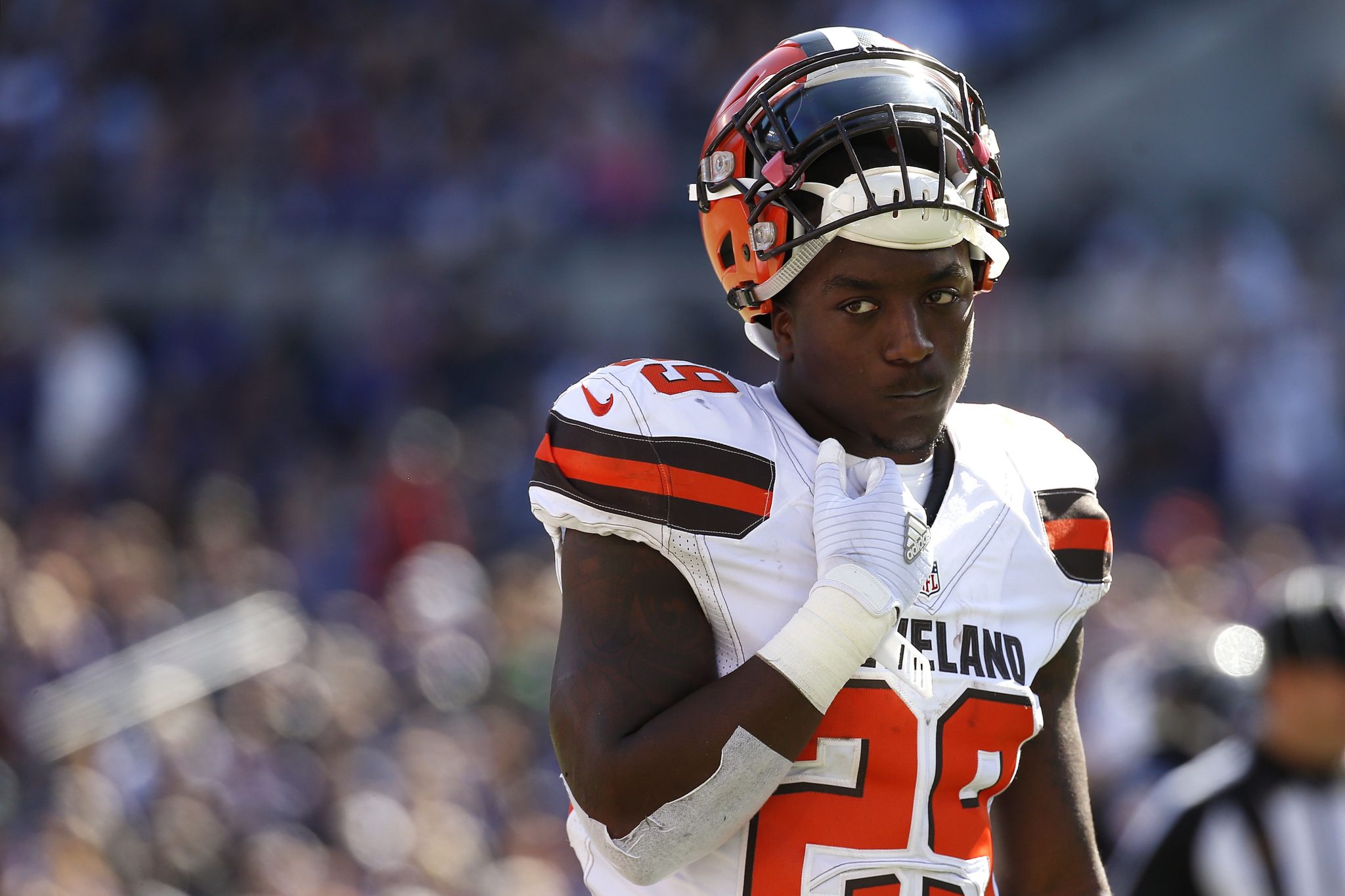 Duke Johnson was asked if there was anything that could make him feel wanted on the team, Johnson shook his head and said, “No sir,” per Daryl Ruiter.

John Dorsey, the Brown’s general manager, was the general manager in Kansas City before being fired in 2016 for the way that he handled the salary cap, his management style, as well as his communication. Kareem Hunt was drafted by Kansas City while Dorsey was still the general manager. The Chiefs traded three selections in the draft (104th, 132nd, and 245th) to the Minnesota Vikings to move up to the 86th draft slot and select Hunt, who is now a member of the Browns. As you may know, Hunt was released by Kansas City after a video surfaced of him kicking a woman in a hotel lobby in Cleveland. After the acquisition of Hunt, Johnson requested that he be traded.

Duke Johnson has reported for mandatory OTA’s, but has been very vocal that he doesn’t feel welcomed by the team. When asked about Duke wanting to be traded, starting quarterback Baker Mayfield’s reply was, “You’re either on this train, or you’re not,” per Mary Kay Cabot. Baker also stated, “He said he is a professional and I hope he does his job.”

When Freddie Kitchens spoke about Johnson he said to his knowledge, the Browns have not tried to trade Duke. He had a good practice and that they expect him to have a good year. He also said, “He wants to be traded. I want to win the lottery. It doesn’t matter. He’s under contract. He’s a Cleveland Brown. He’s going to be used to the best of his ability in what benefits the team,” per Aditi Kinkhabwala.

It appears there is miscommunication already amongst the team, as Kitchens said that he isn’t aware if they have tried to trade Duke. It was reported Johnson was put on the trading block earlier this offseason before he asked to be dealt. “My trade request was to meet them at a middle ground,” Johnson told reporters Tuesday, via the Cleveland Plain-Dealer. “I was put on the trade block a month before I requested a trade.”

Will the Browns Trade Duke?

It doesn’t appear the Browns will be moving on from Johnson if Kitchens has anything to say about it. While Johnson feels disrespected and unwanted, it isn’t going to surprise me if he is still on the team come week 9, when Hunt is eligible to return from his suspension. Then, the Browns may be more willing to move him. Time will tell if the elusive back gets his wish and is moved to a new team before then.

Alvin Kamara, Ted Ginn and Many Others to Compete in 40-Yard Dash Tournament
Steelers to Use Running-Back-by-Committee