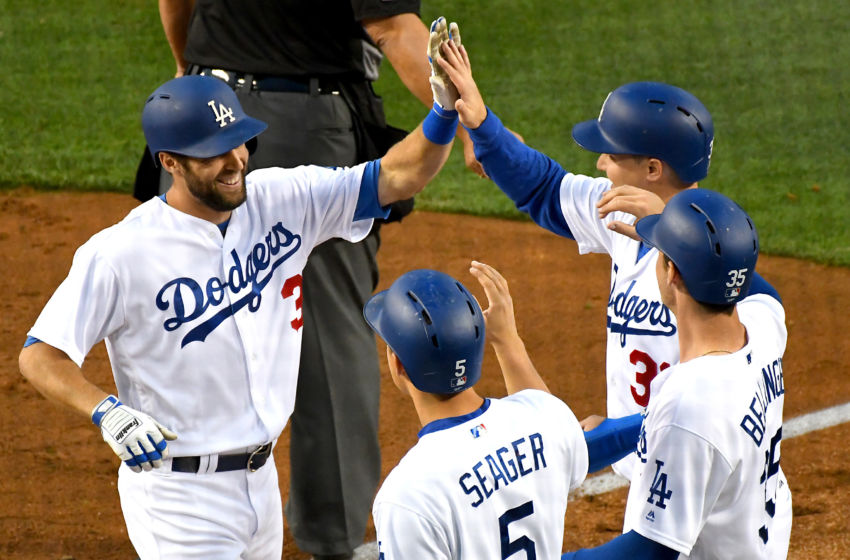 The All-Star Break is upon us as the unofficial first half of the MLB season comes to a close. Last night fans watched in awe of the raw spectacle of power that the Home Run Derby brings every year. Tonight, the best players from the American and National Leagues will square off in a battle for league supremacy in this year’s All-Star Game. With the latter two events being the only baseball until Friday, there is ample time to analyze where each team currently stands in the race to the postseason. With that, here is this week’s MLB Power Rankings presented by FlurrySports.

The Rays have found their way into not only the top ten, but also as the holders of the second Wild Card spot in the American League. Despite a shaky start to the 2017 season (going 12-14 in the month of April), Tampa has gone 35-29 since then as they’ve slowly climbed up in the standings. They boast the 5th-best home record in the American League (27-19), despite perennially abysmal attendance. The Rays will look to continue to bring their solid offensive output (133 homeruns, 4th in the MLB) as they continue to compete for the chance to make some noise this postseason.

The Bronx Bombers continue to bring the offense, scoring 5.55 runs per game (2nd in MLB) and blasting a team total of 132 homeruns (4th in the AL). The Yankees are no doubt enjoying the luxury of having 25-year-old phenom Aaron Judge in their lineup as he leads the majors in homeruns (30), on-base percentage (0.448), and slugging percentage (0.691). While starting off the season 43-35, New York has so far posted a 2-6 mark in the month of July, the primary reason for their dropping two spots in the rankings.

The Indians hold on to the 8 spot this week. The Tribe also holds on to first place in the AL Central, leading the second place Minnesota Twins by 2.5 games. Cleveland continues their effort to rebound from last year’s World Series defeat as their pitching staff dominates the opposition, posting the third best ERA in baseball (3.78). The Indians have a long way to go before wrapping up another division title, as the Twins (45-43) and Royals (44-43) continue to nip at their heels.

Of all of the storylines in the MLB this season, one that is being largely overlooked is the Brewers being at first place in the NL Central. Seriously, after the Chicago Cubs (43-45) won the World Series last season, did anyone honestly expect Milwaukee to be in first place? Did anyone expect Milwaukee to have 50 wins at this point in the season? The point being, this is not a team to sleep on. Not only have they received solid efforts from their pitching staff, their offense has also paved the way to success. In 91 games played, the Brew Crew have hit 138 homeruns, the second most in the MLB.

Boston is currently in first place in the AL East. They can ill afford to have any major losing stretches, as the Sox only lead both the Yankees and Rays by 3.5 games each. Their offensive attack isn’t particularly overpowering, only hitting 92 homeruns in 89 games played. Boston’s bread and butter has most definitely been their excellent pitching staff. Led by Chris Sale, the Red Sox pitchers currently post a team ERA of 3.82, the second best mark in the American League.

The Rockies continue to hit the ball well as they plate an average of 5.07 runs per game, good for the fifth highest total in the majors. On July 9th, rookie left-hander Kyle Freeland almost pitched a no-hitter at Coors Field. His no-hit bid was broken up in the ninth inning, but in the end Freeland still got the win. In 8 1/3 innings pitched, Freeland only gave up one hit, had nine strikeouts, and only walked three batters.

You can ask any casual baseball fan about the Washington Nationals and they’d probably say that they’re “pretty good.” They would be right. In terms of quality pitching and offense, the Nationals have consistently ranked within the top ten in most major statistical categories. Despite going 5-5 in their last ten games leading up to the All-Star Break, the Nationals still maintain a comfortable 9.5 game lead in the NL East, a lead that shouldn’t be going anywhere anytime soon.

Everything is going right for the Astros right now. Well, almost everything; they did move down a spot this week. That’s not to say that they’re playing poorly. They score the most runs per game (5.92), they hit the most homeruns (148), and their lineup currently boasts the best team batting average (0.289). Despite being without the services of ace starting pitcher Dallas Keuchel until possibly later this month, the Astros still have one of the best pitching staffs in baseball.

Of course the team with the best record in the MLB would come in at number one. While most would attribute their MLB-leading run differential (+163) to their pitching staff (*cough* Clayton Kershaw *cough*), their offense also produces an average of 5.14 runs per game (4th in the MLB). If that wasn’t enough to convince you, the Dodgers have gone 26-4 in their last 30 games. 26-4. No team in baseball is hotter than this one.

I Got 99 Problems, but a “Pitch” Ain’t One
Why Major League Baseball is Better with a Villain to Root Against