DeMarcus Cousins Agrees to One-Year, $5.3M Deal With the Warriors 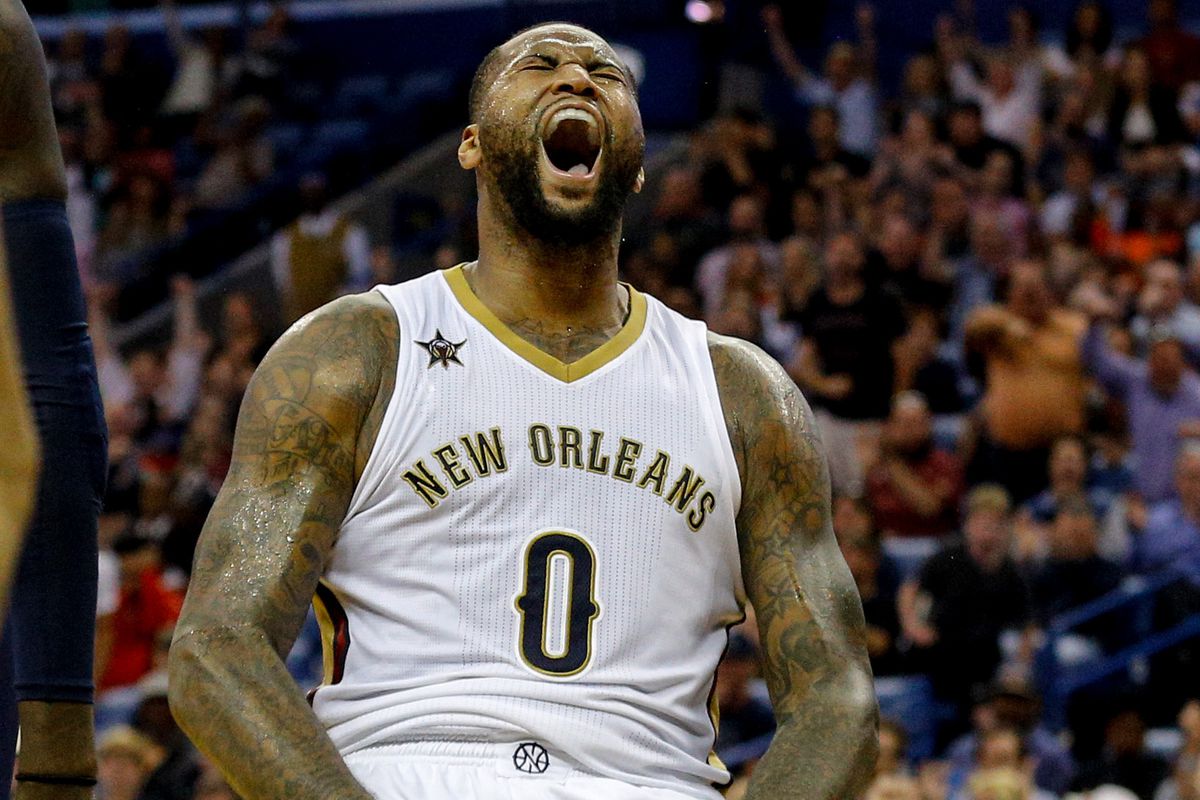 It seemed as if it was down to the Lakers or the Pelicans where DeMarcus Cousins would sign this summer. Out of nowhere, the Warriors swoop in on the 4x All-Star to create a super super-team. The Warriors and Cousins agreed to a one-year, $5.3M deal Monday night in a signing that shocked the NBA world.

The move makes so much sense for the Warriors, as their weakest position was at center. Golden State just went from JaVale McGee to DeMarcus Cousins. That could potentially be the greatest upgrade of all time. The Warriors get Cousins on a one year deal, which is good for them because soon they will have to pay Klay Thompson and then Draymond Green. They only give Cousins $5.3M, which means they will still have enough to go out and grab a few more bench pieces this summer.

For Cousins, this deal is him betting on himself. What better team to do it on than the reigning champions? If he plays well, or even average, he is almost guaranteed a ring. For him, a one-year deal on a low salary contract means that next summer, if he plays well this year, he will be due for a major contract somewhere else. He is also playing on a team that doesn’t constantly need him on the floor, which will be great for his rehabilitation. Cousins tore his Achilles this season to what many believe was because of over-usage. On the Warriors, Cousins can basically sit out any given night and it won’t cost his team a loss.

It’s hard to believe that Cousins takes this deal anywhere else but Golden State. If he can win a championship now while not needing to play right away or at an extremely high level, then why not? The Warriors just robbed the rest of the NBA. We can probably assume that this time in 2019 DeMarcus Cousins will be getting paid on a long term deal somewhere else as a newly crowned champ.