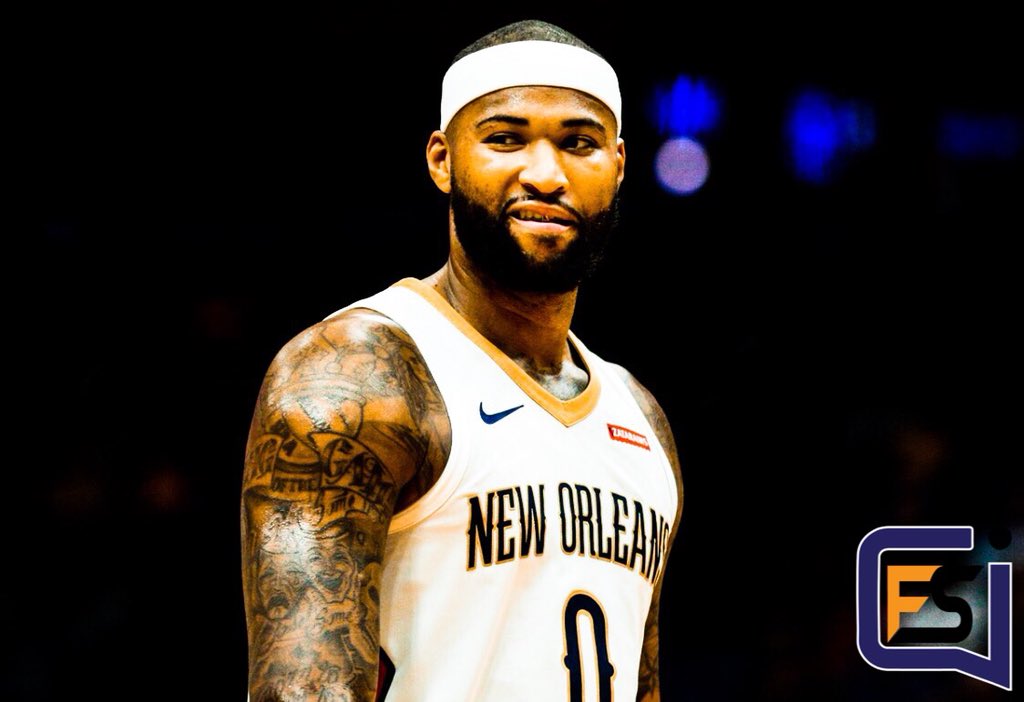 With the initial surge of free agency mostly over, NBA teams will now look to find the best available talent. There is still a lot of talent out there, and some of the excitement behind those free agents is dying down. Many quality free agents are restricted, which also hinders some of the intensity of free agency. Right now, we will rank the 20 best remaining NBA free agents, restricted or unrestricted. Also, we’ll give a couple options of where they should look to sign, or teams that should look at them to fill some holes.

As a 6’8” wing player, Anderson is highly skilled all over the court. However, his incapability of hitting a three-pointer is alarming. He has done very well in San Antonio, especially while Kawhi was gone, but can he only thrive there? Teams in need of floor spacing will quickly look away from Anderson. Although he plays solid defense, the offensive skill is where teams look. Expect Kyle Anderson to stay in San Antonio especially, if Kawhi is traded.

Jeff Green had a solid season in Cleveland this past year but still showed he wasn’t an NBA starter. He is a high energy player that can provide an offensive or defensive spark for most teams. Definitely out of his prime at 31 years old, but he still has a place in the NBA. His biggest weakness is he isn’t a three-point shooter, which hurts his stock in today’s NBA.

Monroe is an old-school center with good touch around the rim. He will not bring rim protection to the team he goes to, but he will bring grit and decent rebounding. Traded to the Suns last season from Milwaukee and then bought out, he finished the season with the Boston Celtics. Clearly, teams have a need for a center that can score. Monroe, at the right price, could be a decent starter or a great backup center.

A sweet midrange stroke is Beasley’s biggest strength. He can bring nice bench scoring to a team in need. He won’t do much anywhere else, except have some good rebounding games. Also, he doesn’t have much of a three-point shot, but many teams should be interested in his inside scoring.

Hood’s stock was extremely hurt this year in Cleveland. At times, it looked like he didn’t know how to make a shot. He proved he wasn’t as good of a three-point shooter as many thought. Some positives for him is that he is a good defender and has the quality size that many teams will value highly. Hood is also young and will probably sign for a lower value contract.

Exum is a young, well-sized point guard, but has had plenty of injuries in his young career. He isn’t a shooter, but has shown he can contribute in other areas of the game. If he was a better passer or rebounder, I think his stock would be much higher. Expect him to sign with a rebuilding team.

Despite being undersized, Harrell has a decent offensive game and will bring plenty of energy on both sides of the floor. He could be a great addition to a bench in dire need of a backup power forward. A big negative for him, however, is when he gets fouled, he can’t convert from the line. One great positive is that even though he is undersized, he can still rebound well.

Lopez is falling out of his prime and isn’t a great rebounder or defender. However, if a team gets Lopez at the right price, he can provide a lot of offensive strategy to a weak bench. Centers are scarce in the league, and his value is absolutely helped by this. Especially because he has shown the ability in his career to stretch the floor. There are no real rumors about him right now, so predicting his destination will be difficult until then.

You could argue that Isaiah Thomas should be higher on this list, but what we have seen from him is nothing short of alarming. He is undersized, has had a major injury, and has questionable shooting. I’m not sure if we will ever see Thomas be an elite point guard again in this league. I certainly think his time as a starting guard on a playoff team is over. Look for him to get his money wherever he can. Even if it means going to a rebuilding team.

Mbah a Moute’s defense last year proved to be essential in the Rockets’ playoff run. He was easily one of their best defenders, and with an improved shooting stroke as well. He can basically guard all five positions, which is ideal in today’s NBA. I’m guessing he will have plenty of buyers this offseason.

Ellington won’t have to worry about finding a new team. He averaged 39% on threes last season and a career-high 11.2 ppg. Any team that gets Ellington should be very happy with the signing. He’s a spark off the bench that can spread the floor, who wouldn’t want that?

Bradley was constantly hurt this past season, but look back beyond that and Bradley is one of the best two-way players in the league. An absolutely great defender, solid shooter, high character, and high basketball IQ player. Injuries will definitely cost him some money, but teams should be lining up to get Bradley on their roster. Expect him to have many suitors.

Potential Teams: Grizzlies, Clippers, Warriors, Suns, and many many more

LaVine came back from a torn ACL this season and somewhat underperformed. If he can get back to his original self as a high-flier and three-point sharpshooter, then any team should want him. However, many teams have big question marks about his ability to bounce back, especially with his lack of effort on defense. He should have a lot of potential suitors, but Chicago has a lot of cap space to match any offer.

Smart proved to be a key piece for the Boston Celtics this year, and he may be due for a big contract there as well. Boston can match any offer that comes in, and they should do so. His grit is almost unmatched in the NBA, and he can do a little of everything on the court. Marcus should want to return, and I fully expect him to, unless his price tag is too high.

Nurkic is one of the better centers in this league, but his inability to stretch the floor in today’s NBA is his biggest weakness. It will be interesting to see what Portland will do with Nurkic, because they have no cap space to resign him. Best case scenario for Nurkic would be to return, but it may not be possible. Therefore, Portland may have to let him walk or participate in a sign-and-trade, which would be great for Portland. Teams in need of a center should be drooling for the chance to get this big man.

Two ACL tears and an underwhelming playoff series have thrown wrenches into Jabari Parker’s plan to get paid. No question, Jabari is an elite scorer, but other than that his resume is weak. He’s not a great rebounder or defender, and this hurts his stock as well. However, scoring is the most important part of the game to many teams, and they would love another dynamic scorer. Milwaukee could match most offers, but if a team were to give him close to a max, the Bucks most likely couldn’t.

Randle had his rights to the Lakers renounced and therefore just recently became an unrestricted free agent. This will make his free agency much more intriguing. Randle can do a lot of things well inside the paint, including scoring and rebounding specifically. His range is decent but not yet threatening at all from deep. He isn’t a bad defender, but could be a lot better all around. Teams should be intrigued by his inside scoring, rebounding, and motor.

Tyreke Evans is by far one of the most intriguing players available at the moment. Most teams in the league would love to have him. With the outstanding season he had in Memphis, I fully expect a contender to make a run at him to improve a missing piece to the starting lineup or even make him the 6th man. Evans has met and will be meeting with multiple teams. Keep an eye on him and expect him to get paid!

Cousins would no doubt be number one on this list if it weren’t for his season-ending injury. Cousins proved that he could be a team player in New Orleans and is one of, if not the most dominant centers in the league. He rebounds, defends, passes, blocks, scores, and very athletic. He wouldn’t be back right away for the start of the season, which is a key reason many teams may be wary of signing him. Cousins won’t get a max deal nor will he get massively paid. I expect a three-year deal with an option in the final year. The money will be interesting, as it will depend on the team that signs him. I would expect him to go where the money is, even if that means it isn’t New Orleans. Some teams may need to move a lot of cap space around if they want him.

Potential Teams: Pelicans, Lakers, and Wizards (if they can move some contracts)

Capela is my number one because he hasn’t had a serious injury like Cousins and is much younger as well. Capela doesn’t bring as much of an offensive game as Cousins does, but will do everything else that is asked of him. He’s a tremendous rebounder and shot-blocker, as well as a runner on offense with the ability to catch lob after lob. His youth is the biggest reason why he is here. If a team has a chance to sign Capela, they should go all in on the young stud.

Potential Teams: Rockets, Lakers, Pelicans, and any team willing to give him a max contract