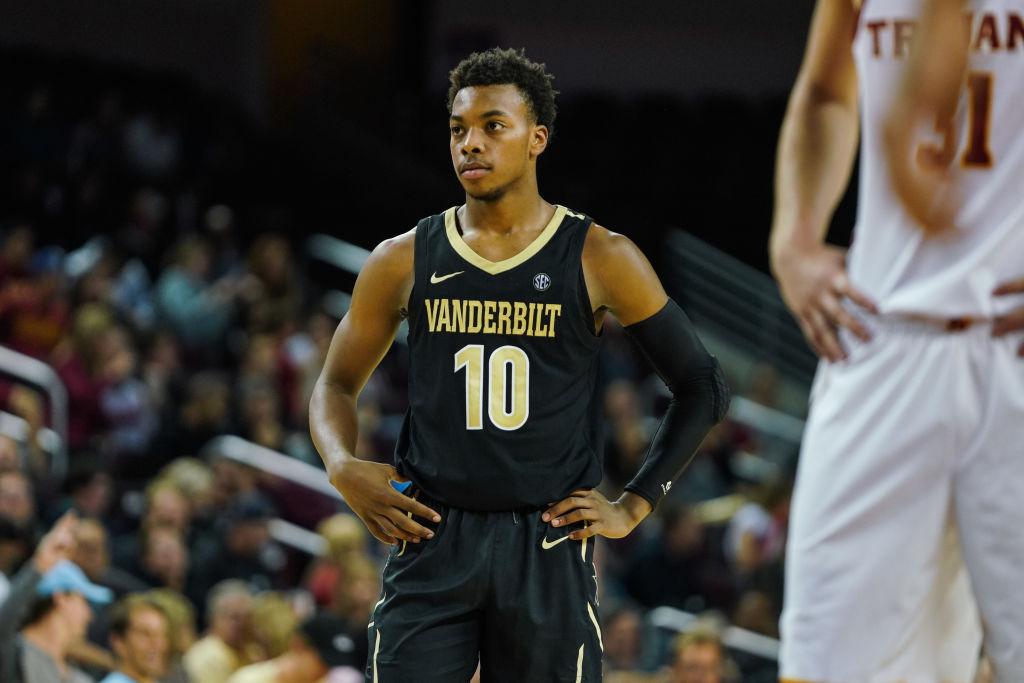 It has been pretty clear that Garland is the second-best point guard in the draft. Still, he offers plenty of ability to create his own shot and score at an effective rate from both inside the three-point arc and beyond it. Unfortunately, he was only able to play in just five games before having season-ending surgery on his left meniscus, because he showed in those five games the ability to make highlight reel defensive blocks and finishes at the rim.

Aside from the small sample size, Garland’s game struggles when he on defense. Garland’s defensive struggles are mainly due to his lack of size and he will need to put on weight to compete against players like Eric Bledsoe and Chris Paul. Garland also averaged 3.0 turnovers a game, which is a little worrisome. Many critique Garland for not being able to play above the rim, but his player comparison may reveal why that is okay.

When Irving was entering the NBA Draft out of Duke, he had a lot of questions surrounding him due to his small sample size. He also struggled on defense and in rebounding early in his career, which I suspect will be the case with Garland. However, both Garland and Irving are able to finish well no matter where they are on the court, even if it isn’t as powerful as other players like Russell Westbrook.

The Suns are in desperate need of a point guard to put alongside talented players like Devin Booker and Deandre Ayton. The timing here is nothing short of perfect and Garland fits in well with the timeline of the Suns, as they look to rebuild and bide their time until other powers in the Western Conference begin to fade.