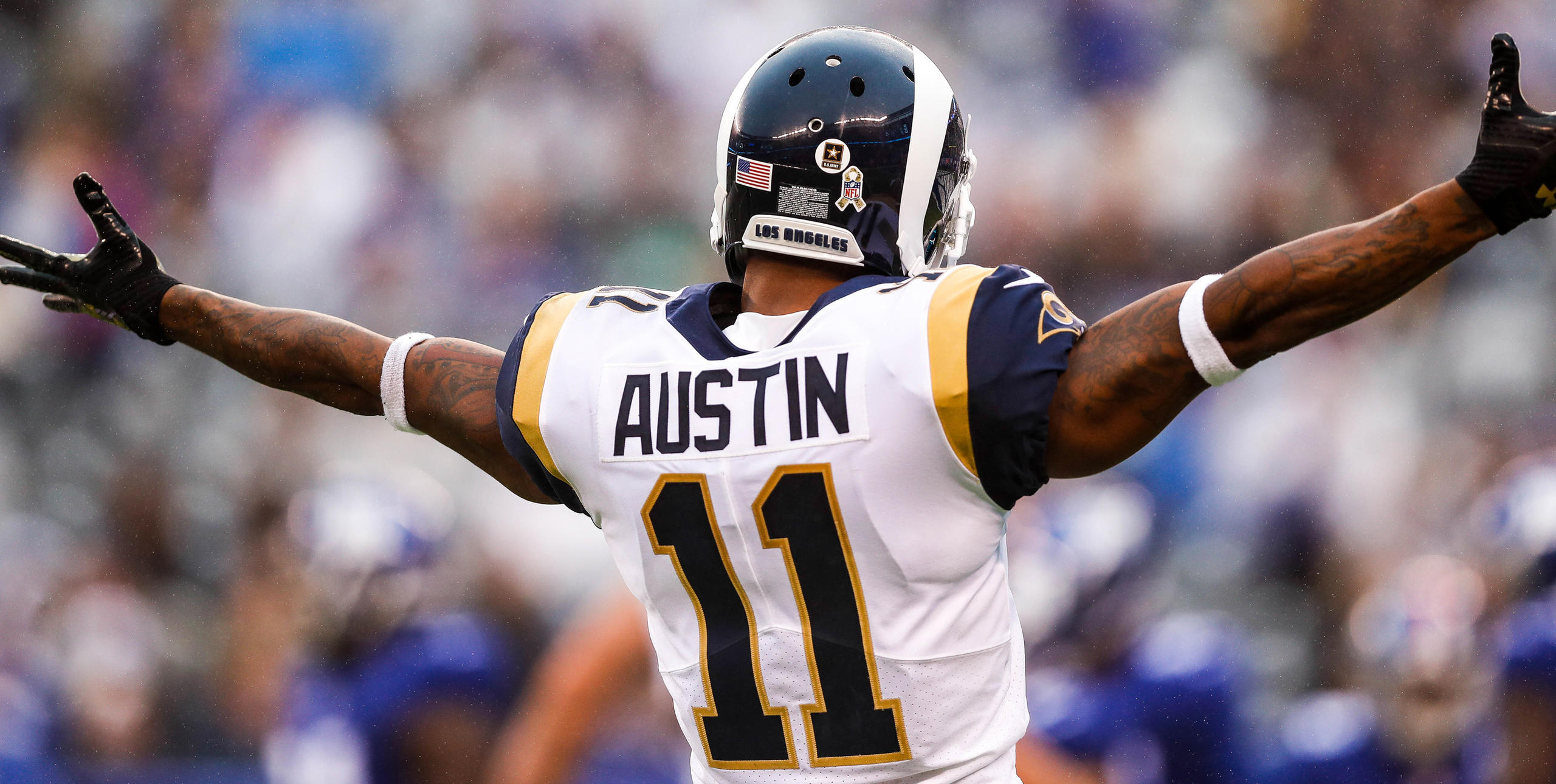 In a post-draft press conference, Dallas Cowboys vice president Stephen Jones shared his excitement about the newly-acquired Tavon Austin and said the plan is to give him “one or two dozen touches per game.”

Oh boy, here we go again with Tavon Austin. There hasn’t been this much excitement surrounding Austin since before he stepped on an NFL field. Since then, it has been nothing but fantasy heartbreak, and real heartbreak if you’re a Rams fan.

This is a player who was drafted eighth overall in the 2013 draft, but has failed to live up to expectations, to say the least. He was talked up to be a Swiss Army knife for a struggling Rams offense. He totaled only 49 total touches for 569 yards in his rookie campaign, and he has continued to be about that for his career.

Now a member of the Cowboys, do we need to take these Tavon Austin reports seriously? My first thought was no, of course not. I couldn’t care less about what the vice president has to see about player usage. However, offensive coordinator Scott Linehan recently had some words and insight to share from the Cowboys’ rookie minicamp.

“He’s really, in a lot of ways, some of his skill set is as an outside receiver, which is really unique. But he can move around [to the] slot. He can certainly have carries as well as catches from those positions…He can move into the backfield at times. He’s done that his whole career. He can move into the backfield and hopefully get a matchup where he can run a route that’s typically run by a running back,” said Linehan.

It sounds like they want to use him similar to the ways the Chiefs use Tyreek Hill. The NFL is a copycat league, so when something like that has been working in Kansas City, it’s not surprising that someone who’s basically a poor man’s Tyreek Hill would try to be used in the same way, but one-to-two dozen touches per game? Tyreek Hill never broke ONE dozen touches in a game last season.

After losing both Jason Witten and Dez Bryant, it’s clear there’s touches to go around in Dallas. Multiple guys will need to step up for this offense to be successful, and yes, I think Tavon Austin could very well be one of those players. A change of scenery and playing on turf could prove to be very beneficial for the shifty Austin. Barring injury, I think this could be his most successful season, but there’s no chance he holds up if they’re giving him 15+ touches consistently. If you’re staring at him at the end of your draft, he may be worth the flier, but do not reach for Tavon Austin.

Where I can watch 2022 BBMAs Red Carpet, Awards Show from Canada