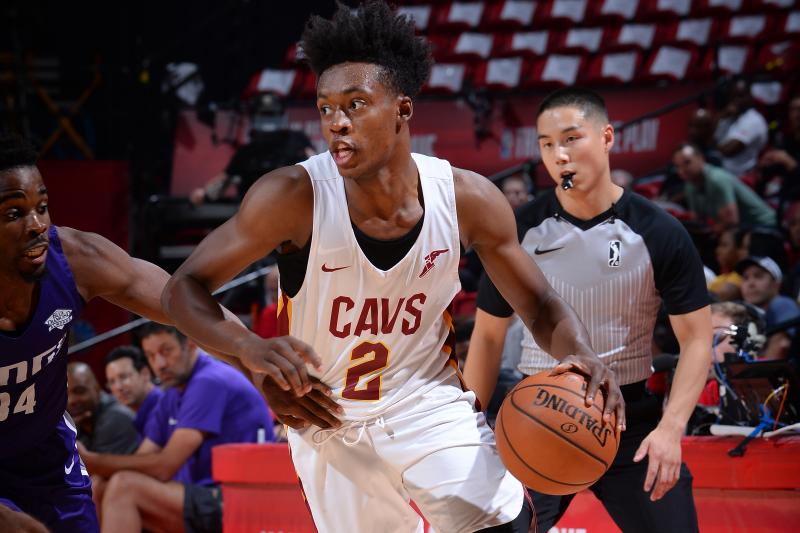 Sexton may be just 19 years old, but he is looking more and more like the best guard from the draft in the NBA Summer League. On Wednesday night, the Alabama product scored 25 points on 9-15 shooting. Sexton also added 4 rebounds, 7 assists, and a steal to his nightly totals. Overall, Sexton is proving he can score inside, but his three-point shooting was off tonight, as he went 0-2 on his three-point attempts. When combined with Cedi Osman, the Cavaliers are looking like they may be ahead of the rebuild process, since they are already acquiring young talent despite still needing to dump their bad contracts. This output by Sexton was his career-high in the three games he has played thus far and, again, he is looking as though he may have been a steal even though he was the eighth overall pick in the 2018 draft.

Justin Jackson finished with 20, and if you stopped there, you would think he had a great game. Unfortunately, that was not the case on Wednesday night, as Jackson shot an abysmal 7-24 from the field and 2-12 from three-point range. Both the eye test and the box score indicated that Jackson was undergoing a combination of both forcing bad shots and having bad luck on the ones that could be considered ‘good’ shots.

The King that did have an efficient output was Wenyen Gabriel, who put up 15 points on 5-6 from the field as well as 2 steals and a block. The Kings fell to 1-3 in the Vegas Summer League and are clearly missing Marvin Bagley III, who is out with a hip/groin injury for the rest of Summer League play. Meanwhile, the Cavaliers and their under-the-radar young core is now 3-1 and looking like they will be in the middle of the action when the elimination rounds begin.