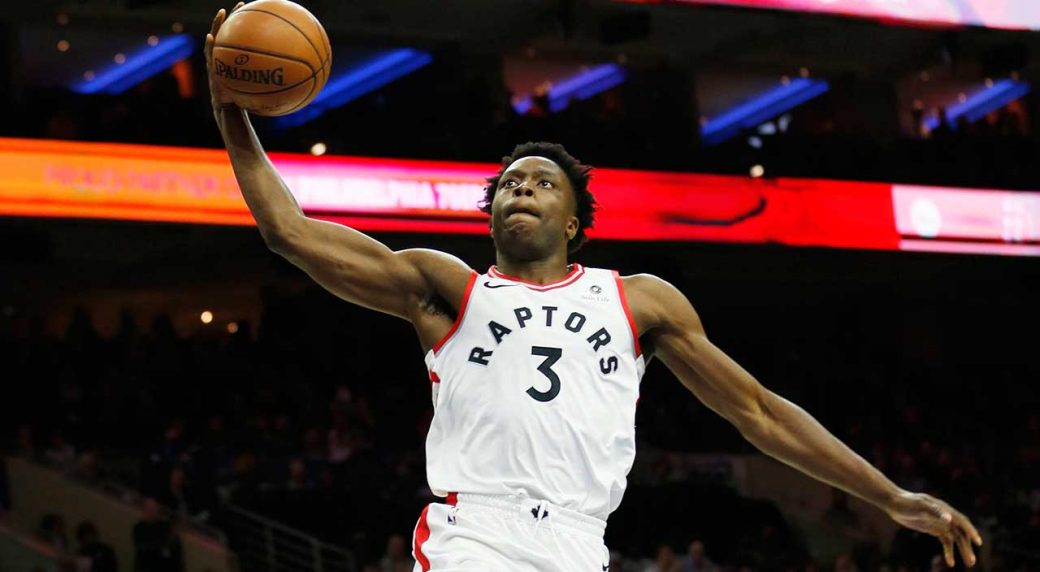 OG Anunoby was a pleasant surprise for the Toronto Raptors in 2017. It was not that the team questioned the potential of the 6’8″ wing. The team selected him with the 23rd overall pick, a clear indication the front office and staff viewed him as a talented piece. The surprise was how quickly the young swingman began contributing at an NBA level. Anunoby played particularly well in the postseason, where he started 10-of-10 games and saw his stats and shooting percentages rise across the board.

The next step for Anunoby involved becoming more aggressive offensively. The Raptors have lacked a true third option for a while now. After DeMar DeRozan and Kyle Lowry, the team prefers a more “offense-by-committee” approach. While the balanced attack was effective, it sputtered out as the team was swept by Cleveland in the Semifinals. A third offensive threat would surely help prevent such disastrous defeats. At 6’8″ 235 pounds, Anunoby has the body to be a physically dominant NBA player. Athletically, he can become one of those rare players that can do what they want when they want. That said, the aggression has to be there.

Such aggression was on display against the Nuggets in the team’s Wednesday win. Anunoby racked up 22 points, which led all scorers in the contest. He shot 9-17 from the field (52.9%) and seemed to be a man amongst boys at times. He also connected on 2 three-pointers, pulled down 4 rebounds and also blocked a shot in the winning effort.

Morris’s high level of efficiency continued as well. The second-year pro shot 7-12 from the field (58.3%), 3-5 from three (60.0%) and 4-5 from the foul line (80.0%). He also protected the ball extremely well, with just one turnover in 29 minutes of action. The low turnover rate has been one of the most noteworthy aspects of Morris’s summer performances thus far.

The Michigan native has a legitimate chance to push his way into the backup point guard role in Denver this fall. The Nuggets could look to bring Morris into the role as returning veteran Devin Harris will turn 36 during the 2018-19 season. Harris may not be completely taken out of the rotation but the room is there for Morris to make a big jump. If Summer League production has even a little to do with it, Morris has clearly earned his spot.