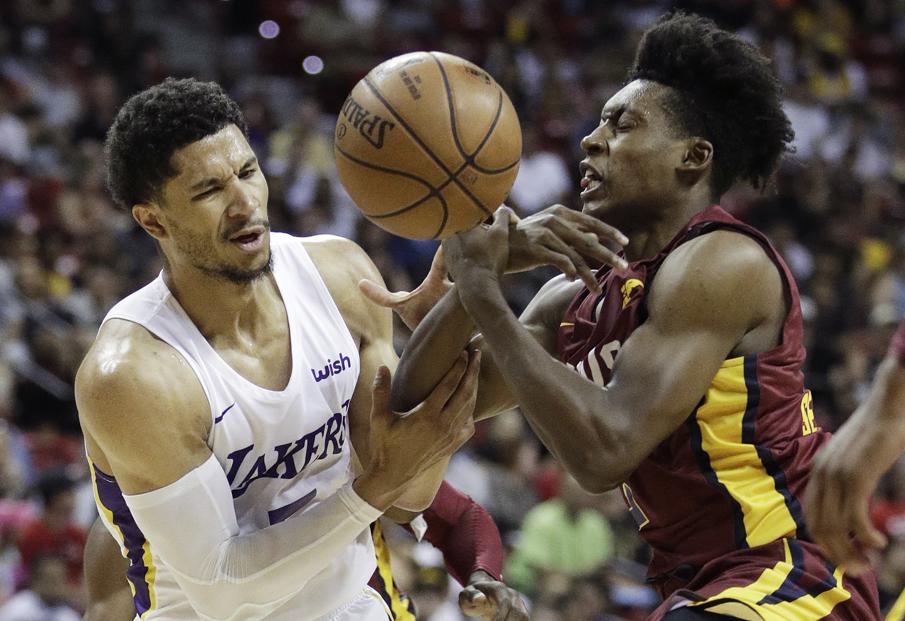 Collin Sexton Flexed for the Entire League to See

No, actually, Collin Sexton flexed in the 4th quarter while defending Josh Hart for the final shot in regulation with the game tied at 98. The Cavaliers may have lost this one in double overtime 109-112, but Sexton also flexed on the stat sheet, boasting 27 points, 3 rebounds, 2 assists, and 2 steals. Sexton was his team’s leading scorer, but also had 5 turnovers, which certainly hurt his team in the bigger picture of the game. Sexton is young, but he is talented, determined, and ready to flex on anyone he faces.

Josh Hart may have tossed up 28 shots, but he made 13 of them and had a game-high 37 points in this Summer League showdown. Hart also demonstrated he is an all-around player by grabbing 9 rebounds with this effort as well. At the same time, Hart’s counterpart Svi Mykhailiuk went 12-20 from the field for 31 points and went 6-11 from three-point range. The Lakers ended their Summer League 6-0 and, with this young core, may be able to provide the help to LeBron James, Rajon Rondo, Brandon Ingram, and company they need to make a realistic push in the Western Conference.

What a game.@joshhart goes OFF for 37 PTS as the Lakers take down the Cavs in double OT pic.twitter.com/R5nwXhloQg