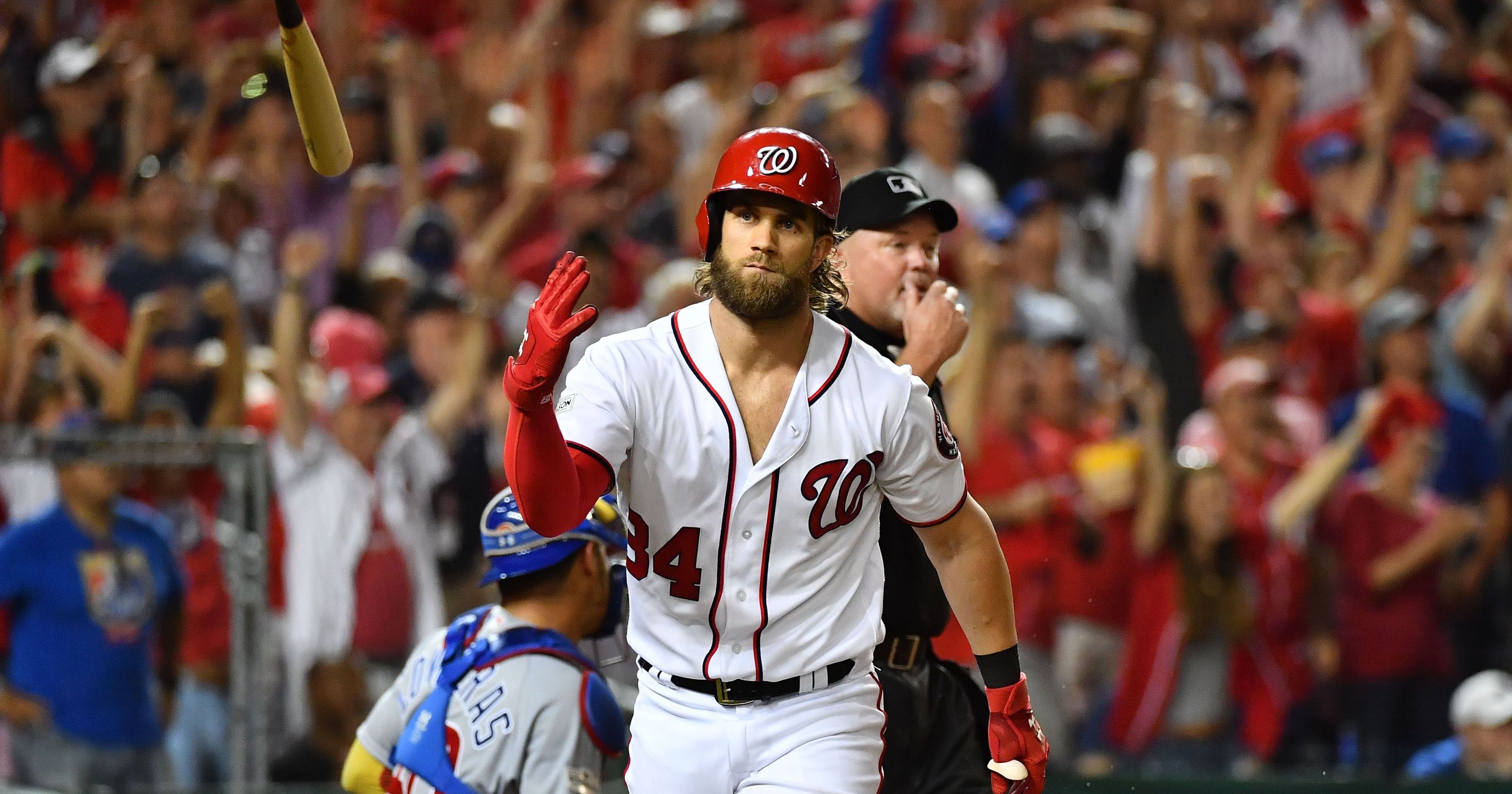 The 2018 T-Mobile Home Run Derby had no shortage of thrills.

On Monday night, the Home Run Derby took place at Nationals Park in Washington, D.C., kicking off this week’s All-Star Break festivities. This year’s Derby was heavily-anticipated as it included several big name National League sluggers, including the Washington Nationals’ own Bryce Harper.

The first round featured a major upset, as the Phillies’ Rhys Hoskins (8 seed) took down Jesús Aguilar of the Brewers (1 seed) by a margin of 17 home runs to 13. Next up, the Cubs’ Kyle Schwarber (5) walked off the Astros’ Alex Bregman (4) (the only American League participant) 16 to 15. Soon after, the Braves’ Freddie Freeman (7) put up only 12 home runs. That would not be enough to beat Bryce Harper (2), who walked off Freeman with 13 dingers. Finally, the Dodgers’ Max Muncy (3) would best the other Cub, Javier Báez (6), by a score of 17 home runs to 16.

The semi-finals featured two matchups that would really get the crowd into the contest. First, the underdog Hoskins was finally sat down by Kyle Schwarber, who hit 21 home runs to Hopkins’ 20. Mike Muncy would then make things too easy for the favored Bryce Harper, as he hit only 12 home runs in his final plate appearance. Harper picked up 13 with time to spare.

The final round was the best one yet. Kyle Schwarber led off with 18 home runs. Consensus among fans and the commentators was that Harper would easily be able to eclipse that number. During the first two-and-a-half minutes of his final plate appearance, Harper struggled to get in a groove. In the final seconds, he would recover and tie Schwarber at 18. Having acquired the 30-second bonus from blasting at least two 440-foot home runs during his plate appearance, Harper only needed a couple of swings to hit number 19 and win his first Home Run Derby championship.

Harper, with his dad pitching to him and being cheered on by his home crowd, no doubt savored what was truly a special moment. Bryce Harper participated in the 2013 Home Run Derby, losing to Yoenis Céspedes by just one home run in the final round. Harper and the Nationals have also struggled so far this season, with Harper hitting only 0.214 and the Nationals in third place in the NL East 5.5 games out of first place. With any luck, Harper and the Nationals will hope to carry the feeling and momentum from his win tonight into a strong second-half finish and return to the postseason.

Harper will start for the National League in Tuesday’s All-Star Game.

Top Ten WWE Superstars in the First Half of 2018