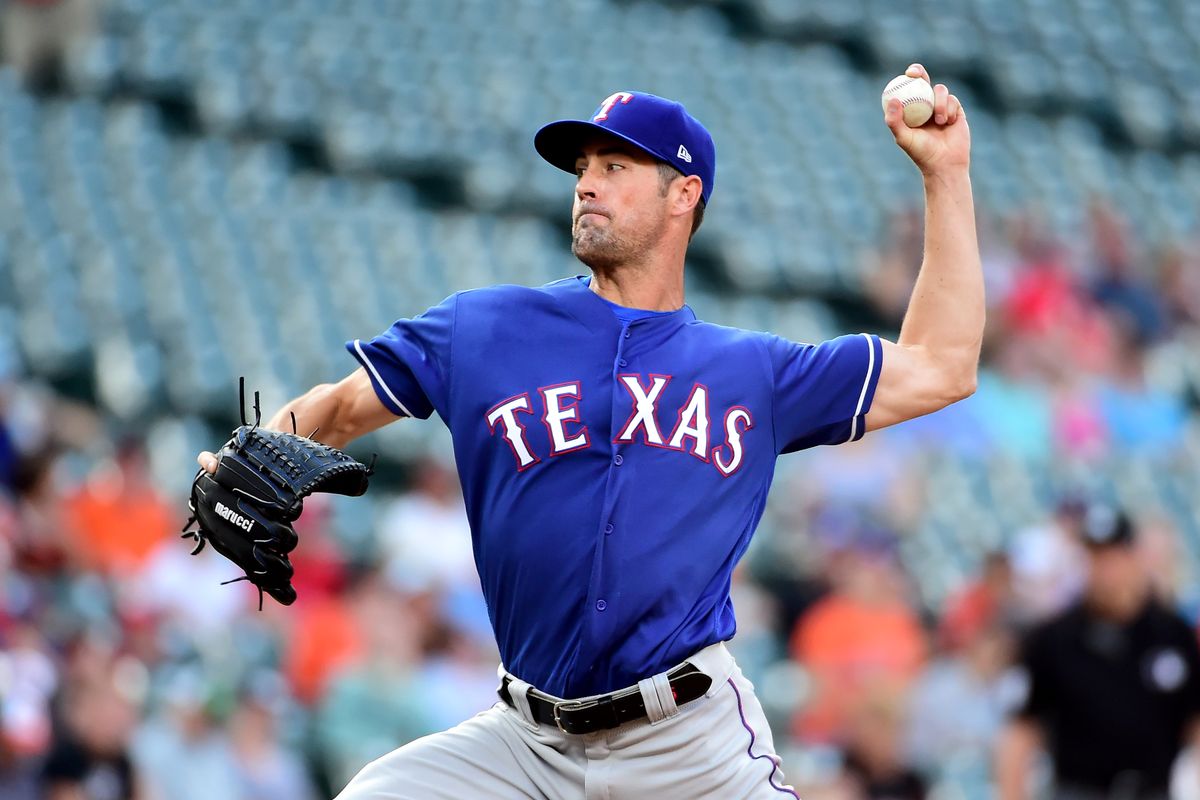 Another veteran starting pitcher is on the move. On Friday, the Texas Rangers agreed to send Cole Hamels to the Chicago Cubs (in addition to cash considerations) in exchange for two minor league pitchers. The Rangers will also receive another player to be named later.

Cole Hamels, 34, has a 5-9 record this season with a 4.72 ERA. Hamels’ numbers, however, are far better on the road. Getting away from the hitter-friendly park that is Glob Life Park, Hamels has a road ERA of 2.93.

Hamels spent the bulk of his career with the Philadelphia Phillies before being traded to the Rangers in 2015. The four-time All-Star appeared in back-to-back World Series with Philadelphia in 2008 and 2009. Hamels helped the Phillies to that 2008 World Series win, earning MVP honors in both the NLCS and World Series that year.

In other words, the Cubs are gaining a seasoned veteran on the mound with a lot of playoff experience. Hamels is in his 13th season and has a career record of 152-111 with a 3.43 ERA. He also has a 3.48 career ERA in 16 postseason starts.

“The Friendly Confines” of Wrigley Field have been especially friendly to Hamels. In six career starts at Wrigley Field, Hamels is 3-1 with a 1.76 ERA. Those numbers include Hamels’ final start for the Phillies before being traded in 2015, as he threw a no-hitter against the Cubs.

The Cubs hold a slim 2.5 game lead over the Brewers in the NL Central. With this winter’s Yu Darvish investment not yet panning out, Chicago needed another solid veteran in their starting rotation. The Cubs appear to now have that in Hamels.

How Will Last Year’s Top 5 Running Backs Perform in 2018?