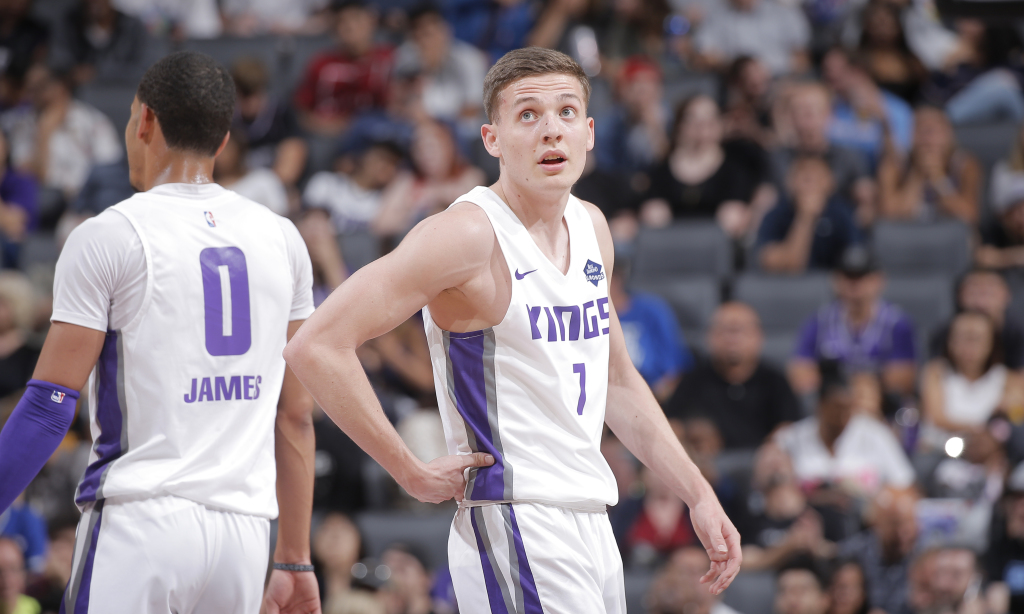 Cameron Payne Drops 32 Against Kyle Guy and the Kings

Cameron Payne Drops 32 Against Kyle Guy and the Kings

Fourth-year point guard Cameron Payne put on a show, by making seven threes on way to his 32 point. In the fourth quarter alone he had 18 points, including a 9-0 run by himself that put the Mavericks in the lead. Payne has had a disappointing start to his NBA career, to say the least, as the former lottery pick has been dropped by three teams and is currently fighting for his NBA life.

Virginia fans and now the Mavs’ Summer League Roster are well aware of the fact that Kyle Guy can shoot the lights out. Guy had the second-most points for the Kings, with 19, and shot 42 percent from outside.