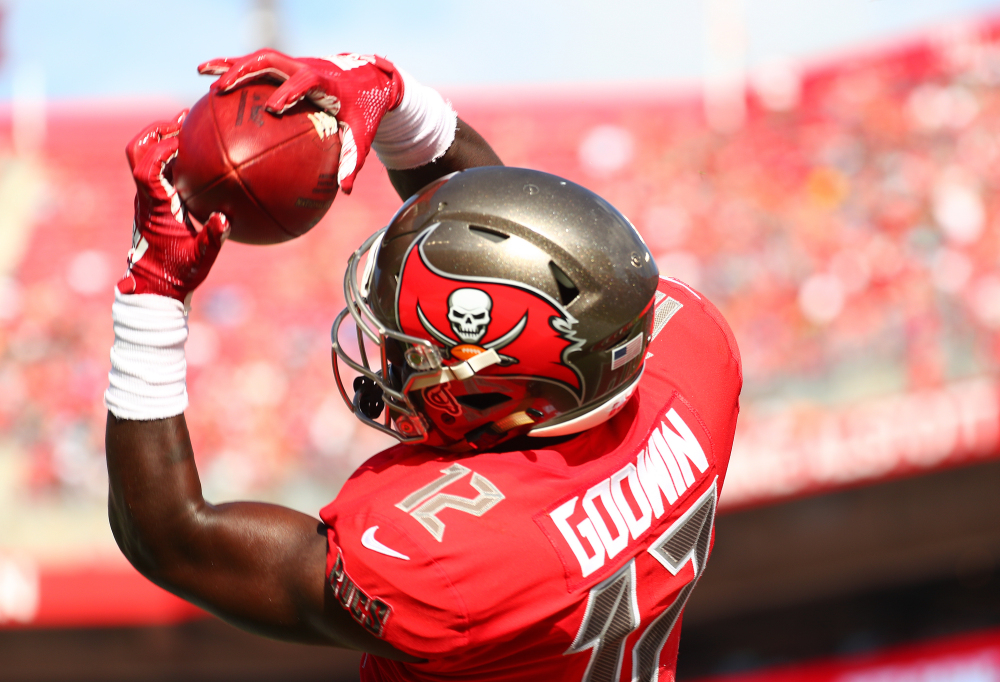 Draft season is here and with fantasy football drafts comes tough decisions on who to draft based on ADP. These three wide receivers are hovering right around the middle WR2 tier, with owners have big hopes for all three. Below is a look into which player I am buying, selling and holding, based on their current fantasy football ADP from FantasyPros.

Coming off a breakout season, Chris Godwin is in line for a huge role as the WR2 in a new look offense under Bruce Arians, who also said Godwin could be close to a 100-catch player. After finishing as the WR27 in PPR last season, Godwin is currently being drafted as the WR21 as a middle tier WR2 with tons of upside. With the departures of Adam Humphries and DeSean Jackson, that leaves 179 vacated targets and 10 touchdowns in a pass-heavy offense.

For me, it is hard to find the logic behind the hype for this wide receiver. Calvin Ridley had an extremely touchdown-dependent rookie season and he will probably be looking for another similar season to provide fantasy value in 2019. Hauling in 10 touchdowns on only 64 receptions seems unrealistic for a repeat, and without touchdowns, Ridley’s other metrics will not return enough fantasy value, especially in PPR leagues. Ridley hauled in a 15.2% target share on a pass-heavy team and only played on 65% of the team’s snaps. This Falcons roster has a ton of other weapons, so I am selling Ridley at his current ADP and looking elsewhere.

Tyler Lockett’s 2018 reminds me of what Calvin Ridley did last season, but I see a little more hope as to what is to come for the 2019 season. Lockett relied on double-digit touchdowns to propel his fantasy finish, as he only had 70 targets last season, but Lockett’s other metrics provide some optimism for the 2019 season. He had an 89.6% snap share and lined up all over the field last season, even getting some work in the return game. Unlike Ridley, the Seahawks NEED Lockett, and that need alone is going to provide him with fantasy value. Lockett sort of broke the wide receiver spectrum, as he recorded top three finishes in target premium, production premium and QBR when targeted. He is an efficient wide receiver and I think the best route to go in drafting Lockett is to hold and not reach on him.