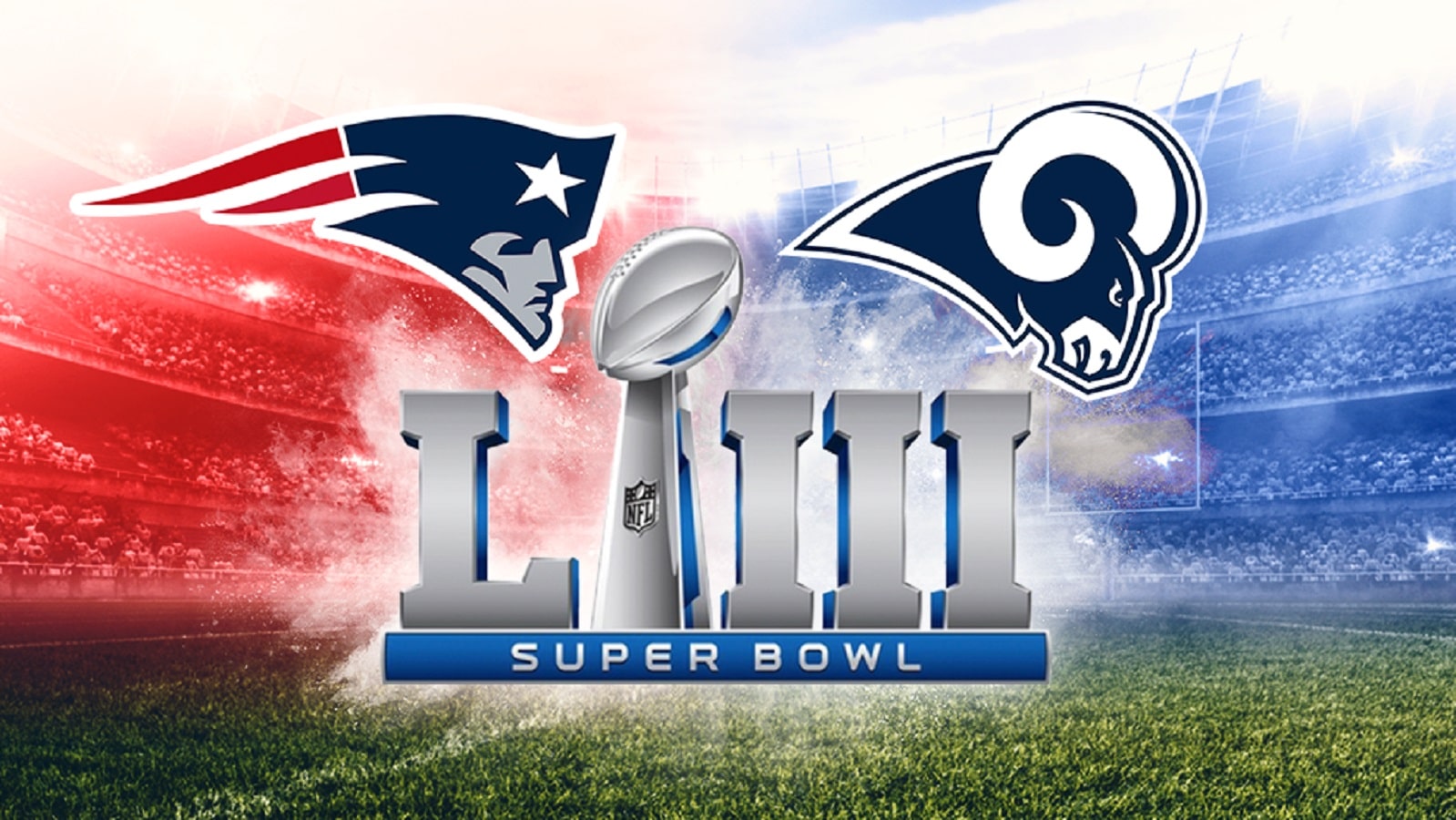 Super Bowl LIII is officially here, featuring the New England Patriots against the Los Angeles Rams. Of course, there were plenty of controversial elements from Championship Sunday, angering even the most invested football fans.

If you’re part of the club boycotting the Super Bowl, thinking it will do anything, that does not mean you should miss out entirely! Fine, sit in a different room so you can be THAT GUY the next week, but at least make some money while you’re doing it! We all know about the bets picking the winner and the over/under, but it’s the prop bets that are most fun and often bring great rewards. For example, here’s a list of all the Tony Romo-related bets!

Included below are my favorite prop bets for the Super Bowl, including where my money will be going. I have found the best prop bets and odds are actually over at Bovada. So even if you are signed up to play on another site, for example MyBookie, it’s smart to have access to multiple books in order to put money on the best odds. You can sign up on Bovada here just in time to make money with me on Super Bowl Sunday!

How many times will the broadcast mention Sean McVay’s Age?

Over 1.5 (-270) — Tony Romo is fully aware of this bet and asked specifically how old McVay is. Romo loves being the favorite commentator right now, and he will look to grow his popularity by hitting the over for us.

It’s also the easiest bet of the game considering the excuses to talk about his age. McVay is the youngest head coach in the league, he’s the youngest ever to win a playoff game, he played college football against Julian Edelman, and he was just 14 when Tom Brady was drafted. LOCK!

How many Replays will be shown of Ted Rath holding Sean McVay back during the game?

Over 1.5 (-140) — If you somehow missed this, coach Ted Rath’s game day duties include following Sean McVay around and pulling him back every time he gets in the ref’s path. The over/under of times he will be mentioned is at 3.5, so it seems like a safe bet that they’ll show McVay getting pulled back at least twice.

How many times will CBS show pictures of Sean McVay in College?

Over 1.5 (-160) — Every time a picture is shown, it will count as one. If they don’t show multiple pictures of McVay when talking about how him and Edelman played against each other, they will flash back to him by talking about how Brady won a Super Bowl before McVay was even in college, or something like that.

Over 3.5 (-200) — The Patriots are known to spread it out anyway, so this should be another easy one. Gostkowski and Tom Brady are locks, we can assume either Michel or Develin will run one in, then Gronk, White, or Edelman will be used by Brady in the red zone.

Will any TD be overturned by replay?

Yes (+145) — With the way this season has gone, it’s only right that a touchdown gets overturned and the opposing fanbase calls shenanigans on the other. For style points, I’ll predict it’s Tyler Higbee from the Rams.

Will both teams combined score 76 or more points to break the Super Bowl record?

No (-700) — I actually believe the game will go under the projected total, as I’m sure you read on FantasyPros here. Considering this, I HIGHLY doubt there will be a record number of points scored.

Now, I actually believe the first New England touchdown will go to Rob Gronkowski (+450), so you can put some money on that. However, I don’t think we can ignore James Develin and his play recently. Across all sports books, his odds are at +3000 or better, so it seems foolish to ignore these odds.

Over 4.5 (-500), Under 8.5 (-325) — I like both of these bets. I think we see 3-4 touchdowns from each team in this game, with kickers also getting put to work after some red zone stops, since both of these teams like the ‘bend but don’t break’ approach. My specific prediction is seven touchdowns in this game, which is another prop bet, but this gives us a little wiggle room with these two bets.

Under 0.5 (+125) — Strangely enough, the Patriots have scored a total of just three points in the first quarter through eight Super Bowl appearances in the Belichick/Brady era. They typically start slow and make adjustments to win the game. I have no reason to believe the ninth time will be the charm.

Under 6 (+110) — Kyle Van Noy is a very good player and has made some big plays for the Patriots this season. However, I think the under is the better bet here. Last game, Van Noy had a combined total of 10 tackles, which was only the second time he reached double-digits this season. But even if we include this high total, he has averaged just five combined tackles over the past eight games.

Over 54.5 (-160) — This season has been a rough one for Rob Gronkowski. He has really struggled, but looked good last game after receiving a season-high 11 targets. Against this Rams defense, one of the ways you can attack it is with a talented tight end. They have given up an average of 64 yards per game to tight ends, and that is with four games coming against the Seahawks and Cardinals, not to mention they also played the Lions, Raiders, Broncos, and Saints twice. Gronkowski and this offense are peaking at the right time, and I expect him to be a go-to up the seam on Sunday.

Over 15.5 (-130) — Another way to attack the Rams is with the matchup of a receiving back on their linebackers. We also know what James White can do in the postseason, especially the Super Bowl. With how aggressive this defense is, they have the tendency to overplay. I think they will do just that on Sunday, which will allow White to break one for 20+.