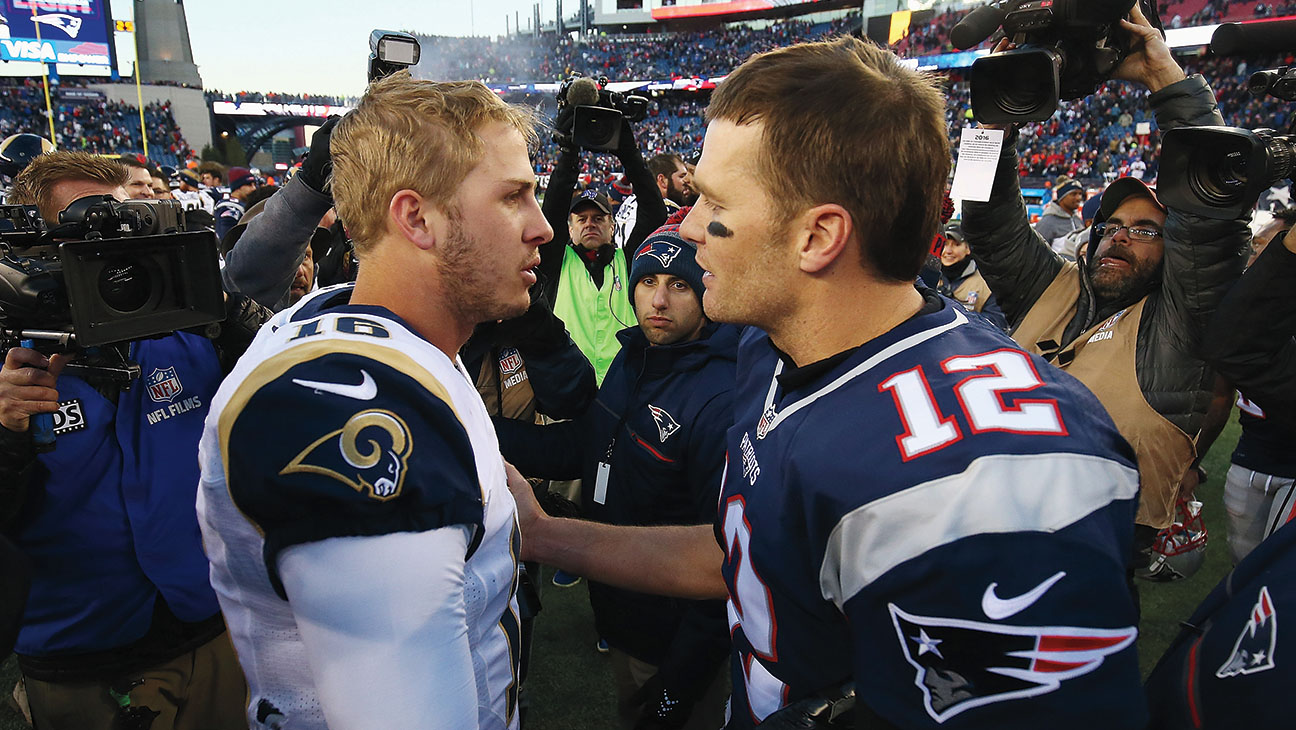 The big game is finally here! The New England Patriots and the Los Angeles Rams will face off for the Lombardi Trophy. The title of World Champions. The bragging rights for an entire year. The whole enchilada! Are you surprised by the matchup? Of course not, but we do have the two best teams in the league facing off, despite the controversies surrounding why they are here.

The 2.5-point spread heading into the game shows just how close this matchup is on paper. And if the conference championships were any indication of what we may see, it will come down to the final seconds. So, who will reign supreme? Let’s take a look at the matchup and get to my pick.

After struggling during the regular season, the Patriots are peaking at the right time. For the offense, this is because of Rob Gronkowski. His 11 targets in the AFC Championship were a season high. With this possibly being the final game of his career, we very well could see some vintage Gronk if he’s getting that kind of attention from Brady. Aside from what’s showing up in the box score for Gronk, he is doing the little things to elevate this offense. He is simply bullying everyone across from him, especially in the running game. His individual blocking on the outside is a big reason why Sony Michel’s 242 postseason rushing yards is by far the most.

If the Patriots continue to run with the same success, it pretty much seals another win for them. But if Donald and Suh have something to say about it, Brady may need to lead New England. Just like Michel is by far the leading postseason rusher, Brady is the leading postseason passer. Completing 71% of passes for an average of 346 yards per game, this offense hasn’t been slowed. Assuming the Rams play man defense with help on Gronk, Brady will have his choice of which defender to pick on. One guy who may be an easy choice is Marcus Peters, who really struggles with consistency. Even with Kansas City, Peters has had a problem with seeing the ball in man and gives up too many big plays due to being over-aggressive. If this happens again, Brady will find his man downfield, which only opens up James White, Julian Edelman, and Rob Gronkowski underneath.

Could the Rams slow the Patriots? Absolutely, but Wade Phillips’ aggressive tendencies may end up being the Rams’ demise later in the game.


Goff Needs to Step Up﻿

The Rams punched their ticket to Atlanta thanks to a 57-yard boot by Greg Zuerlein. Well, the officials doing the Bird Box Challenge also played a part. Many do not think the Rams should even be here because of it, and they are embracing this role. Money flooded in early and pushed the Patriots from being underdogs to three-point favorites, but the line came back down, then settled at 2.5. Still, the Rams are underdogs, but the dogs have won six of the last seven Super Bowls.

The Rams have put together two close playoff wins so far, despite Todd Gurley struggling to perform. Some think he is hurt while others feel C.J. Anderson is simply a better fit for the offense. Either way, the running game is still playing well, and it will be key for the Rams to have success. The Patriots gave up 4.9 yards per carry this season, and if LA is able to accomplish that, it opens up the play-action shots down the field. However, the rush defense of New England has been rock solid in the postseason so far, giving up 49 total rushing yards to running backs through the two games.