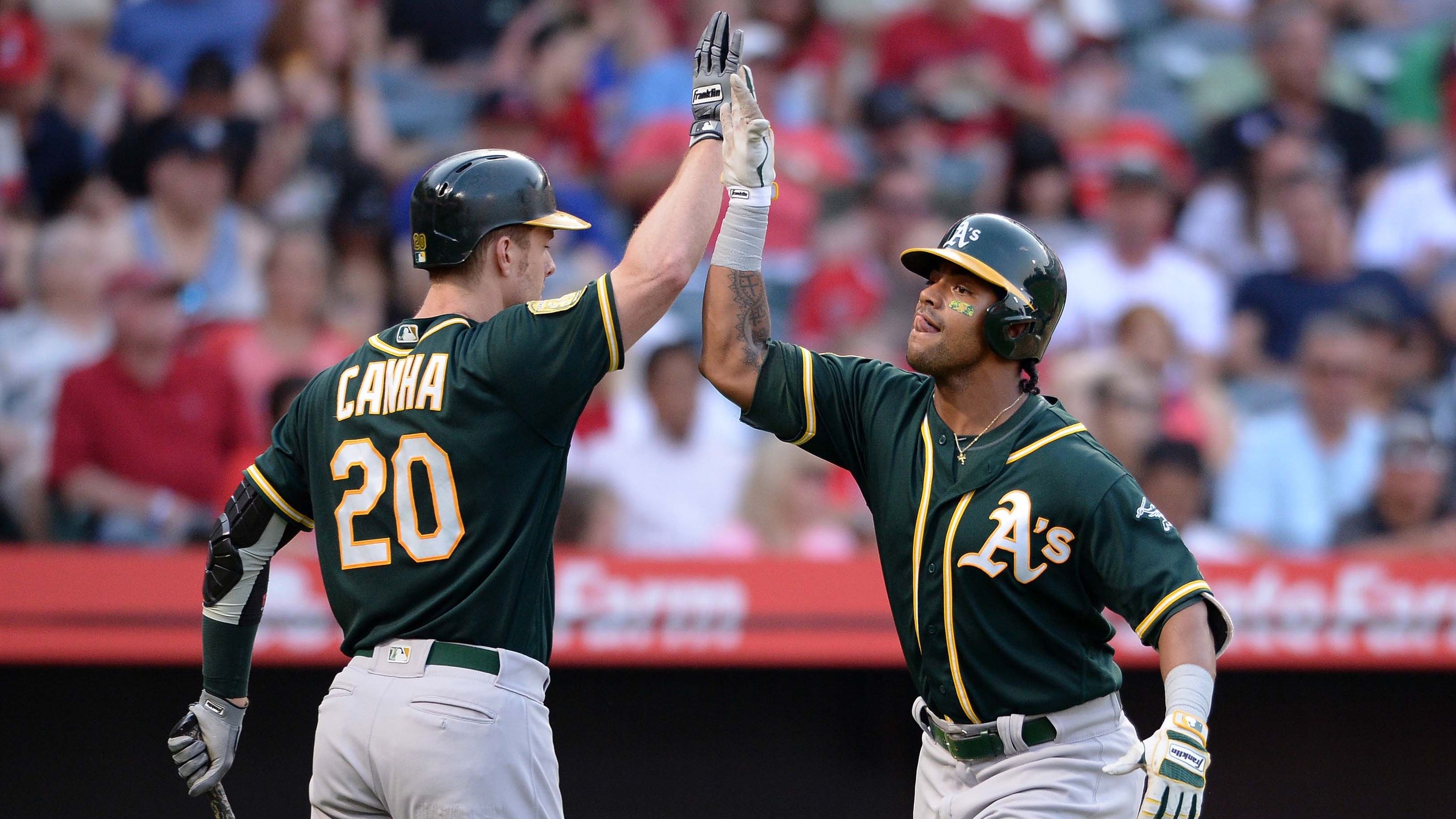 It’s official. The Oakland Athletics (95-62) have punched their ticket to the 2018 postseason as a Wild Card team. In doing so, the Athletics have officially rounded out the five-team American League postseason field. The A’s entered Monday night with a magic number of just 1. After the New York Yankees (96-60) defeated the Tampa Bay Rays earlier in the evening, Oakland knew they were a win away from clinching. And win they did, beating the Seattle Mariners 7-3 and securing the franchise’s first playoff berth since 2014.

On the night that the entire AL postseason field was set, home field advantage was also awarded. The Boston Red Sox (106-51) locked up the number 1 overall seed with their 6-2 victory over the Baltimore Orioles, ensuring that the AL track to the World Series will run through Fenway Park. This was essentially just a formality of what was expected for the better part of the season, given the historic pace that the Red Sox have been on. With five games left to play, 110 wins isn’t out of the question just yet.

Following each of these developments, the AL postseason picture is all but on ice. The Houston Astros (99-57) are a win or an Athletics loss away from officially claiming the AL West crown, so we might as well say they’ve got it. They will be the two-seed and will take on the Cleveland Indians (88-68), the lone AL Central representative, in the ALDS. The Red Sox will take on the winner of the Wild Card game between the Yankees and Athletics. Following play on Monday, the A’s sit just 1.5 games behind New York in the standings, so which squad will be the home team for the Wild Card game is still up in the air. Since the inception of the second Wild Card in 2012, home teams are just 5-7 in the Wild Card game. However, home field for the looming Yankees-Athletics matchup can’t be understated, given that the teams hail from opposite ends of the country and each has a ballpark suited to the strengths of the team. The Yankees would much rather play in a homerun paradise like Yankee Stadium, while the pitcher-friendly atmosphere of the Coliseum would hand an advantage to the A’s.

While everything has mostly been decided on the American League front, there is plenty of drama left on the National League side for the final week of the regular season. In fact, the only thing that has been decided up to this point is that the Atlanta Braves (88-68) will be the only team out of the NL East participating in the postseason. The NL Central could have as many as three teams making the five-team NL field. The Chicago Cubs (91-65) lead the Milwaukee Brewers (90-67) by 1.5 games in the division. The Brewers are currently holding down the first Wild Card spot with another Central team, the St. Louis Cardinals (87-70) in the second Wild Card position. Milwaukee is three games clear of St. Louis, so they should be safe to make the field, even if they fail to run down the Cubs for the division title. But as baseball fans surely know, anything can happen.

The NL West will certainly have its say in the proceedings as well. The Los Angeles Dodgers (88-69) are currently on top of the division, but they only lead the Colorado Rockies (86-70) by 1.5 games. Those same Rockies only trail the Cardinals by half a game for the second Wild Card spot. With so much left to be decided and different races depending on each other, it is bound to be a crazy ride to the finish line.