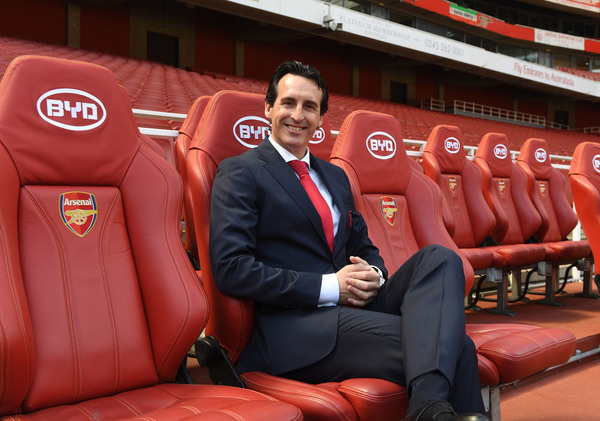 During Wednesday’s press conference, Emery stated that he would like to play a possession and pressing style of football.

He has also coached in Russia with Spartak Moscow, where he got sacked after 26 games. Prior to that, he spent four years at Valencia where he qualified the club for the Champions League in his last season.

Emery was among the shortlist for potential managers to replace Wenger. Alongside was former Arsenal captain and current Manchester City coach Mikel Arteta and Max Allegri. However, the board decided on Emery after he proved his worth during the round of interviews conducted.

Emery jumped the gun in his Arsenal appointment Monday night as he had a larger banner on his website proudly declaring, “Proud to be part of the Arsenal family.”

What do you think about the appointment of Emery? Will he be able to live up to Wenger’s legacy? Let us know in the comments below.