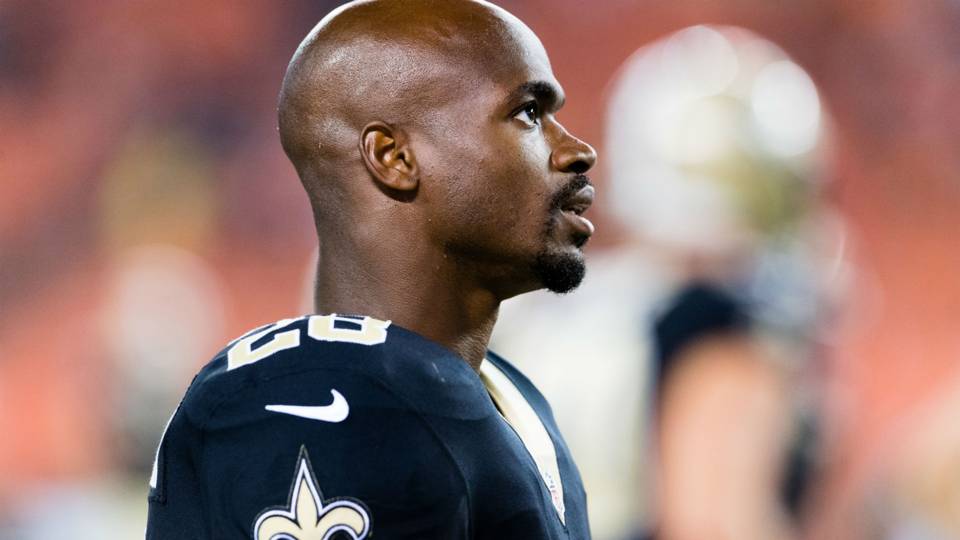 The Peterson-Saints marriage got off to a rocky start after seeing just nine snaps against his former team week one. Video of Peterson shouting at Head Coach Sean Payton went viral, and things never seemed to change through the first month of the NFL season. It became not a question of if Adrian Peterson would be moved, but when. The question was answered Tuesday morning, as the Saints traded Adrian Peterson to the Arizona Cardinals for a conditional pick, per sources.

The Cardinals have had an underwhelming five weeks of football, highlighted by the injury week one of All-Pro running back, David Johnson. The Arizona offense planned to run through DJ, so losing him early was a devastating loss. Expecting him out at least two months, the Cardinals turned to an underwhelming committee of backs, led by washed-up Chris Johnson. To the surprise of nobody, this was an ineffective strategy.

Peterson looks to get back on track after totaling just 81 yards on the ground, through four weeks of football. Without a doubt, he will slide into the lead back role in Arizona. The Cardinals hope he can find some success moving the chains on early downs, with Andre Ellington continuing to serve as the third down back. The 3.0 rushing average this season is the second-worst of Peterson’s career, with the worst coming last season. He replaces the shell of Chris Johnson, who has averaged just 2.5 YPC this season.

What does this mean for the New Orleans committee? It frees up more snaps for the exciting rookie, Alvin Kamara, while also alleviating the sideline drama of Peterson. Ingram should also see an increase in snaps and touches, though the Saints know what they have in Ingram, and Kamara is the future of that backfield. Both Ingram and Kamara are effective pass-catchers out of the backfield, which allows Drew Brees and the offense to be a little more multidimensional. They play in a tough NFC South, so we’ll see if this move assists them more now or in the future.