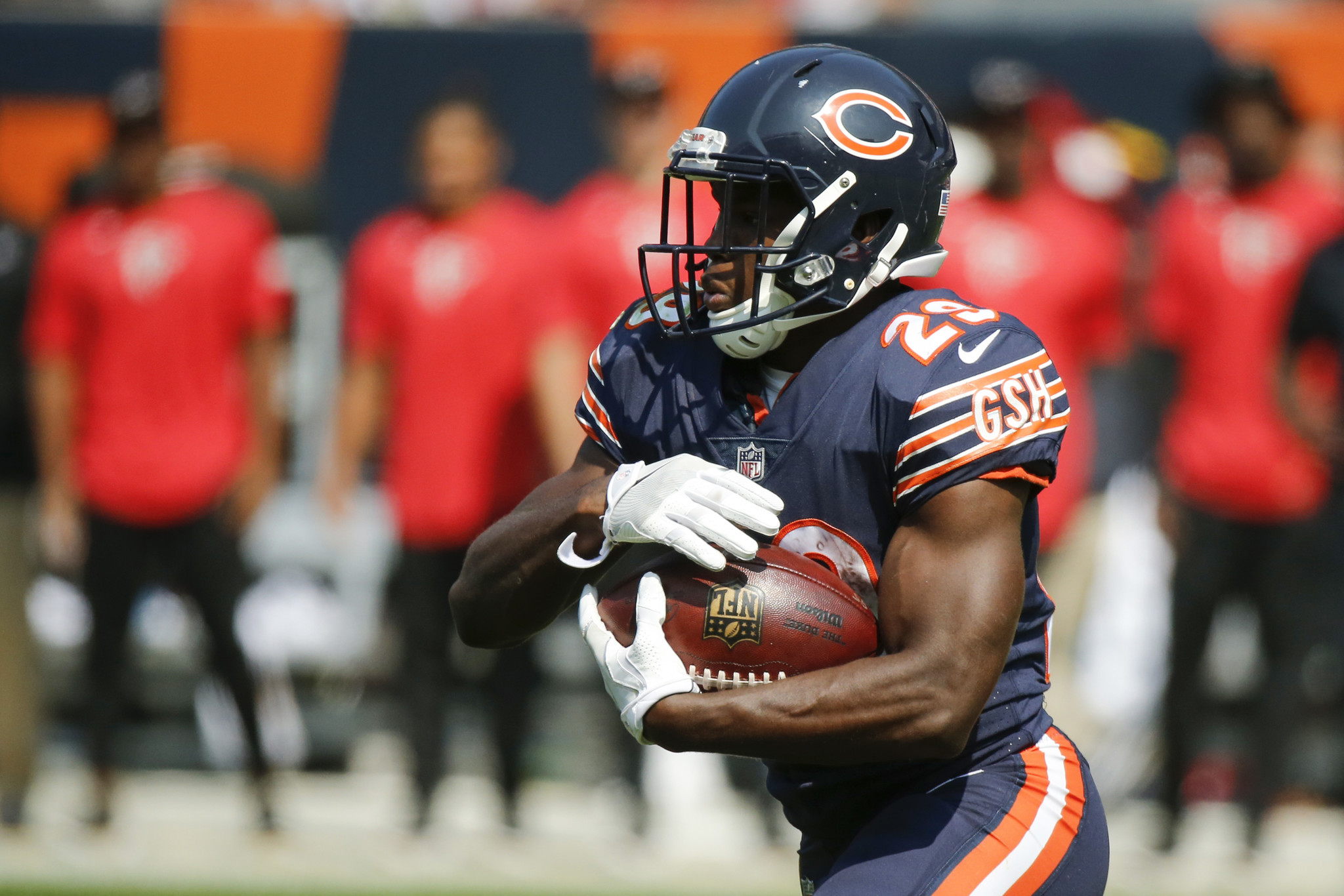 So…about week three…what the hell did we just watch? The week started out with what will likely be the most entertaining Thursday Night Football game of the season, played by the Rams and 49ers, which nobody saw coming. Then the Jaguars absolutely embarrassed the Ravens 44-7 over in London. This involved Marcedes Lewis catching three touchdowns, which is equal to his three previous seasons combined. The Bears beat the Steelers in overtime, a rookie went into Gillette Stadium and probably should have beat the Patriots, the Jets pulled off a convincing division win, Aaron Rodgers got his first career overtime win, and the Raiders offense was completely shut down in our nation’s capital. Despite all the controversy that I will not get into, was this the most exciting week of football we have seen in the past decade? It was pretty close.

So enough with the real football talk, we’re here for fantasy. Well, that was pretty crazy too. Any week where Case Keenum, Jacoby Brissett, Blake Bortles, Brian Hoyer and Jared Goff are all top-10 quarterbacks is pretty insane. The defenses were also unpredictable. Last week’s consensus top-5 of the Ravens, Dolphins, Broncos, Steelers and Patriots finished with a combined 13, while the Lions D/ST made it three consecutive weeks with a touchdown.

Hopefully you capitalized on the chaos and pulled out a victory. If you didn’t, no worries. It’s time to reorganize and reload for week four. I will be giving you some suggestions of players you should add or drop, with each player’s ownership in ESPN leagues.

Tyrod continues to be the most undervalued quarterback in fantasy this season. Barring an injury, he’ll be a top-10 QB at the end of the season again. He also just played the Panthers and Broncos, and he still is QB14. He gets a beatable Atlanta team this week, then the Bengals and a bye. So while Tyrod will probably still be there for you to pick him up after his bye, but it’s not a bad idea to do it now if you have space.

Don’t be a part of the problem. The rookie has gotten the snaps, performed really well, and is behind a power running back with a hurt shoulder. If the trend continues, Howard will end up missing more than a series due to injury, so pick up Cohen! By the way, he’s the RB10 through three weeks, so I really do not understand this ownership at all. It actually dropped from last week.

Carson is the clear lead back in Seattle, so he is a must-own. Pick him up or buy-low after a tough matchup in week three, because he now gets the Colts and Rams.

Buck Allen has led the Ravens running backs in snaps each week this season, yet he’s owned less than Terrance West. Much less actually, West is nearly 100% owned. Allen will continue to have the most value in the backfield, until Woodhead comes back.

This is a guy I’ve been talking up as my deep sleeper for quite awhile, and now the opportunity is there for him to shine. Sproles unfortunately suffered a couple of injuries, but Smallwood took the opportunity and ran with it, literally, equaling 71 yards on 12 carries. He’s the most talented running back on roster, the second being Corey Clement and NOT Blount, so we’ll see what he does with this opportunity. He out-snapped Blount 43-22 on Sunday.

Funchess would have had a much better week three if Cam Newton could accurately throw the football. Obviously this isn’t going to change, but Greg Olsen is out, and now it seems like Kelvin Benjamin may miss this week. Funchess and McCaffrey should be big parts of the offense.

After Allen Robinson went down in week one, Lee has received 19 targets over the past two weeks, which resulted in 25.1 fantasy points, without finding the end zone. Now, keep in mind that this is a run-heavy team and the quarterback play can be inconsistent, but Lee gets a juicy matchup against the Jets this week.

Despite not making much noise yet, I think Lockett is a guy to add, especially in deeper leagues. He’s getting back to form after recovering from an injury, and he’s seen his offensive snap percentage rise each week: 53.1%, 74.4%, 90.4%. If you have the space, add him before he has a breakout game, which easily could be this week against the Colts.

The fifth-highest scoring tight end in fantasy is less than ten percent owned. Fix that. On a team of slot receivers and a rookie, Clay will continue to be the favorite receiving target in the red zone.

I expect Reed to play this week, but I’m sure he’ll miss more time in the future.

The Bengals defense finally was able to able to show off their pass rushers, since they played with a lead for the entire game. They play the Browns this week, so there’s a pretty good chance they don’t trail the entire game, like the first two weeks.

I am not putting him here because I think you need to drop him. I am simply placing the overrated quarterback here because you absolutely can, if you need the roster space. He has averaged 11.1 fantasy points per game after playing the 49ers, Bills, then Saints, and two of these games were at home. Yes, game flow had something to do with the first two games, but he has continued to look bad, and losing Benjamin and Olsen is not going to help him improve.

Lacy spent his second activated appearance on the sideline for the entire game.

Forte is here for the same reason as Cam. If you need the roster space, drop him. You can also drop him if there’s someone with potential that you’d rather have on your bench, because Forte is not going to suddenly blossom into a starter for you this year.

The vet unfortunately broke his arm and tore his ACL on the same play. I hope he can make a return, but it won’t be this season.

There’s better wide receivers to own.

This offense has not been able to get him the ball for whatever reason, but you don’t need to wait around until they do.

Surprise, Ebron hasn’t lived up to the preseason hype. If only we had multiple seasons of exactly this happening to predict it…