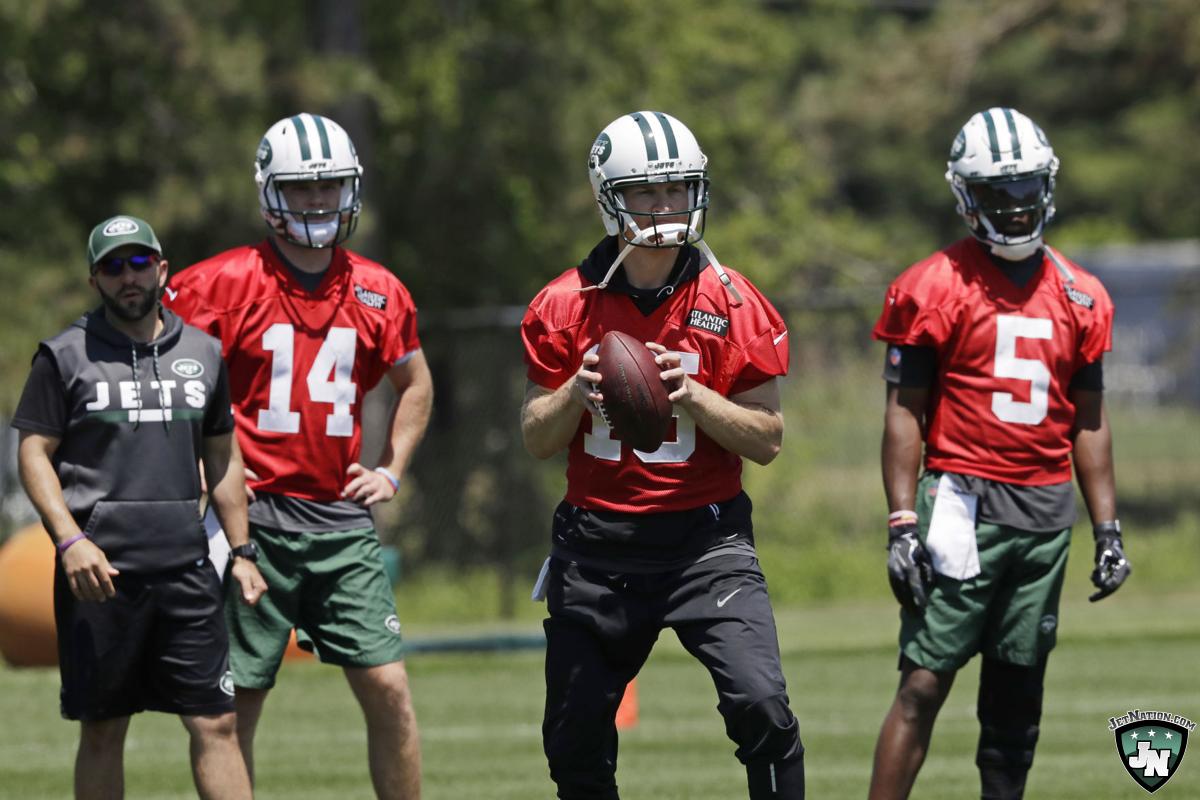 Days Until Football is a series in which I preview every NFL team, one a day at a time until the NFL season starts on September 6th. It will preview offense, defense, and give a prediction for the team’s record. Also, I will list a fantasy star and sleeper. Here is the New York Jets preview.

Last year, the Jets were a letdown. The defense shined at points, but was too young and inexperienced. On the other side of the ball, offense was basically useless. They finished dead last in the AFC East and drafted Sam Darnold with the third overall pick.

The biggest unknown for the Jets offense is the quarterback position. Sam Darnold is a rookie quarterback, and it is rare that rookie quarterbacks start week one. The other options are Josh McCown and Terry Bridgewater. McCown is a veteran who was mediocre as a starter last year, and Teddy Bridgewater led the Vikings to the playoffs but suffered a gruesome knee injury. Trade rumors have been swirling around him. The Jets have a decent running back committee, with Bilal Powell and Isaiah Crowell. Powell rushed for almost five yards per carry last year and Crowell picked up 1,805 yards with the Browns the last two seasons. Receiver Quincy Enunwa missed last season with a neck injury, but he and Robby Anderson both have top wide receiver potential. However, due to another injury for Enunwa and a possible suspension for Anderson, their statuses are unknown for week one. The Jets brought over Terrelle Pryor as a red zone target, which is important, due to losing Austin Seferian-Jenkins in free agency.

Darnold and McCown are really in sync tonight pic.twitter.com/gJBumBrEk1

The Jets brought in Trumaine Johnson over the offseason, which gives them the number one corner they lacked last year. This moves Morris Claiborne to the second cornerback position, hoping he performs better in that role. With Jamal Adams and Marcus Maye as safeties, it is a pretty good secondary. Leonard Williams has potential to be a great pass rusher, but he only recorded two sacks last season, leading to no pass rush for the Jets. They did not upgrade pass rush opposite Williams, and they will be relying upon the likes of Xavier Cooper and Hendry Anderson to to fill that role. Demario Davis had five sacks last year at linebacker, but he walked in free agency, meaning Avery Williamson will now have to fill that void. Williamson is three years younger and still lacks the skills in pass coverage.

I think the Jets will go 3-13, last in the AFC East. Quarterback play is a big question mark, and even if they have good QB play, there are not many weapons to throw the ball to. The secondary is good, but the front seven is lacking. They will struggle to get a pass rush. The Jets also play in a tough division, with the Bills better than them at nearly every position, the Dolphins with Tannehill back and the Patriots always tough to beat.