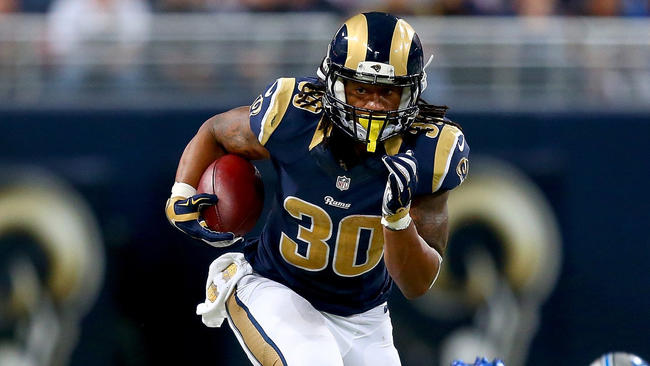 Now that training camp has begun, many football fans will struggle to focus on anything besides the sport, myself included. It’s our first taste of somewhat real football action in months, so it’s enough to hold us over until week 1 in among us. Even though September 6th is still a long ways away, we can still look at and break down week 1, especially if we’re making some NFL bets.

My favorite betting site is MyBookie.ag, and their lines will be used for the five matchups below. If you do not yet have an account on MyBookie, click here and use the promo code “FlurrySports” when you sign up! Get ready to see dollar signs in your eyes, because here are five week 1 NFL bets to make right now.

There are a lot of question marks on this Cowboys team right now, especially offensively. They lost their top-two pass-catchers, and the replacements don’t generate a lot of confidence. Defensively, I don’t think they will be able to cover Greg Olsen through four quarters, and Sean Lee may tear his ACL trying to keep up with Christian McCaffrey. On top of that, Devin Funchess continues to improve, and D.J. Moore looks legit.

If Cam Newton can get his guys the ball, good luck, Cowboys. The Panthers will win by more than three at home.

I understand shying away from this matchup, since Andy Reid has the reputation of being nearly unbeatable with more than a week of preparation, so week 1 and after bye weeks. For example, the Chiefs taking down the Patriots last season. However, his week 1 record (11-8) is much worse than after bye weeks (16-3). Quarterback Patrick Mahomes will also be making his first real start. While I think he will be good this season, I think his debut could be iffy, since he faces a great defense with Bosa and Ingram coming after him. They could force some mistakes.

The Chiefs defense is not that good, and the Chargers offense will be able to move the ball with relative ease. I also the think the spread could widen by another point, assuming the Chargers have a good preseason and re-sign Antonio Gates.

We may actually see a good looking Tennessee offense here. Mariota is now healthy and the offense around him should make him better this season. The Titans replace DeMarco Murray with Dion Lewis, which is an obvious upgrade. Delanie Walker will continue doing everything asked of him, and Corey Davis is one of the more popular projected breakout players this season. On the other side, the Dolphins continue to be a mess. Someone will have to step up at receiver and we will see how Tannehill even looks.

The Titans snuck into the playoffs last season, and their offense should be improved. Because of this, they should be able to go into Miami and win by more than two.

We get an even pick’em in this matchup. The Redskins will be playing their first game with a new quarterback and starting running back. The Cardinals will be playing their first game with Sam Bradford, but in theory, he will be healthy for at least this game. They also get their star running back, David Johnson, back, and I believe their defense will be improved.

If these few points aren’t enough to pick Arizona, they’re also the home team. Since it’s a straight pick’em right now, I feel comfortable going with the Cardinals here.

Gruden returns to Monday Night Football, but he’ll be on the sideline. Many are acting like Jon Gruden completely resurrects the Raiders, but those people are wrong. He came in and rebuilt this offense to hopefully make it better, but guess what? The defense still stinks. And oh yeah, they’re facing the top-ranked offense from last season, whom in theory should be even better.

The Rams will have no problem covering a three-point spread. I also expect the spread to widen a bit before week 1 is here, so you should get your money in now.

For you first-time bettors, a parlay is a type of bet where you would need to get all of the picks correct to cash, but the return is much more. I will be taking these five picks against the spread for my five-team parlay. On MyBookie.ag, betting $100 on this parlay would bring a win of nearly $2,200. A good day at the office if you ask me.

So, get signed up with MyBookie now with the promo code “FlurrySports” and make money with me this season!