5 Non-Mechanical Things You Can Do to Increase Your Win Rate on CS:GO 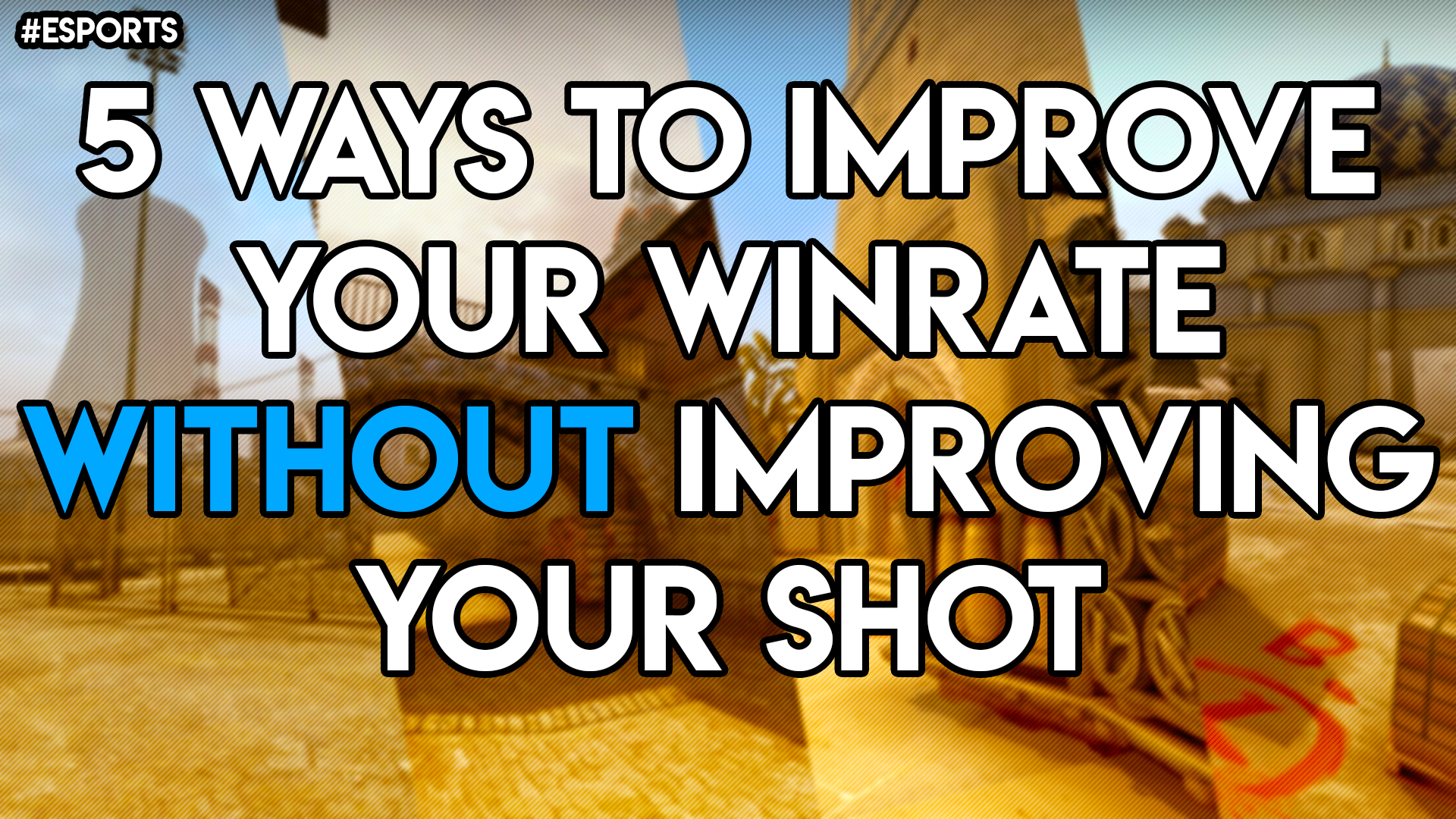 I see far too many players that have an amazing shot but still can’t seem to get wins. This most often ends with them blaming their teammates and becoming toxic instead of thinking about what really happened. Lately, I see too many players believe that fragging out is the only way to win games on CS:GO. Well, although getting kills certainly helps, it’s not all there is to getting wins and ranking up. I’m here to bring you five non-mechanical actions you can do to increase your win rate.

Especially in matchmaking, I see far too many players neglect to work with the rest of the team. It’s a shame to see a terrorist team all roam the map with no sense of direction at all. There is certainly strength in numbers in this game, and not enough people abuse that. Set up crossfires or run some flank routes. One reason I believe we don’t see these actions happen enough in matchmaking is that nobody steps up to call the strats. Be the in-game leader if you need to. Even if the rest of your team doesn’t have microphones or communicate back, as long as they hear you,  I promise you will see your team start to play better. Playing with a bad plan is even better than running around without one.

This is something I personally struggled with for a long time. This would cause me to lose a ton of my matches before they even started. I would lose a match, then I would continue to lose and it would tilt me to no end. I found that taking a break and reflecting on the matches you just played is important to not tilting. It’ll give you time to cool down and forget about all the things that may have annoyed you about the last game. Plus, it’ll also help keep you focused when playing your upcoming matches. I would recommend taking a quick 5-10 minute break between games to get a drink of water, stretch your legs, and do some hand and wrist exercises. This is important especially during long play sessions.

If you’re looking for some good hand and wrist exercises, here’s a video I recommend from Dr. Levi Harrison. I use this daily.

One thing that helped me learn most was by watching professional players play. I would take notes about multiple players and more specifically how they played. Seeing how they threw their nades, watching what they purchased, and even how they positioned themselves around their teams. Don’t be afraid to take hours even to break down and analyze a match from both sides. This will help you get a better understanding of what you could be doing wrong. This could be a boring process, but once you apply it all to your game, you will notice the difference. It’s plain and simple, they’re professionals for a reason.

Now that you’ve seen the professionals play, watch yourself. This is something I would do after watching professionals and taking notes. Use something like Nvidia’s Share feature or even Plays.tv to record your gameplay. Once all is said is done, focus on picking apart your own plays. See what you did wrong or could have done better and write it down. After analyzing the game, I would take your notes and put them near your monitor so when you’re playing the next match, you can see where you went wrong and learn to fix those bad habits you may have.

At the end of the day, it’s just a game. I feel this is something you need to keep in your mind. Learning and improving is a good thing. Although, letting the game affect you mentally and physically is a bad thing. There used to be a time where I would just get so tilted to a point where I started to question my life outside of the game. Don’t let that happen to you.

To wrap it all up,

If you feel that you learned nothing from this article and that you DO everything listed, you just may NEED to learn to aim better. I practice for 30 minutes every day using Aim Hero! I hope the rest of you enjoyed my first article here on FlurrySports! There will be more esports content coming every week!