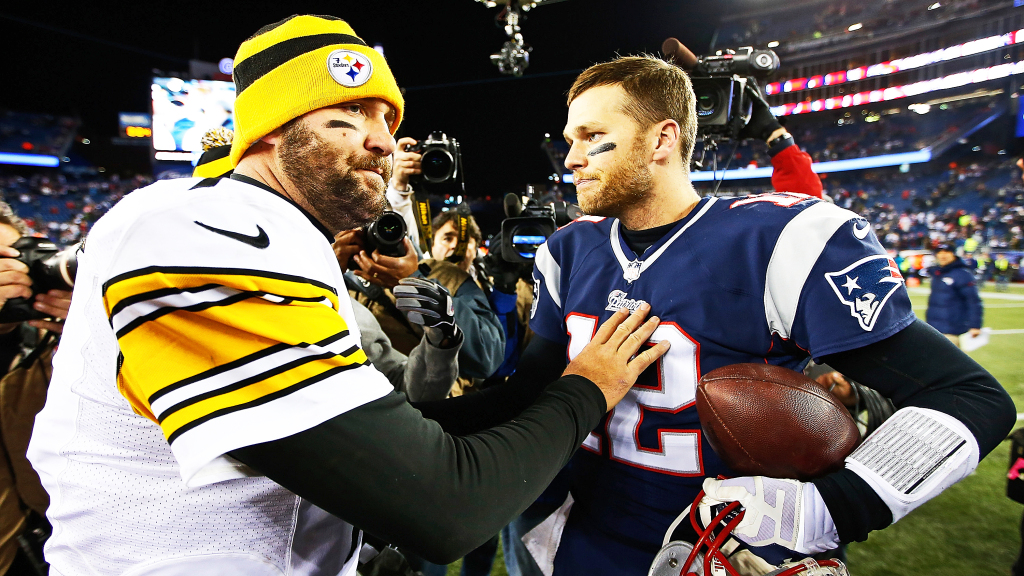 Facing unrealistic expectations, these NFL stars could struggle for different reasons in 2018.

The NFL is a star-driven league, just like any other.

The Philadelphia Eagles went directly against that notion by winning the franchise’s first ever Super Bowl despite losing star quarterback Carson Wentz to a knee injury. Nick Foles is not an elite quarterback, yet he stepped in and delivered a title. At the same time, he took down one of the biggest stars in the game in Tom Brady.

Earlier in the 2017 NFL season, though, the Green Bay Packers had their title hopes dashed the second Aaron Rodgers went down with a broken collarbone. The impact of his injury was ultimately devastating. Odell Beckham Jr., David Johnson and Deshaun Watson are three more big names that went down and once they were out, their teams struggled.

Beyond injury, though, seasons can also be impacted by a variety of variables. Depending on what they are and who they happen to, they can have a huge impact on how the season as a whole plays out. If you’re looking to place any bets this year, you may want to take a look at the best NFL betting sites while considering which star players could be on their way down.

Some won’t really impact how the playoffs shape out, but others could do so in a big way. Here’s five that stand out the most going into the 2018 NFL season:

It’s hard not to start things off with Brady, who on one hand seems ageless and on the other has to be one step closer to calling it a career.

Literally nobody has ever won against Father Time, while even the best NFL quarterbacks have fallen apart at some point before bowing out of the league for good. Brady has kept himself in amazing shape and is fresh off of appearing in back-to-back Super Bowls, but what if his age-41 season has him hitting the proverbial wall?

It certainly could. Age alone sparks the regression of basic skills, while it also could make a slowly deteriorating body more susceptible to injury. Brady could be more likely to struggle with soft tissue hindrances, while ligament tears and broken bones are only more prevalent as you age. On top of all of that, the expectations Brady and the Pats have to face each year has to take its toll.

The Pats also traded away deep threat Brandin Cooks, let slot demon Danny Amendola leave in free agency, may miss Malcolm Mitchell for another season due to injuries and won’t have Julian Edelman for the first four games of the year due to suspension. Even when Edelman returns, there’s no telling if the 32-year old will be the same ace in the hole he once was.

Needless to say, the 2018 season could be the perfect storm for a seemingly indestructible living legend. That’s a pretty big deal, too, considering the Pats are supposedly locks to win the AFC East and march to the Super Bowl.

Speaking of living legends, I have to wonder just how much longer Fitz can keep this up.

The guy has been the face of the Cardinals since 2004 and remains steadfast in his claims that he’ll never don another uniform. That’s always nice to hear, but Fitzgerald will be 35 when the new season rolls around and it’s worth wondering just how much gas he has left in the tank. Judging by the past few years, where Fitz topped 107+ catches, 1,000+ receiving yards and 6+ touchdowns, it’s fair to say he still has something to offer.

Perhaps, but it isn’t always in the athlete’s control. Like Brady, age could give way to nagging injuries or a rapid drop-off in skills. Fitzgerald has already lost speed and explosiveness over the years, so if he gets nicked up or struggles with separation or physicality, the Cardinals could have a problem on their hands.

Fitzgerald’s importance is probably at its highest level in years for Arizona, as he really doesn’t have a second receiver next to him to get defenses honest. On top of that, the Cards are stuck with either the often-injured Sam Bradford or a rookie quarterback (Josh Rosen) under center this year.

Whether it be injury, drop-off in play, defensive focus or poor quarterback play, there could be a lot working against Fitzgerald having a productive season in 2018. If that’s the case, betting on Arizona as NFC West or playoff sleepers might be a big mistake.

The jury is still out on Kirk Cousins, who signed a massive deal with the Minnesota Vikings in free agency this offseason. It was never fair how Cousins was treated in Washington and Minnesota needed a quarterback upgrade, but it’s quite possible there’s a reason why they were able to get him.

Cousins has certainly been a solid quarterback in the NFL, but he’s never quite been elite. A lack of high level consistency is one reason why, while Cousins has been known for making the wrong call at the worst possible time. I see Cousins as a guy who can thrive in a system to the point of putting up big numbers and keeping his team competitive, but like many other people, I’m not sold he’s actually a difference-maker. We’re about to find out now that Cousins got handed a huge salary and after Case Keenum of all people carried the Vikings to the NFC title game last year, the expectations are absurdly high.

Cousins is talented, but it’s pretty easy to see the Redskins weren’t believers and there has to be a real fear that this move was more splash than substance. Ultimately, I just think the expectations are going to be too much, while transitioning into a new system with new teammates is a lot easier said than done.

Considering the Vikings are favored to win the NFC North and make a run at Super Bowl 53, there’s a chance people are betting on the wrong horse going into 2018.

One more quarterback that could hit a wall in 2018 has to be Big Ben.

Not only has Ben Roethlisberger teased retirement over the past few years, but at different times in 2016 and 2017 he literally looked done. Few will forget his awful five-interception performance against the Jacksonville Jaguars last year, while he had to overcome a slow start in the playoffs against them as well.

There’s no doubt that Roethlisberger can still ball a bit and a stacked Steelers offense can be found atop most lists for Super Bowl 53 odds. That being said, there is a lot that could go wrong here.

Not only did offensive coordinator Todd Haley bolt for Cleveland, but stud running back Le’Veon Bell has a shaky contract situation going on and the team traded away deep threat Martavis Bryant during the offseason. Depending on what happens with Bell, the Steelers could be in big trouble pretty quickly. Even if everything with their franchise rusher is fine, it’s possible they could miss Haley’s play calling or Bryant’s ability to stretch the defense.

Oh, and Antonio Brown is on the cover of Madden 19, so cue all of the Madden curse conversations.

Everything could easily be fine, but in a year where it’s Super Bowl or bust for the yellow and black, Big Ben can’t afford for anything to go wrong. Enough things certainly could in 2018, and that’s not even considering his age possibly giving way to injury or natural skill regression.

I’ll wrap things up with the man known as Beast Mode.

Lynch joined his hometown Raiders in an effort to help them win a title before they fled to Las Vegas. Things didn’t quite go as planned, as Lynch was fairly pedestrian as a whole and the Raiders slid completely out of the playoff picture.

Oakland did try to upgrade at head coach by joining forces with Jon Gruden, while they also made a slew of moves to improve offensively. Maybe they’ll work, but even if they do, it’s still very possible a 32-year old Lynch won’t be part of this team’s rise back up the standings.

Lynch was not the problem for the Raiders in 2017, but he also wasn’t exactly the menacing force that helped the Seahawks get to two straight Super Bowls. While still good, Lynch isn’t immune to age or a potentially shaky atmosphere. We saw him struggle with health during his final days in Seattle and as everyone knows, when running backs fall off the cliff, they fall hard. If the end hasn’t already arrived for Lynch, it could easily come pretty early on in 2018. If so, that’d kill Oakland’s bid to win the AFC West or make a deep playoff run.

Overall, these five players are probably just the tip of the iceberg when you start looking at NFL stars that could hit a wall in 2018. However, every guy listed here should play a huge hand in his team’s success this year and if they don’t meet expectations, their team could struggle because of it.

Needless to say, if you plan on betting on football games this coming season, you may want to take some time to think of all of the variables that could impact even the very best teams.

Is the Madden Curse Real?
Top-5 Things to Watch in Steelers Training Camp