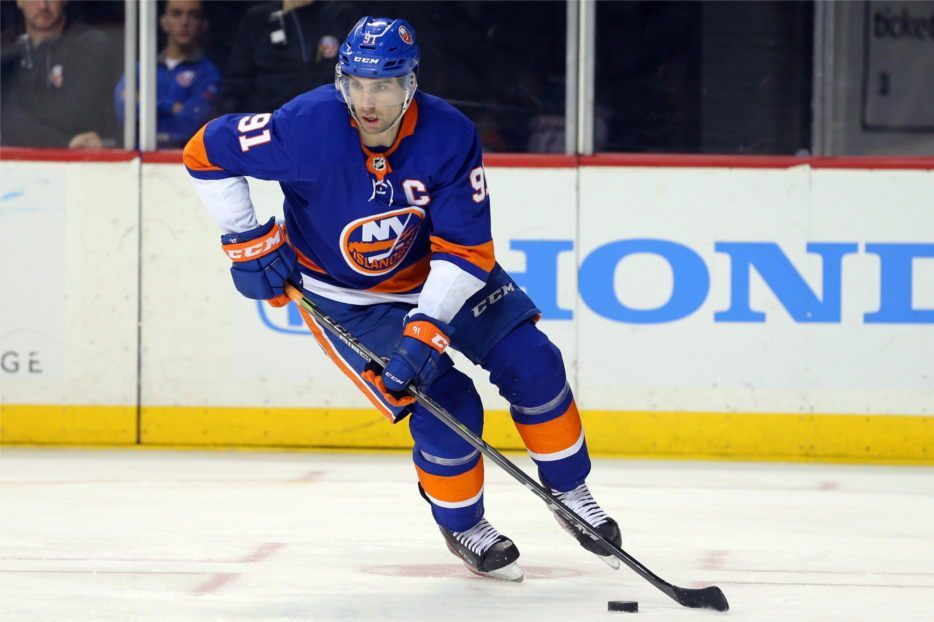 Free agency in any major professional sports league is all but guaranteed to see big names move around. The National Hockey League is no different. It has been an eventful month of change, since the Washington Capitals hoisted the Stanley Cup for the first time in franchise history. Heck, even the champs themselves lost their head coach Barry Trotz over a contract dispute (Trotz agreed to be the head coach of the New York Islanders a few days after). Here are five big player signing headlines that have occurred thus far during NHL free agency.

Inking Trotz to be their next head coach and signing former Leafs GM Lou Lamoriello to be their president of hockey operations were not enough for the Islanders to re-sign their star player. The number one overall pick in the 2009 Draft signed a lengthy deal with Toronto, the team of his childhood fandom. A captain for the Islanders since 2013, Tavares racked up 37 goals and 47 assists last season, totaling 84 points. He joins a Leafs franchise that already has a pair of young stars in Auston Matthews and Will Nylander, as well as a terrific head coach in Mike Babcock.

Toronto has qualified for the playoffs each of the past two seasons, but remain without a playoff series victory since 2004. The team’s last Stanley Cup win was all the way back in 1967. With Tavares in the mix, the Maple Leafs should be ready to take the next step.

While the Maple Leafs were busy landing the big prize Tavares, they suffered a very significant loss in free agency as well. James van Riemsdyk signed back with the Philadelphia Flyers after spending six seasons playing for the Leafs. He originally wound up in Toronto by way of a trade from the Flyers back in 2012. It makes perfect sense for the Flyers to want to regain possession of the number two overall draft pick from 2007. The left wing stayed consistent throughout his time in Toronto and is coming off a 36-goal, 18-assist (54 total points) season last year. Whether he has Claude Giroux or Sean Couturier working the center position next to him, van Riemsdyk is a welcome addition at a fairly weak left wing position in Philly.

Although he is now 30 years old, Michael Grabner has still been a steady producer on the ice. After being traded from the New York Rangers to the New Jersey Devils during last season, Grabner will don his fifth different NHL uniform in 2018 with the Arizona Coyotes. The signing is a big one for a very young and raw Coyotes squad that has been sitting at or near the bottom of the NHL standings for the past few years now. If nothing else, Grabner will provide a veteran presence to the locker room. Combining his time with the Devils and Rangers last year, Grabner tallied 27 goals and 9 assists for 36 total points. He can certainly still find the back of the net, a welcome skill for an Arizona team that only scored 206 total goals last season, the fourth fewest in the NHL.

After being a member of the history-making Las Vegas Golden Knights last season, the 30-year-old ex-Predator right wing James Neal is now a member of the Calgary Flames. Neal missed 10 games to injury last season, but still put together a solid stat line, finishing with 25 goals and 19 assists for 44 total points. Calgary boasts several talented players, including Johnny Gaudreau and Sean Monahan, whom Neal will likely join on the top line. Neal also brings a winning mentality to a Calgary team that hasn’t seen much sustained success in recent years. A fast start last year ended with the Flames falling short of the playoffs. Neal has played in each of the last two Stanley Cup Finals. You can’t undervalue experience.

Sharks Hold on to Young and Old Centers

If not for the darling Las Vegas Golden Knights, the San Jose Sharks may very well have gotten back to the Stanley Cup Finals last year. This team remains on the cusp, so keeping things together has to be a priority. San Jose made moves to do just that by re-signing two of their top players, Joe Thornton and Tomas Hertl.

At 39, Thornton expressed confidence in the Sharks as his reason for choosing to return. He has been the face of the franchise for some time now, with the long, scraggly beard easily recognizable. Despite having his 2017-18 campaign shortened by injury, Thornton still managed to score 13 goals and supply 23 assists for 36 total points in 47 games played. As long as his body doesn’t completely betray him, it is essentially a guarantee that Thornton will contribute.

Meanwhile, the 24-year-old Hertl played in 79 games last year, scoring 22 goals and dishing 24 assists for 46 total points. He was a big factor for the Sharks in the playoffs as well, scoring 6 goals. With father time not in favor of the elder Thornton, it makes sense for the Sharks to hang onto their first round draft choice from 2012 as their top center for the foreseeable future.