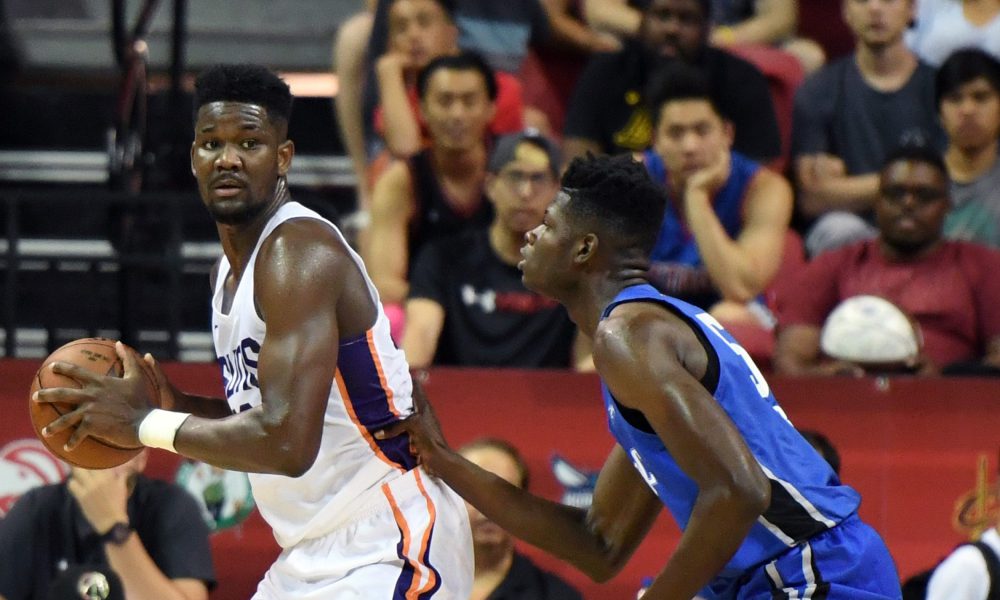 
Deandre Ayton posted another double-double in the NBA Summer League in Monday night’s 71-53 domination of the Orlando Magic. This time, Ayton had 17 points (6-10) and 13 rebounds. Ayton was joined by Dragan Bender, who did his damage while Ayton was down low by making 3-of-6 three-point attempts and finished with 11 points.

Another notable performance was that of Josh Jackson. Jackson went an ugly 3-13 from the field for just 9 points. Jackson has never been known to be an offensively-minded player, so maybe his three steals will help him keep his confidence on the court. Jackson doesn’t necessarily need to be an offensive juggernaut for the Suns this year given the presence of Devin Booker, DeAndre Ayton, and Dragan Bender, but every little bit helps. Mikal Bridges hit the basement in terms of his output, finishing with zero points.


Mo Bamba has always been a more defensive-minded center, and he proved that on Monday by recording five blocks. However, the Magic will need scoring in both the Summer League and the NBA season, so they can’t afford to have Bamba only score 4 points on 2-4 from the field. Summer League is a great time to cast up shots and be a bit of a high-volume scorer, as we have seen through the Summer League from players who may not even make the roster attempting 10 shots. Bamba is a top-tier talent and was playing against Ayton, who Bamba should feel he is better than.

Essentially, Mo Bamba failed to show up on the offensive end to try to match Ayton, which ended up costing both him and his team, as they only scored 53 points and their leading scorer, Jonathan Isaac, put up 10 points on 2-9 from the field.