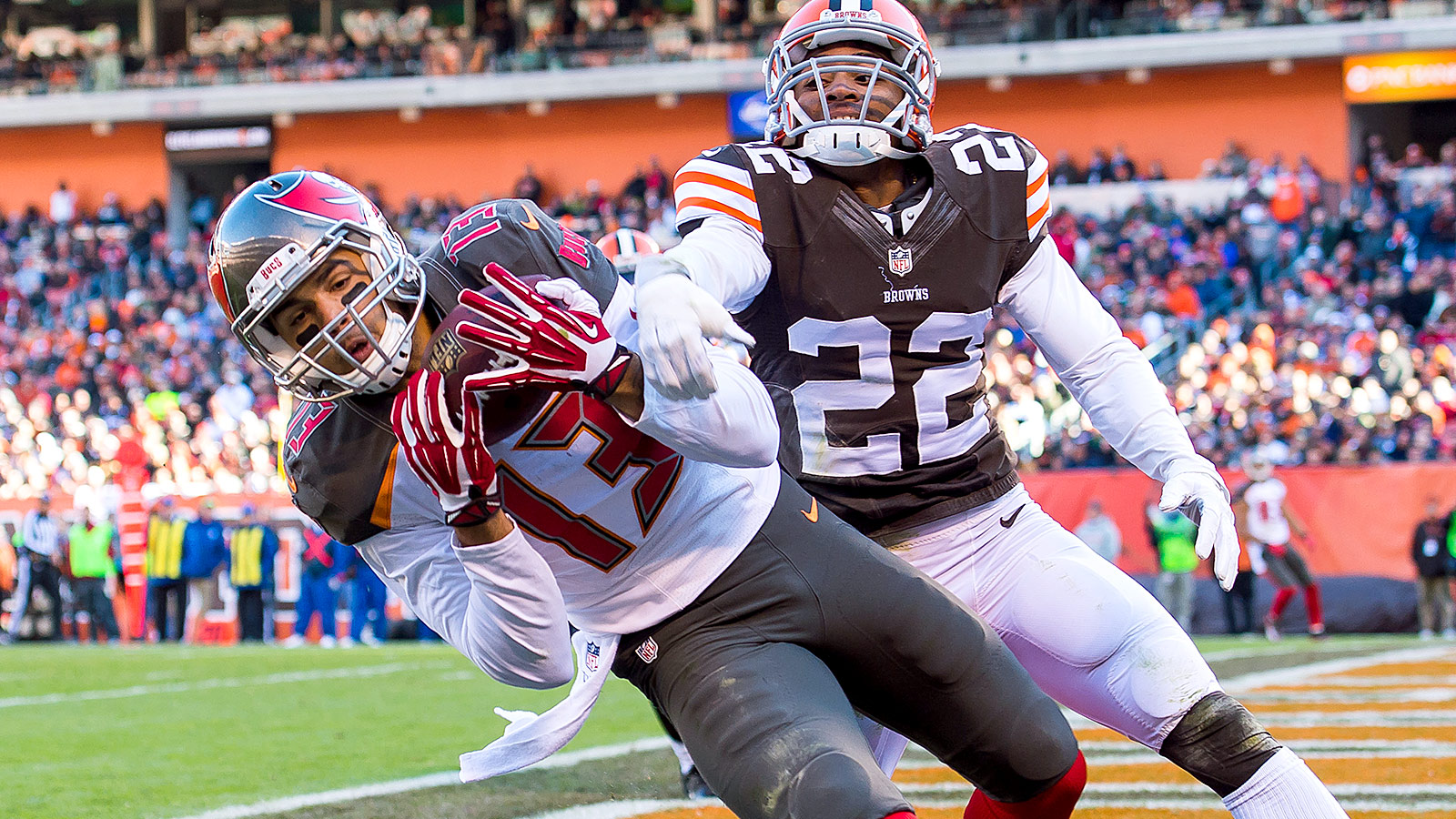 Days Until Football is a series in which I preview every NFL team, one a day at a time until the NFL season starts on September 6th. It will preview offense, defense, and give a prediction for the team’s record. Also, I will list a fantasy star and sleeper. Here is the Tampa Bay Buccaneers preview.

Last year, the Buccaneers were a letdown. After almost making the playoffs two years ago, Tampa could not get anything going last year. The Bucs finished 5-11, last in the NFC South.

Jameis Winston was 3-10 as a starter last year, and he has not put it all together so far. Winston struggles to throw the deep ball accurately, which is a problem when Mike Evans and DeSean Jackson are your best receivers. Health did not help Winston’s cause last year and he is suspended for the first three games of this year. Ryan Fitzpatrick will start for those three games. The veteran went 2-1 last year when he started. Mike Evans has had four-straight 1,000 yard seasons and he earned a massive extension because of it.

DeSean Jackson is back and he still has the breakaway speed. The veteran has never had a season in which he had less than 13 yards per reception. Adam Humphries will start in the slot and Cameron Brate and OJ Howard combined for 12 touchdowns last year at tight end. After Doug Martin’s departure, the Bucs drafted Ronald Jones in the second round. However, Jones has struggled in the preseason and Peyton Barber is expected to be the opening day starter.

Gerald McCoy has been a star tackle for years, but the Bucs still finished dead last in sacks. The Bucs decided to draft Vita Vea, sign Beau Allen and Vinny Curry, and trade for Jason Pierre Paul. Lavonte David headlines the linebacking corps, and Adarius Taylor and Kwon Alexander (one combined sack last year) fill it out. Tampa drafted corners MJ Stewart and Carlton Davis, who they could both start. Brent Grimes and Vernon Hargreaves are still on the team, but are not what they used to be. Chris Conte and Justin Evans are projected to start at safety.

I think the Buccaneers will go 3-13, last in the NFC South. Jameis Winston is suspended for the first three games and has not been good so far. Ronald Jones was their biggest offseason improvement, but has not been good in the preseason. The defense was rebuilt over the offseason, but it is too young and unproven. Also, the games against the Falcons, Panthers and Falcons will be tough to win.