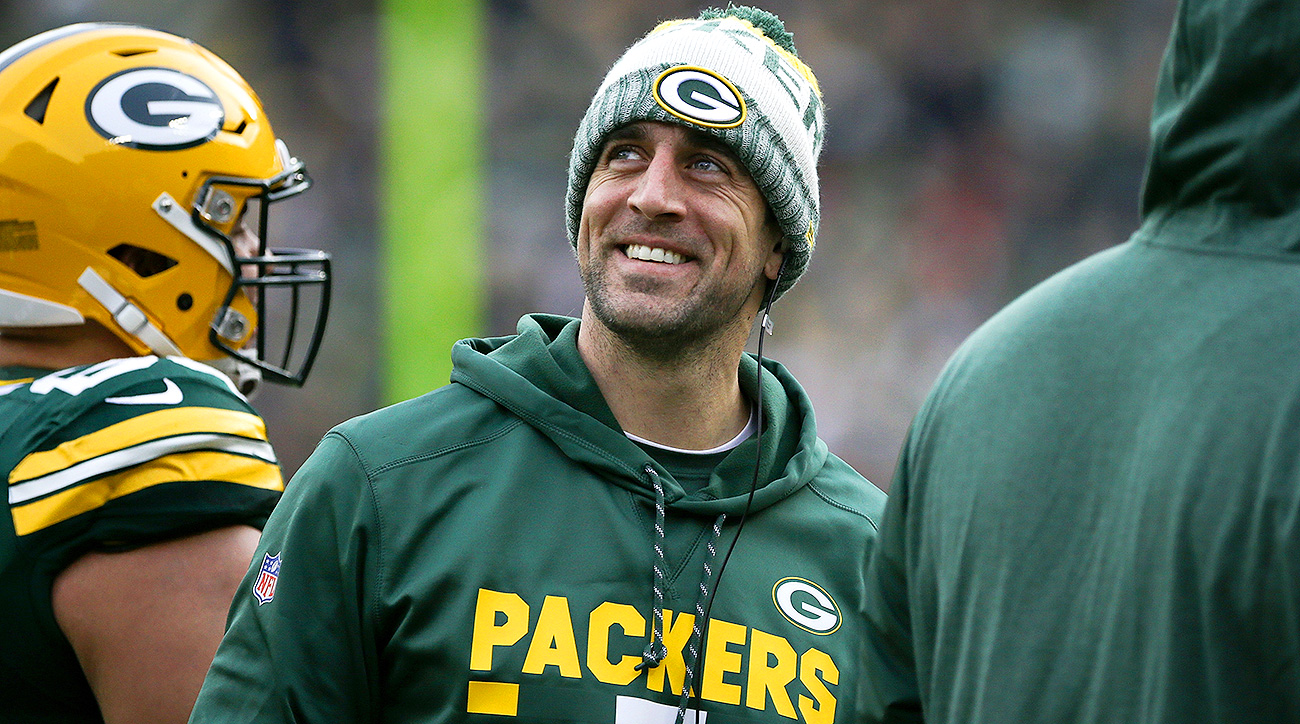 Last year, the Packers were a let down, because they are expected to make the playoffs every year. Aaron Rodgers went down after the team started 4-1, when he was healthy. Brett Hundley was awful in his replacement, and the Packers finished at 7-9, third in the NFC North.

Davante Adams is a legit top wide receiver and scored ten touchdowns last season, even though Brett Hundley was the quarterback for half the season. Jordy Nelson was clearly Rodgers’ favorite receiver, but he was cut and is now in Oakland, so guys like Randall Cobb and third-year wideout Geronimo Allison will have to step up. Cobb had 9.9 yards per receptions last season, the first time it’s been under 10 in his entire career, so wide receiver two is a question mark for the Packers. However, I am sure that Cobb’s stats will improve if Rodgers plays all 16 games, and rookies J’Mon Moore and Equanimous St. Brown could make an instant impact. Jimmy Graham was signed over the offseason to be a red zone threat for the Packers, since all ten touchdowns he caught last year were in the red zone.

Aaron Jones led Packers running backs with 5.5 yards per carry, but he is suspended for the first two games of the season. Jamaal Williams led the team in carries and is better all around than Jones, but he only picked up 3.6 yards per carry, and Ty Montgomery is a dynamic back who can line up anywhere. Their quarterback play is obviously elite, with Aaron Rodgers being a consensus top-two quarterback in the league. Look for this offense to get back on track with a healthy Rodgers and offensive line.

After struggling last season, the Packers made upgrades over the offseason defensively. Cornerback Jaire Alexander, cornerback Josh Jackson and linebacker Oren Burks were the first three draft picks for the Packers. Also, Muhammad Wilkerson was signed to strengthen the front four, with Mike Daniels and Kenny Clark, and Tramon Williams, to bring some experience to their secondary. Morgan Burnett walked in free agency, meaning HaHa Clinton-Dix will have to get back to his Pro Bowl days. Also, Kevin King will have to improve in his second year.

The biggest problem with the Packers will be their linebacking corps and pass rush. Clay Matthews had a much better year last year, as his sacks, tackles, and assists were up from 2016. Matthews played just outside linebacker last year after rotating from all positions in previous years, which can explain the stat bump. However, after the injury to Jake Ryan, we could see Matthews play much more inside again. Nick Perry missed two games last year and is currently on the PUP list. When he is healthy, he is great and can be a playmaker for this front seven. Perhaps the biggest defensive acquisition was defensive coordinator Mike Pettine, who schematically is very similar to Dom Capers, but philosophically is very different. He is hoping to bring the Packers defensive back into the top-10, as he has done at every stop in his career.

I think the Packers will go 11-5, second in the NFC North and fifth in the NFC. Overall, the offense around Rodgers is average. However, if Aaron Rodgers is fully healthy and playing at his peak, the Packers offense will be great. The defense was improved over the offseason, but pass rush is still a concern. Also, the Packers play in a relatively easy division. The games against the Vikings will be tough, but the games against the Bears and Lions should be wins, despite both teams improving. Also, they have a great home field advantage, as it is nearly impossible to win in Lambeau.

22 Days Until Football: Detroit Lions Preview
Why Each NFC North Fanbase Should be Excited for the 2018 Season