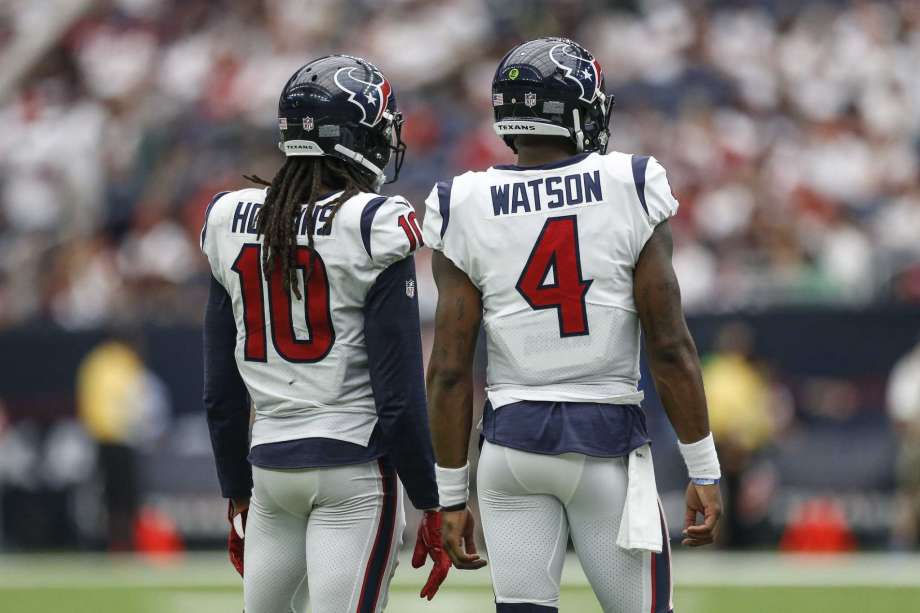 Days Until Football is a series in which I preview every NFL team, one a day at a time until the NFL season starts on September 6th. It will preview offense, defense, and give a prediction for the team’s record. Also, I will list a fantasy star and sleeper. Here is the Houston Texans preview.

After Deshaun Watson set the world on fire in his six starts, averaging 34.7 points per game, the Texans season fell apart after Watson tore his ACL. Houston never regained after the injury and finished 4-12, dead last in the AFC South. Over the offseason, the Texans did not do much. Their biggest moves were signing cornerback Aaron Colvin and safety Tyrann Mathieu.

DeAndre Hopkins racked up 1,378 yards last season, the second-most in his career, despite Watson being out. He is undoubtedly a top wide receiver, arguably top-five in the league. Despite dealing with injuries last season, Will Fuller is the second-best receiver on the team. He caught seven touchdowns from Watson and did not have drop problems like he did in his rookie season. The third wide receiver spot will likely be a competition between Bruce Ellington, Braxton Miller, and fourth-round pick Keke Coutee.

It looks like Miller will be the opening day starter in the backfield. He led the team in carries last year with 238 and started in 13 games. Second-year running back D’Onta Foreman is still working his way back from an Achilles injury. If he returns to form, the Texans hope he can become the future bell cow. After the retirement of CJ Fiedorowicz, Ryan Griffin is expected to be the number one tight end on the team. The Texans also drafted two tight ends, Jordan Akins in the third round and Jordan Thomas in the sixth. Deshaun Watson could be the future of the league if he stays healthy. He is mobile, has a strong arm, and is very smart. He even has the endorsement of the critical Jalen Ramsey. However, a torn ACL for a mobile quarterback could be devastating. Only time will tell.

Romeo Crennel was hired as defensive coordinator after Mike Vrabel was hired as Titans head coach. JJ Watt is now 29 years old, and after a ton of injuries, who knows if he can get back to his three-time Defensive Player of the Year self. Both end Christian Covington and tackle D.J Reader were placed on injured reserve last year and are expected to be back. With Watt and Mercilus out, Jadeveon Clowney was the Texans best defensive player last year. The linebacker plays well against the run and passing game and draws double teams constantly.

Whitney Mercilus is similar to Clowney, because he can stop the run and drop back in coverage. Benardrick McKinney led the team in tackles, and Zach Cunningham is good inside. The secondary got flamed constantly last year, so the front office addressed that issue over the offseason. They signed cornerbacks Jonathan Bademosi, who plays a lot of special teams, Aaron Colvin, and safety Tyrann Mathieu. They also spent their top draft pick on Justin Reid, a free safety from Stanford. Overall, this can be a scary defensive group if the stars can stay healthy, something Houston continues to struggle with.

I think the Texans will go 11-5, and first in the AFC South. This is a bold prediction, considering it is unknown how good Watson will be. If he is elite, the Texans will be elite. If he is awful, the Texans will be awful. I think he has good weapons around him. The defense was improved over the offseason and will be great if healthy. They play in a very tough division, and it would not surprise me if the Jaguars, Colts or Titans won the division. The AFC South is wide open.

Why Each NFC North Fanbase Should be Excited for the 2018 Season
Packers Breakout Performers: Preseason Week 2