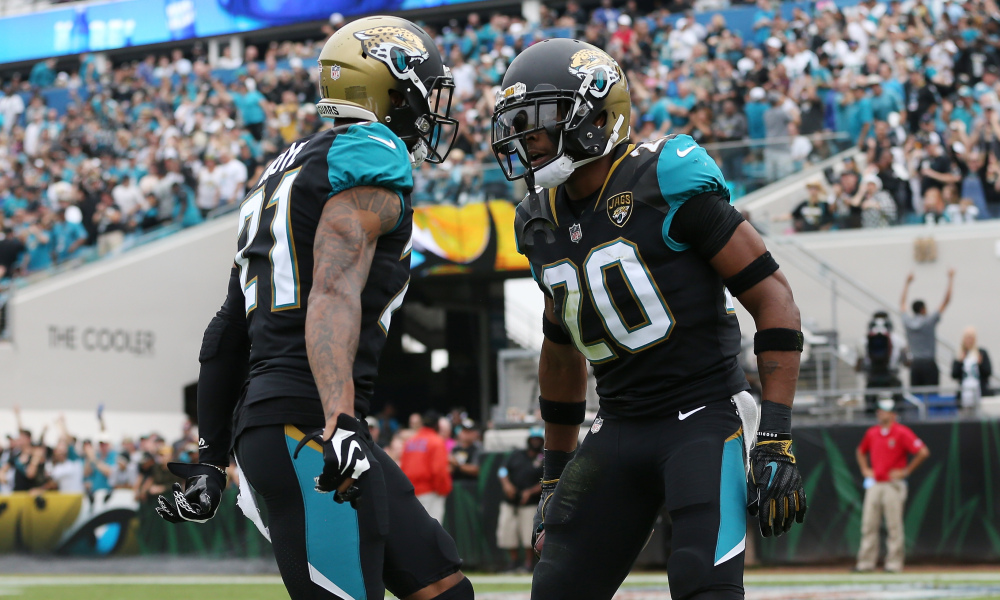 Days Until Football is a series in which I preview every NFL team, one a day at a time until the NFL season starts on September 6th. It will preview offense, defense, and give a prediction for the team’s record. Also, I will list a fantasy star and sleeper. Here is the Jacksonville Jaguars preview.

Last year, the Jaguars exceeded expectations. They won the AFC South, made it to the AFC Championship, and were on the verge of the Super Bowl before Tom Brady executed two fourth quarter touchdown drives. Over the offseason, they were relatively quiet, with their main moves being the signings of Donte Moncrief, Andrew Norwell, and Austin Seferian-Jenkins.

The Jaguars led the league in rushing attempts last year because of rookie back Leonard Fournette. Fournette tallied over 1,000 yards and carried the offense when he was healthy. He will have an improved line to run behind, due to the addition of guard Andrew Norwell. Blake Bortles signed an extension over the offseason, locking him in at starter. Bortles has the physical tools to be great, but still suffers mental lapses. He was a game manager for them last year. He did not win them any games, but he did not lose them any either. The Jaguars lost receivers Allen Hurns and Allen Robinson over the offseason. To counter, Donte Moncrief was signed and Marqise Lee was resigned. They will also rely on second-year receivers Dede Westbrook and Keelan Cole, and rookie DJ Chark. After Marcedes Lewis was released, Austin Seferian-Jenkins was brought in as the replacement. Expect to see the same type of offense again this season.

The Jaguars defense is what carried them last year. They ranked top-2 in almost every category, and they are returning basically everyone. The front four for the Jaguars is stacked. Calais Campbell and Yannick Ngakoue combined for 26.5 sacks last year. They also have Dawuane Smoot, Dante Fowler, Malik Jackson, Abry Jones and Marcell Dareus. Not too shabby in the pass rush department, but they need to be better against the run, as they allowed 4.3 yards per carry. Telvin Smith and Myles Jack  highlight the linebackers. They both have great speed for the position and combined for 192 tackles last year. Speaking of combinations that could be considered the best in the league, let’s talk about Jalen Ramsey and AJ Bouye. Ramsey is arguably the best corner in the entire league, and Bouye had a career year last season. The pair combined for 18 interceptions  and both play the run well. After Aaron Colvin walked, DJ Hayden was signed.

I think the Jaguars will go 10-6, second in the AFC South. The defense is incredible, but the offense isn’t great. Teams will load the box against Fournette, and Bortles is not good enough to lead them if he has to. They play in a tough division, with the Titans, and Deshaun Watson and Andrew Luck coming back from injury.