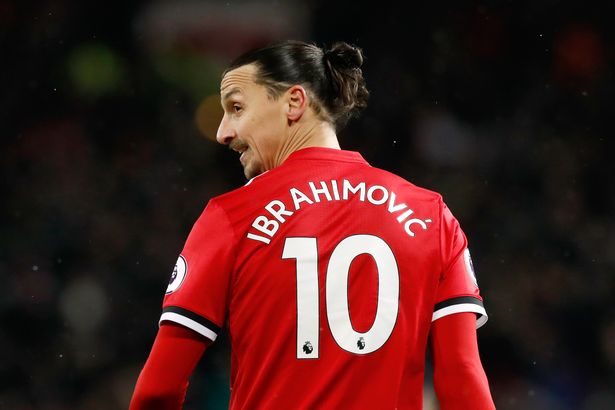 On Thursday, Manchester United announced that they have parted ways with Swedish striker Zlatan Ibrahimovic after two seasons.

“Manchester United confirms that it has agreed to the termination of Zlatan Ibrahimovic’s contract with immediate effect,” said the club in a statement posted online,  “Everyone at the club would like to thank Zlatan for his contribution to the team since his arrival and wishes him well for the future.”

Ibrahimovic thanked the club via a tweet with a picture of him arm wrestling with a red devil.

Great things also come to an end and it is time to move on after two fantastic seasons with Manchester United. Thank you to the club, the fans, the team, the coach, the staff and everybody who shared with me this part of my history. #foreverred pic.twitter.com/vo1Gs3SUHL

Joining Manchester United on a free transfer from Paris. St. Germain, Ibrahimovic made an immediate impact with the club. He scored a goal on his league debut against Bournemouth in a 3-1 win. In his next match with the club, he scored a double against Southhampton. He extended his goal scoring to other competitions. Ibrahimovic scored a hat-trick against AS Saint-Étienne in the Europa Leauge and a double against Southhampton – again – in the EFL Cup Final which they won 3-2.

It would come to an early end for Ibrahimovic. Last April, he damaged his ACL in a Europa League game against Anderlecht, which ended his season. But like a “God” he proclaims himself to be, he managed to recover within seven months.

After his swift recovery, he boldly declared, “lions don’t recover like humans.”

Ibrahimovic later signed a new one-year contract and claimed the famed #10 shirt left vacant from the departure of Wayne Rooney.

Even with his determination to play to his fullest capability, he never fully recovered to be fit for the standards of the Premier League.  And with the arrival of Romelu Lukaku, Ibrahimovic was sent down the pecking order for Jose Mourinho.

During this season, Ibrahimovic has only appeared seven times and scored once in a 2-1 loss to Bristol City. However, Ibrahimovic can leave Old Trafford with his held up high as he won three trophies and scored 29 in two seasons.

Ibrahimovic is now expected to sign with MLS club LA Galaxy and is rumored to start early as March 31st against LAFC.

Arsenal Heads to the Europa League Quarter-Finals
Jay Hernandez: A Star is Rising