With Playoffs on Horizon, WNBA is Wide Open 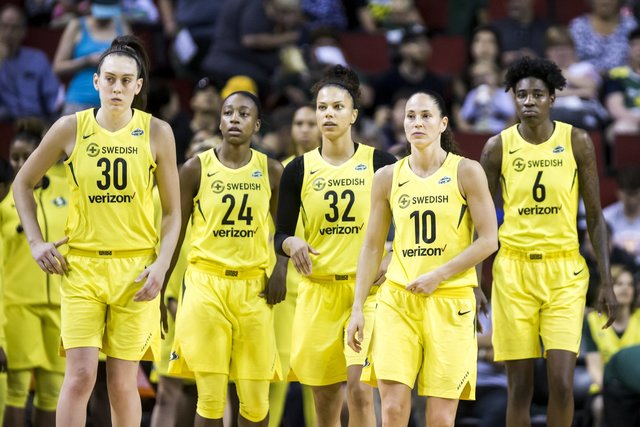 The WNBA is in an immediate playoff push, since this coming week marks the final one of the WNBA regular season. WNBA Playoffs are set to begin on August 21st.

The WNBA playoff format is different than that of the NBA. The top two seeds receive a double bye into the best-of-5 semifinal round. Meanwhile, seeds 3 and 4 receive a single bye into a one-game second round playoff, while seeds 5 through 8 all meet in first round one-game playoffs. This format leaves a heightened drama up and down the standings board even heading into the season’s final week as teams jockey for seeding.

Entering this week, the Seattle Storm sit with the league’s top record at 23-8. Their magic number to clinch the number one seed for the playoffs is just 1. Behind the Storm are the Atlanta Dream. With a record of 21-10, they will need multiple Storm losses to make up the two games and challenge for the top overall seed. Unless the Dream stumble big time in the season’s final week, both teams will have the double bye to the semifinals.

Behind them, in current order of seeds 3 through 7, are the Washington Mystics (18-11), the Connecticut Sun (18-13), the Los Angeles Sparks (18-13), the Phoenix Mercury (18-14), and the Minnesota Lynx (17-14). Currently holding onto the eighth and final playoff spot are the Dallas Wings with a record of 14-17, but they are yet to clinch. The Las Vegas Aces sit just one game back at 13-18 and will be in the race for the last postseason spot during the coming week. The Aces will face the Wings in Dallas this Wednesday night.

The regular season concludes Sunday with all 12 teams in action. Given how tight the standings are, there could be chaos right up until the final buzzer sounds.

More from this week in sports!