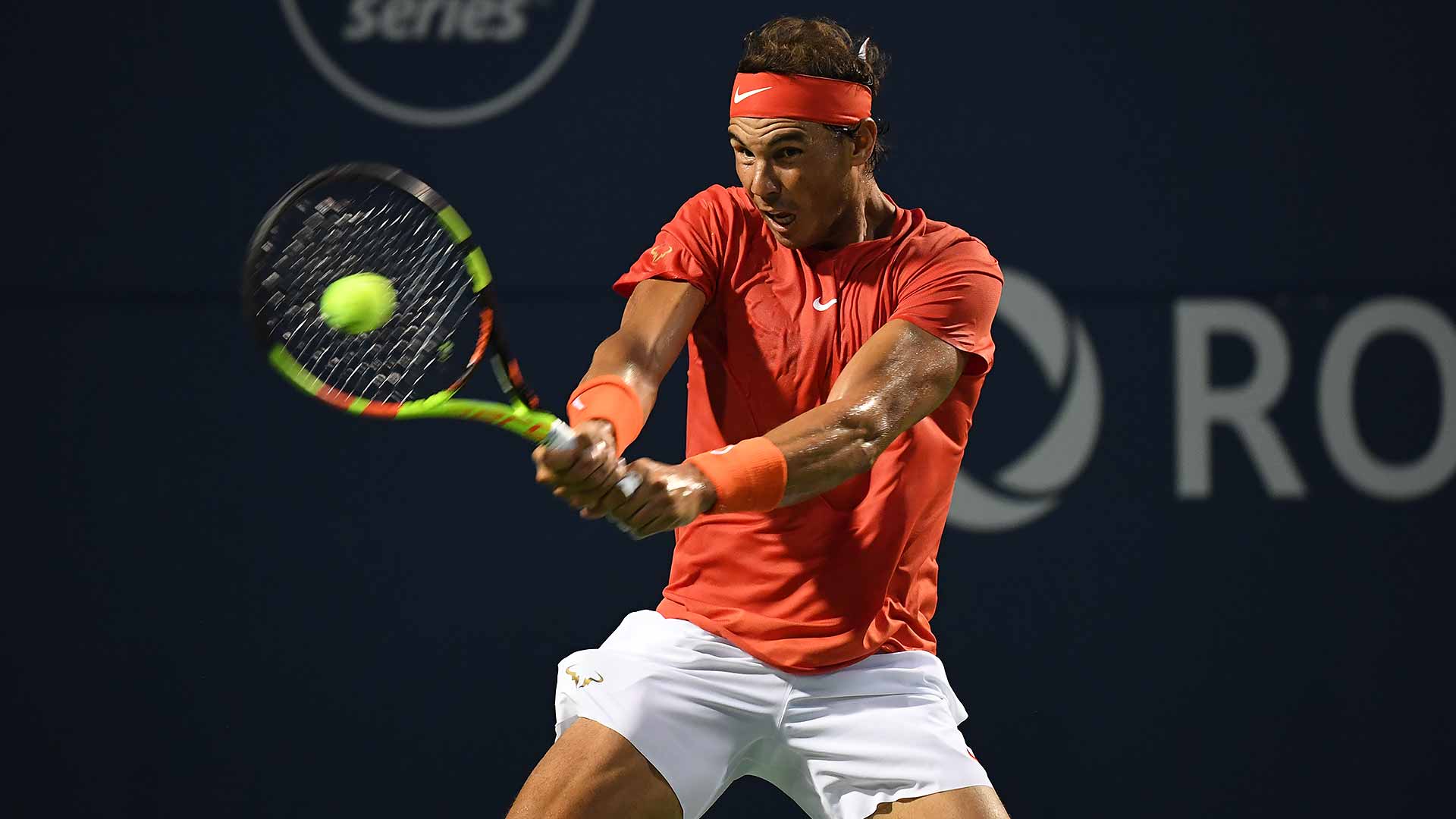 There were plenty of upsets throughout both the men’s and women’s Rogers Cup tournaments this year in Toronto and Montreal, respectively. But the week in which all eyes of the tennis world rest on Canada ended with the top seeds hoisting the hardware.

In the men’s tournament, Rafael Nadal emerged victorious. He capped his tournament with a 6-2, 7-6 win over upstart Greek teenager Stefanos Tsitsipas who ran a gauntlet just to get to Sunday’s final. Tsitsipas picked up victories over four ranked players in Dominic Thiem, Novak Djokovic, Alexander Zverev, and Kevin Anderson in Toronto. But on Sunday, his 20th birthday, he just couldn’t climb over the last mountain in Nadal, who counts this Rogers Cup win as his 80th ATP Tour title. Prior to dispatching Tsitsipas, Nadal went through Benoit Paire, Stan Wawrinka, Marin Cilic, and Karen Khachanov to reach the final.

On the women’s side of things, top-seeded Simona Halep needed a full three sets on Sunday to beat the third-seeded Sloane Stephens and win the title in Montreal. The final score was 7-6, 3-6, 6-4 for Halep. Sunday’s final culminated an impressive Rogers Cup run through a number of game opponents for Halep. She also dispatched Anastasia Pavlyuchenkova, Venus Williams, Caroline Garcia, and Ashleigh Barty. Halep remains the top-ranked player on the WTA tour with a number one seed at the upcoming U.S. Open all but a lock. Stephens entered Sunday’s Rogers Cup final having not lost a single set at the tournament prior to facing Halep. She beat Francoise Abanda, Carla Suarez Navarro, Anastasija Sevastova, and Elina Svitolina on her road to finishing runner-up.

More from this week in sports!