Why Justify Winning the Triple Crown Was Bad for Horse Racing 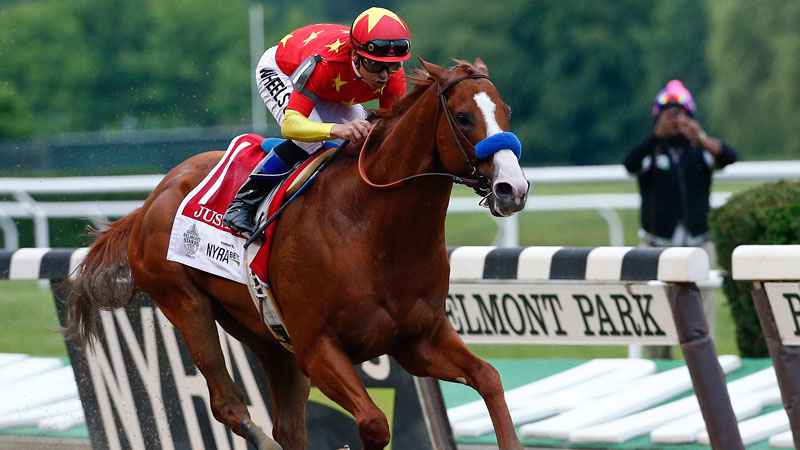 Justify became the second horse in four years to win the Triple Crown after winning at Belmont on Saturday.

First and foremost, I do not want take away from the accomplishment of being 6-0-0 on the track.  It’s incredible.  Here’s my issue, I’m not sure about the rest of you, maybe I’m in the minority, but Saturday didn’t draw me in.  I had no intention of watching it.  I would have been quite alright looking down at my phone, seeing the four notifications from the different apps on my phone and going on with my day.  Looking at social media, there is next to nothing about the Triple Crown winner.  Granted that’s partially because the NBA and NHL Finals each ended and we are all captivated by where LeBron James is going to go.  However, there is next to nothing this time around.  I love watching drunk Alex Ovechkin celebrate, I don’t think he’s been sober since Thursday night.  I would think there would be at least something about the Triple Crown, yet CM Punk getting destroyed in the Octagon got more coverage than this.

It’s not exactly fair to Justify, he can’t help another horse won the Triple Crown a few years ago.  As always, millions are going to tune into the Kentucky Derby, drink bourbon, wear funny hats, and lose money.  American Pharoah captivated the world winning the Triple Crown, Justify may have hurt the sport.  Horse racing is a fringe sport at best in 2018 for most Americans, two Triple Crowns in four years in a way diminishes the accomplishment.