Where Do the Thunder Go from Here? 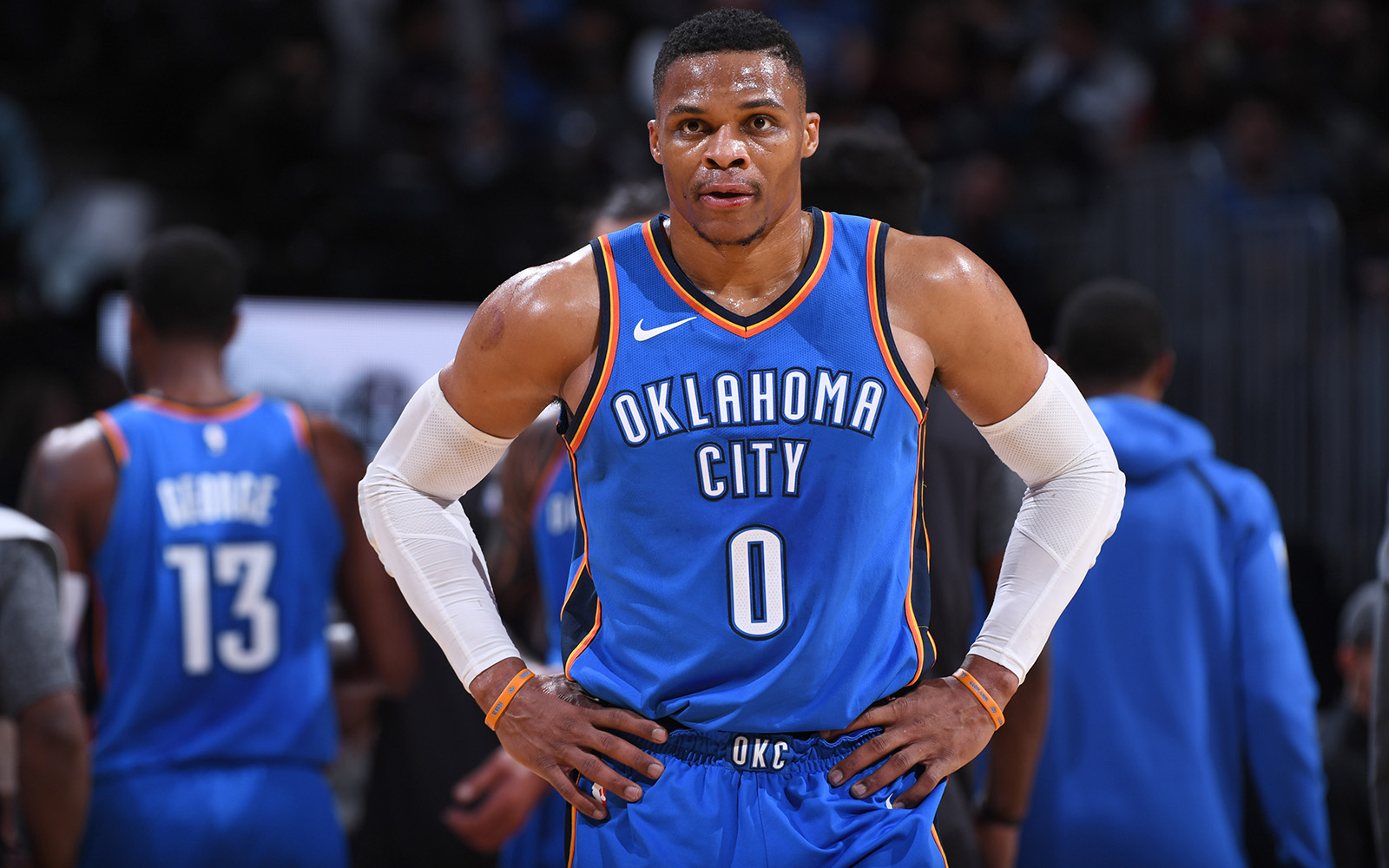 Having home court advantage in the playoffs with three superstars and a Steven Adams to protect them all still wasn’t enough for the Thunder to get past the Utah Jazz. The Jazz had chemistry, all-around scoring, sound defense, and a certain type of grit that made the Thunder struggle to even grab two wins. I, along with many others, expected the Thunder to do much more this season than they did. They were two seeds higher this year than last, but only had one more win overall when comparing the records. Most people had hoped that this OK3 experiment would pay off, but it seems as if it did the exact opposite.

This experiment will be a complete failure if Paul George doesn’t resign or opt-in with the Thunder. If George stays, he would be a big part of an OKC reboot once Carmelo Anthony is gone. Carmelo was by far the biggest letdown of the season for the Thunder. Once a dominant player in this league, and now he looks eerily similar to a dirty dish rag; he’s washed up. Next year, the Thunder will be paying Carmelo just under $28 million. All this money just so he can average under 20ppg and shoot barely above 40% from the field. Anthony’s season was nothing short of disappointing. It was the worst scoring season of his career, and he had career lows in almost all statistical categories. His contract has officially put them back at least a year from a reboot and he has wasted this past season for them.

Unfortunately for Oklahoma City, they don’t have a lot of cap space to work with this summer. If, and most likely when, Paul George opts out of his contract and decides not to re-sign, they will have $20 million to spend. Some of that may go to re-signing Jeremi Grant and Raymond Felton. Leaving potentially about $10 million, depending on Felton. This isn’t exactly a large sum of money for any big name players. The Thunder will want to be big players in free agency to help Russell Westbrook and the team reach new heights since the departure of Kevin Durant.

This next season for OKC will mostly be a repeat of this year, except without Paul George. The front office of the Thunder should look to sign decent bench players this year for some stability when Westbrook has to rest in games. The following season is when the Thunder should go for another star or instead two complementary pieces, since Carmelo Anthony’s contract will be off the books. A few names for free agents that will be available in the 2019 offseason are Kawhi Leonard (if he doesn’t sign an extension), Khris Middleton, Jimmy Butler, Kevin Love, Paul Millsap, and Devin Booker. Some of these players will be going into their prime and will be insanely valuable. There are many other players the Thunder could consider for that offseason, but these were the few that stuck out the most to me.

Going back to this summer’s free agency plan for OKC. The Thunder should consider some role players, such as Avery Bradley, Tyreke Evans, Will Barton, Jabari Parker, Julius Randle, Derrick Favors, and many others. Getting one or two of these players could be a big boost in helping Russell Westbrook now and in the future. Some of these names are more probable than others with the limited amount of cap space that OKC has. This next season for OKC will be disappointing, but 2018 shouldn’t be the goal, 2019 should be. The important part of this summer is that the Thunder don’t try to overdo it this year and put themselves in another experimental season, which would waste more of their time and money.

If OKC does want to make moves this summer, I would hope they try and look at trading. They need to trade Patrick Patterson and Kyle Singler to rebuild and get a decent role player. This isn’t a fix, but perhaps a band-aid for the situation. The goal would be to have this player on the team for the next summer when they go hard in free agency. If I’m a Thunder fan, I just hope that the team doesn’t overpay an above average player instead of waiting. Patience is a virtue and OKC cannot forget that.

How the Philadelphia 76ers can Continue Their Process Towards Winning a Title
Are the Washington Wizards Stuck in a Rut?