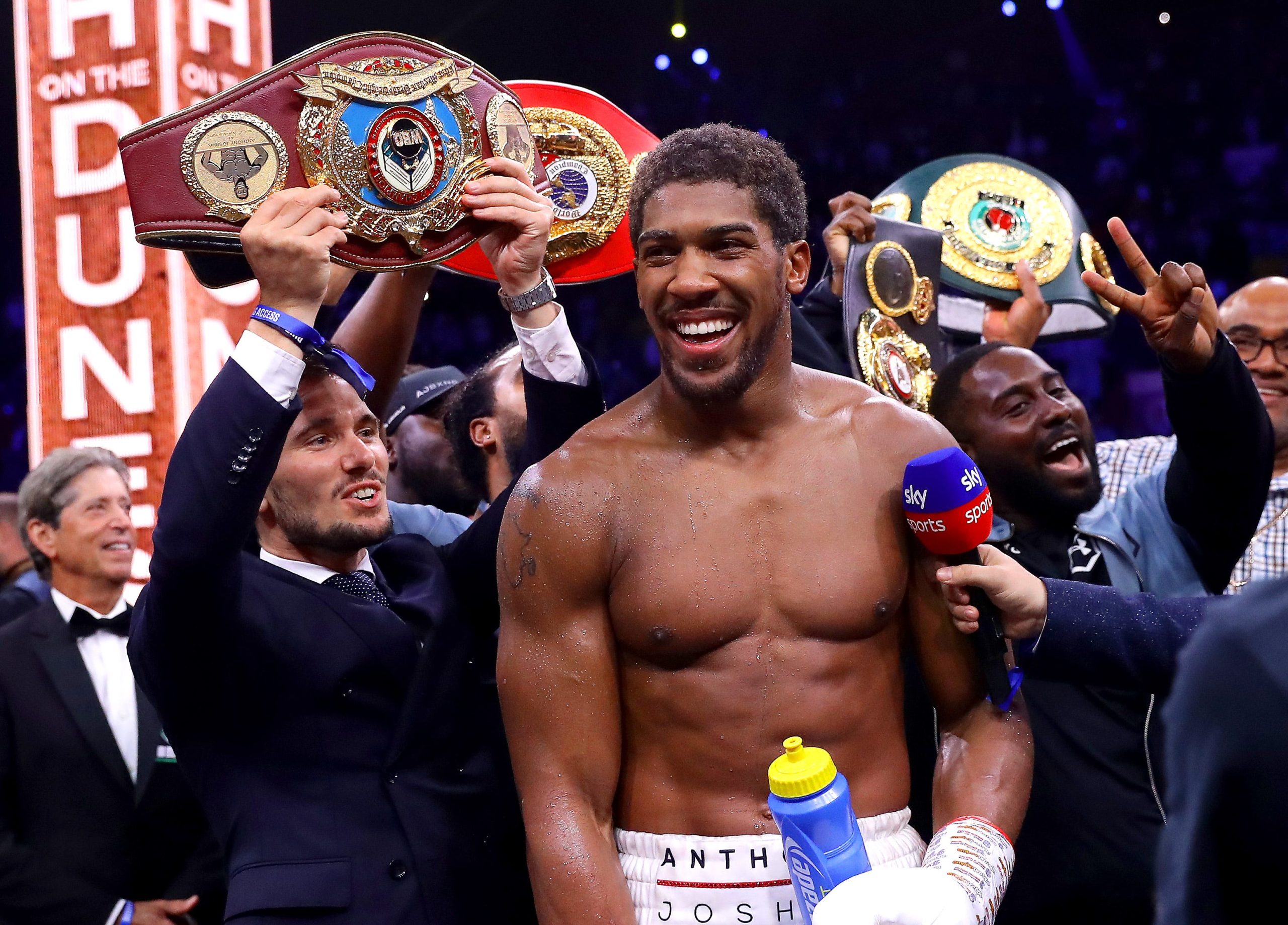 What’s Next For Anthony Joshua?

What’s Next For Anthony Joshua?

Earlier this month, British boxer Anthony Joshua regained his WBA, WBO and IBF heavyweight titles with a unanimous decision win over Mexican-American Andy Ruiz Jr. It wasn’t the spectacle that most fans had hoped for, with Ruiz coming into the bout at a whopping 283lbs and Joshua didn’t make it easy for himself. But now that he’s won his titles back, what’s next for AJ? 2020 is looking like a pretty good year in the division, so here are some of the prospective boxers he could face.

The Bronze Bomber and Gypsy King are set to meet again in the ring on February 22nd in Las Vegas. After the last bout ended in a split decision draw, Wilder retained his WBC title and has defended it since, beating Dominic Breazeale and Luis Ortiz by knockout. This time, the vacant The Ring and lineal heavyweight titles are also up for grabs.

When the two fought at The Staples Center in December 2018, fans booed the judges’ decision, believing Fury had done enough. Fury too, believed he should have won the fight.

However, in the lead up to the rematch, AJ has publicly offered to spar with Fury and the Gypsy King has accepted the invitation. Joshua told IFL TV: “Sparring Fury is only going to do me good, in my opinion. So, I’m never too big for my boots where I can’t learn anymore.”

When asked about the upcoming Wilder v Fury grudge match, the Brit believed that Fury had enough to win it and if you agree, bet here on Tyson Fury.

The IBF have issued a letter confirming that Joshua must fight their mandatory contender, Pulev – and negotiations must be concluded by January 11th.  Joshua and the Bulgarian were set to meet before, in October 2017. Unfortunately, a shoulder injury sustained during sparring meant that Pulev had to pull out of the contest and instead, AJ faced Carlos Takam at the Millennium Stadium, Cardiff. Joshua won that fight by technical knockout, retaining his WBA, IBF and IBO heavyweight titles.

Pulev last retained his WBA Inter-Continental heavyweight title in April 2017 and his record stands at 28-1 (14 KOs). That one loss came against Wladimir Klitschko, so he’d prove a credible opponent.

In a matter of conflict, the WBO have also ordered Joshua to defend his title against their mandatory challenger Usyk. In an interview with Sky Sports, AJ let slip that the Ukrainian could be the frontrunner: “He’s a great former cruiserweight champion and heavyweight challenger that will be in my eyesight for around end of March or early April to defend my titles against.”

The 32-year-old boasts a 100% winning record from 17 bouts, with 13 of those victories coming by knockout. He made his heavyweight debut in October against Chazz Witherspoon – and won in the seventh round after a corner retirement.

Elsewhere, fellow Brits Daniel Dubois and Dillian Whyte are after a crack at AJ, and in Whyte’s case, a second go. It would be a battle of North versus South London if Joshua was to face Dynamite Dubois. The young 22-year-old has won all 13 of his fights to date and is one of the brightest prospects in the division.

It’s believed that Joshua could fight both of his mandatory contenders in 2020, but if he doesn’t, it will mean he has to vacate one of his titles. If promoter Eddie Hearn can set up both bouts, it will be an exciting year not just for Joshua but for heavyweight boxing. There will be an element of disappointment for the fans as it will mean the winner of the Wilder-Fury rematch will more than likely be put on the back burner. It may not be until 2021 that we witness one of the most hotly anticipated fights of the century.

All Hail King Corbin
Would Sports be as Popular Without the Internet?