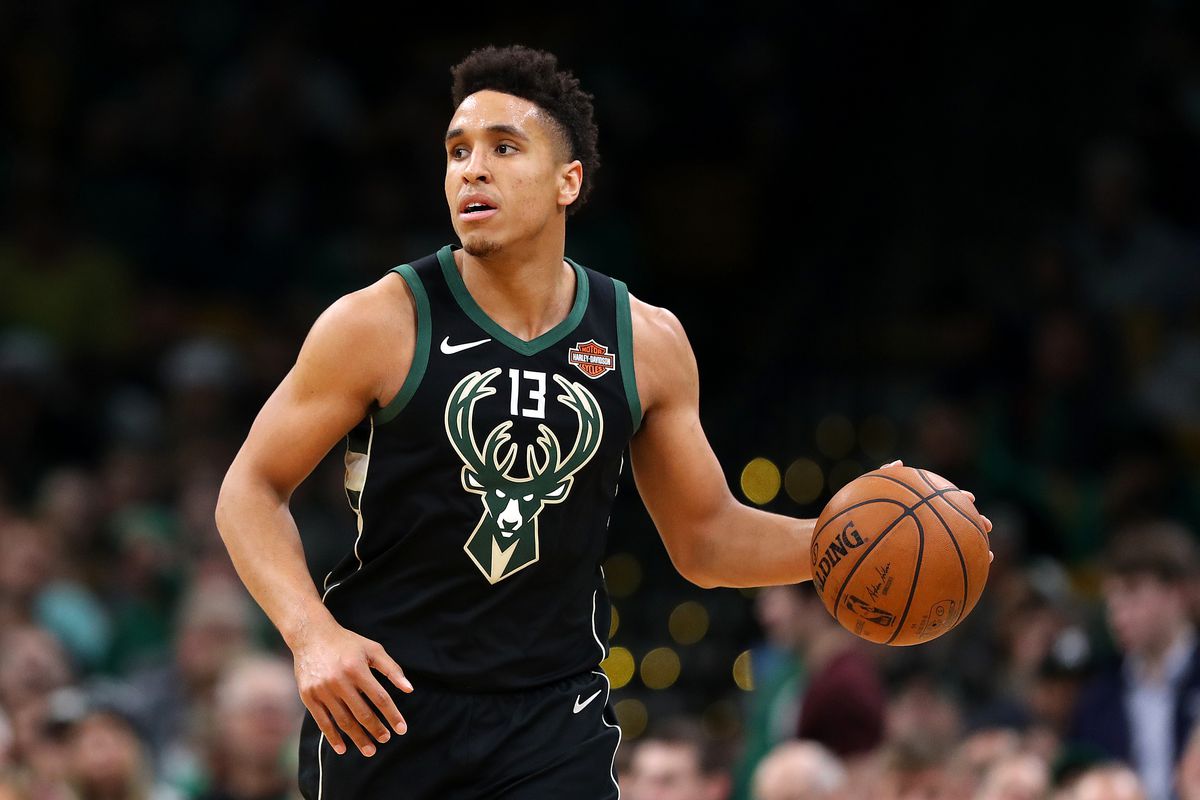 The Pacers got around their traditional free agency woes by landing one of the better young players in game, by signing Malcolm Brogdon to a four-year, $85 million contract.

The Pacers found themselves in a familiar position this offseason.

They had money available to make an impact move, but it didn’t appear that an impact player was willing to take their money.

The Pacers were in desperate need of a point guard. The retirement of Darren Collison left them with second-year pro Aaron Holiday as the only option at point. Holiday is an intriguing young play, but isn’t ready for primetime yet.

The “Ricky Rubio to the Pacers” rumors were flying hot and heavy last week. If you listened hard enough on a quiet night, you could hear a faint collective groan emanating from central Indiana in all 48 contiguous states. To Pacers fans, Rubio felt like another band-aid at a position the Pacers have struggled to adequately fill for several seasons.

Pacers G.M. Kevin Pritchard, however, had plans to land one of the best young guards in the NBA. The Bucks were in a financial crunch, and Pritchard was more than happy to help them out by taking the 2016 Rookie of the Year Brogdon off their hands in a sign-and-trade.

The Pacers sent a first round pick and two future seconds to the Bucks for Brogdon, then promptly signed the 26-year-old combo guard, giving the Pacers one of the most versatile backcourts in the NBA (assuming Victor Oladipo returns to form after his rupture quad).

The 6’5″ Brogdon (with a a 6’11 wingspan, dare I say….lengthy?) can play point guard, shooting guard and small forward, but should primarily play point guard for the Pacers, when they are at full strength. As I mentioned, the Pacers have struggled to fill the position in the past. It looks like they’ve decided to eschew a traditional point guard and play two athletic combo guards.

Last season with the Bucks he shot 43% from three-point range, 51% from inside the arc and 93% from the free throw line, while averaging 15.6 points per game. If you’re into advanced stats, Brogdon had a 17.8 PER (third on the Bucks) last season, with a 20% Usage rate (fourth-highest on the Bucks). He’s deadly efficient on offense.

He also has the reputation as a lock-down defender and should draw the opposing teams best guard on a nightly basis, taking some strain off Oladipo.

Brogdon uses his size (6’5″, 230 lbs.) to wear down opposition guards. He’s difficult to blow by because of his length, and he’s excellent at closing out to shooters because of those same long arms. He’s a hard-working, fundamentally sound defender that gives the Pacers a major upgrade at the position on defense. You won’t see Indiana get pick-and-rolled to death with Oladipo and Brogdon on the court.

Trading for Brogdon isn’t without its risk. He’s been plagued by injuries in his young NBA career. Brogdon has been great when on the court, but he’s only played in a 187-of-246 possible regular season games throughout his career.

His feet, in particular, are a concern. A broken left foot caused him to redshirt as a freshman at Virginia and a torn plantar fascia in his right foot sidelined him for a long stretch last season. He also suffered a quad tear in the 2017-18 season that cost him the majority of the year. Young players with multiple lower leg injuries raise concerns.

Despite his injury concerns, I love the move for the Pacers. Brogdon reminds me of a better version of George Hill, and Hill was great during his tenure with the Pacers. If Oladipo can return to his pre-injury form and Brogdon can remain healthy, the Pacers have their starting backcourt locked down for the foreseeable future.