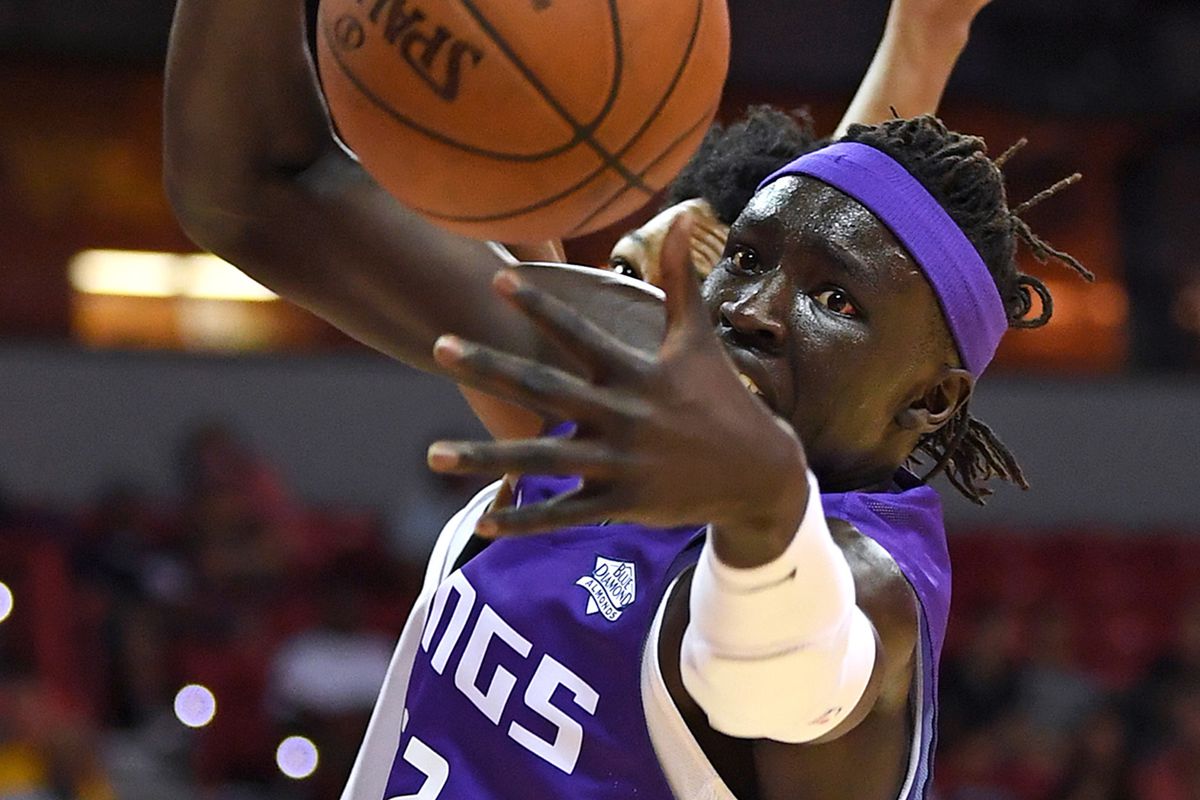 Wenyen Gabriel Leads Kings Over Jimmer Fredette and the Warriors

Wenyen Gabriel Leads Kings Over Jimmer Fredette and the Warriors

On the first night of the NBA Summer League, this cross-bay rivalry provided the closest matchup of the day, as former Kentucky forward, Wenyen Gabriel powered the Kings to an 81-77 victory against the Warriors. For most of the second half, the hometown Kings had control of the game, but a late scoring flurry in the fourth quarter by the Warriors caused the lead to flip-flop hands. Neither team could get in a consistent rhythm shooting the basketball, as both shot 40 percent from the field and 20 percent from the arc.

No one on the court shined quite as bright as Weynen Gabriel, who put up 22 points and 12 rebounds. With his dreads in a bun, he attacked the basket with reckless abandonment and dominated the Warriors in the post, including Damian Jones, who got minutes in the Finals less than a month ago. Gabriel was one of only three Kings players to make a three during the contest. Kyle Guy, the former Virginia standout, was also one of those players, in his NBA debut. Guy added 10 points in the effort, alongside his backcourt mate Semaj Christian, who had a 13-point, 11-assist double-double.

While the Kings won the game, all eyes were on Jimmer Fredette. Even though the former BYU sharpshooter bounces in and out of the league, there’s always a Curry-esque level of excitement when he’s on the floor. Fredette, off the bench, was the Warriors’ second-highest scorer, with 14 points, but he only hit the long ball once. The high man for the Warriors was second-year player Jacob Evans, who tallied 18. Golden State needed to rely on these older players, seeing as their first-round pick Jordan Poole couldn’t get it going. It wasn’t from a lack of shooting, as he took 12 shots, but he couldn’t find his stroke. Poole shot an abysmal 25 percent from the field, missing all six of his three-point attempts.