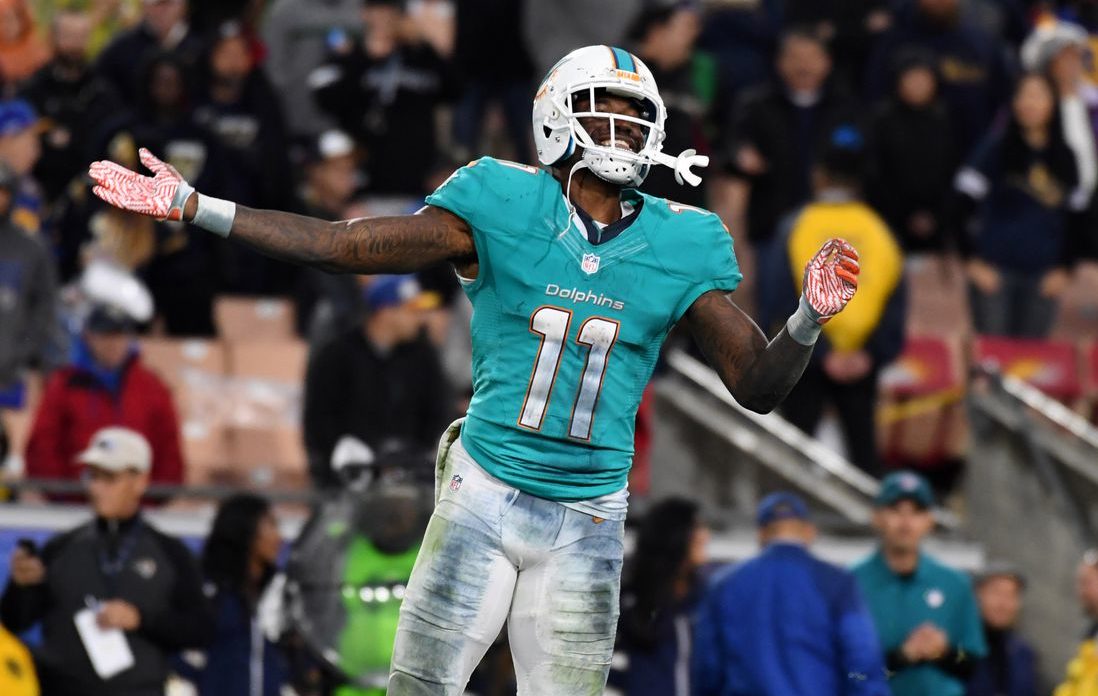 There really are no obvious plays for me at the QB position in week five, but Deshaun Watson pops off the page for me as a nice contrarian play that you can get at an affordable price. He also brings extreme upside. Watson showed last week that he can put up numbers like any other quarterback in the league, and now he finds himself in a nice matchup at home against the Chiefs, who have allowed 992 yards in the air thus far, which ranks them as the sixth-worst team against the pass. The Chiefs do have some solid players who have not performed as well as expected, and they will have their hands full with the surging Deshaun Watson this weekend. I think you’ll be able to get Watson at minimal ownership despite how well he played last week, and I believe he has a strong shot at getting close to that performance.

This is a great week to pay-up at running back, as there is a plentiful amount of good options among the high-end rushers. Todd Gurley is my favorite play of the week at running back, because even though he is in that top tier of running backs, you do not have to pay such a huge price for him. Gurley has torn apart the league, proving that last year’s sophomore slump is long gone. He ranks second in the league in rushing yards, only trailing the rookie phenom, Kareem Hunt. In week 5, Gurley goes up against the Seattle Seahawks, who at first glance might scare you away from picking against them, but this year they have allowed the third-most yards per carry. This sets Gurley up for yet another big game. Similar to Watson, I think the ownership will be off him, making him a great tournament play and a guy who I would also feel very comfortable using in my cash game lineups.

In week 5, you can get Parker on all DFS sites at a discounted price, allowing you to pay up for your studs at running back. Parker sits in a great situation in his home tilt versus the Titans, as they rank 29th against the pass, and just got shredded by Deshaun Watson and the Texans. Tennessee has some serious issues in the secondary, and until they get fixed, it’s smart to go after them each and every week in DFS. For some reason, Parker’s price remains low even though he has not had fewer than eight targets in any game this year. He has also had at least 69 receiving yards in each game. Parker brings a high floor with him to each game given his target share, and I expect him to at least meet his value this week against one of the worst passing defenses in the league.

This week, there are not many great options at the tight end position, but my favorite play on the slate is Charles Clay. In terms of fantasy points, Clay has ranked as a top-5 tight end in all formats, yet you can still get him at a reasonable price. He has a tough matchup this week against the Bengals, which is why I don’t absolutely love this pick, but with Jordan Matthews out, he should be peppered with targets. Clay has 10-target upside, and if you’re getting that many looks as a tight end, it does not matter who you are playing against, you are a good play.

A lot of people will be on the Ravens, as they are up against the Derek Carr-less Raiders. But the Ravens have let up 68 points in the past two weeks, so I’ll let everyone else take that defense. I’d rather pay slightly more for the yellow and black, who are at home against the turnover-prone Blake Bortles and the Jacksonville Jaguars. Bortles has yet to record over 250 yards through the air in any game this season, and I would expect that slump to continue as the Steelers have allowed the second-least amount of yards per game to opposing quarterbacks this year. Pittsburgh also has not let up more than 23 points in any of their four games this season. I like their chances to continue this streak and storm past the lowly Jags.