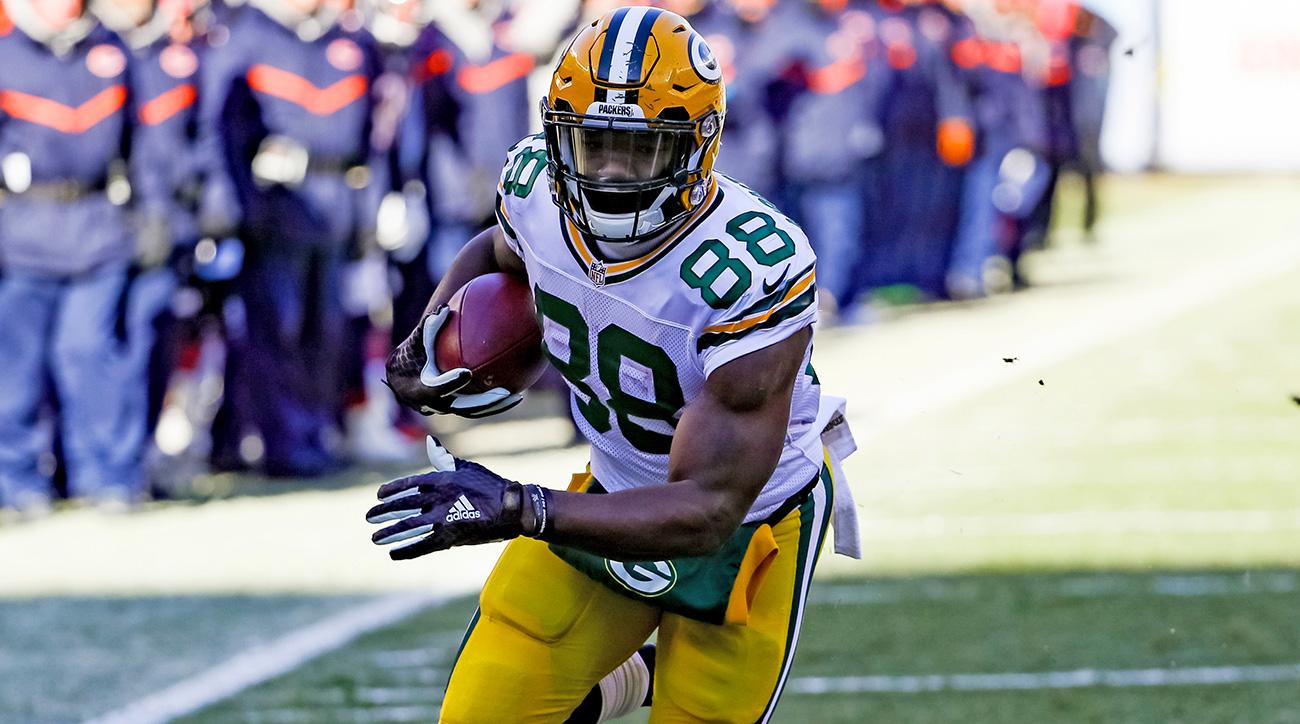 Tom Brady might seem like an obvious play at quarterback this week, but there is no reason to not pay up for a QB with such good value plays at all the other positions. Brady did not look as sharp as he normally does in the season opener, but there’s no better team to rebound against than the New Orleans Saints. In 2016, the Saints were the worst team in the league against the pass, letting up a total of 4,380 passing yards. In their first game this year against the Vikings, they surrendered 346 yards in the air to Sam Bradford. Yes, Sam Bradford. If the Saints are allowing that kind of production from a guy who has never even led team to a winning record, just imagine what Tom Brady is going to be able to do against them. The price to pay up for Brady may be steep, but he will prove to be worth it, and you will be able to find salary cap relief quite easily at other positions.

Although this may be one of the chalkier picks in week two, Ty Montgomery might be my favorite play of the day given his salary and the upside he brings to the table. People are finally starting to realize that the packers have turned Monty into an every down featured back. The only other running back on the roster that got any action last week was Jamaal Williams, and he only recorded two rushing attempts. Being the workhorse running back on one of the highest scoring teams in the league, you are always in a good position to score double digit points and hopefully get into the end zone. Montgomery squares up against the Falcons this week, who allowed the second-most receptions, most receiving yards, and most receiving touchdowns to pass-catching running backs last year. The Falcons also allowed rookie Tarik Cohen to run wild on them last week, who has a similar play style to Montgomery. At this price, Monty seems too good to pass up, especially in a game that could turn into a shootout.

Do you see the theme here? Target the Saints secondary! It might be hard to fit Cooks into your DraftKings lineup where he is pretty pricey, but on FanDuel it seems hard to pass up on him, especially in cash games. With Julian Edelman out for the season and a banged up Danny Amendola, who most likely will not play in this game, the Patriots are left with Rob Gronkowski and Brandin Cooks as their primary pass catchers. The targets have to go somewhere, so expect Cooks to be seeing the ball all game long. And let’s not forget that this is a revenge game for him. In the offseason, Cooks was involved in a trade between these two teams, and this will be his first shot to get back at them. In such a good matchup and Tom Brady throwing him the football, I’m setting high expectations.

A player of his caliber, at such a discounted price, in the highest projected scoring game on the slate? Yes please. I know Coby Fleener is not a Pro Bowl player, but he has proven in the past that he can have big games, and he brings a decently high floor to each game as well. Fleener looked good in week one, where he reeled in 54 receiving yards and a touchdown to go along with it. The Saints tight end has a good chance at a huge game here with Bill Belichick likely zeroing in on second year receiver Michael Thomas and the running back committee. Fleener is also still seeing the added targets left by receiver Willie Snead, who is still suspended. With there being such a high chance at a shootout down in New Orleans, Fleener finds himself in a good position to put up a solid amount of points in week two.

I might as well copy and paste what I wrote last week about why the Rams defense was going to have such a good game against the Colts, because it’s the same reasons why the Cardinals defense are going to explode in week two! The Cardinals are headed to Indianapolis where they will face this disheveled Colts team. The list of problems that the Colts have going on right now could go on for pages, but right on top of that list would probably be their porous offensive line. Saying the offensive line that the Colts put on the field is an embarrassment would be an understatement, and the Rams took advantage of this last week where they were able to post four sacks and hold them to just nine points. The Colts are making the change at the quarterback position by rolling with the ex-Patriot, Jacoby Brissett, who they just received in a trade. Although this may be an upgrade for them, the Cardinals should not have a hard time dealing with it. I expect them to put up a similar performance to what the Rams did against them in week one.