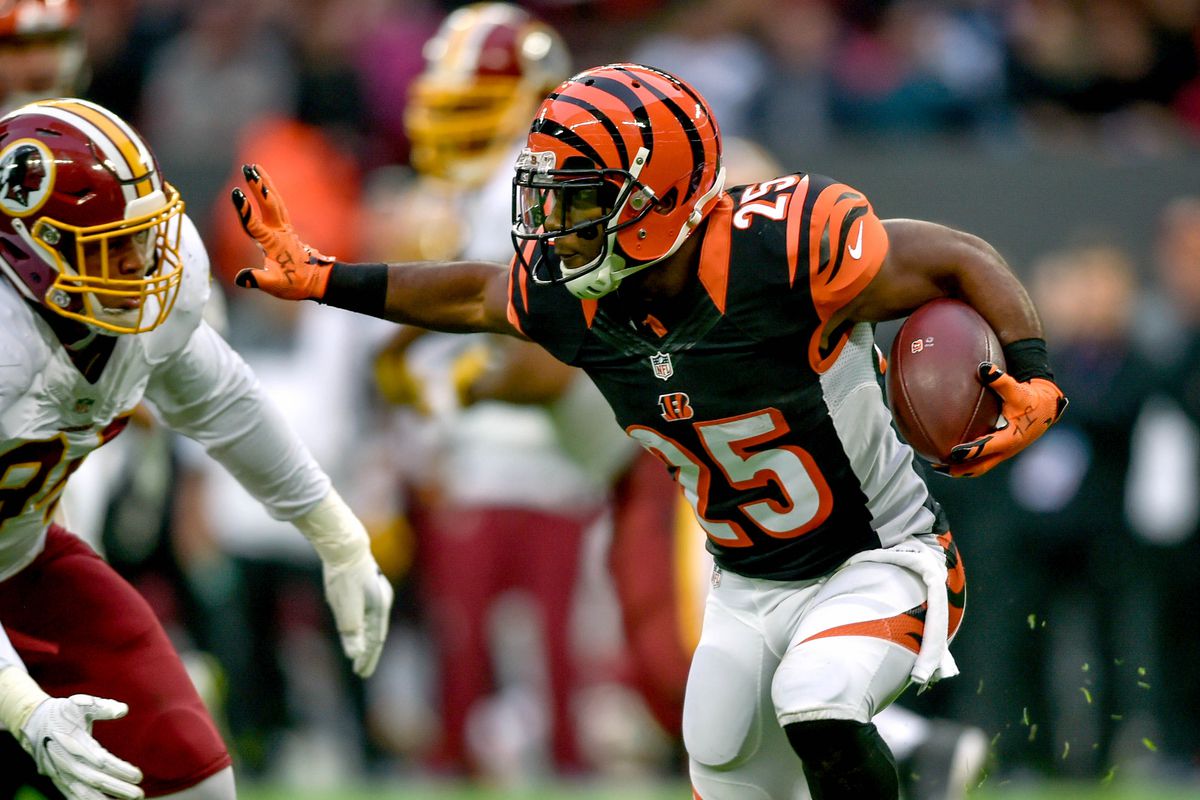 The Rams will play host to the Philadelphia Eagles in week 14, which is poised to be one of the best games of the season. The game has a pretty high over/under, currently listed at 48 points, which is the second-highest on the slate. The Rams star quarterback has recorded multi touchdown games in four out of his last five and has a great shot to do that again against the average Eagles pass defense. Goff should be low owned this week, so he is a good tournament play, but his consistency against average/bad passing defenses should allow you to play him in cash games as well.

After drafting Joe Mixon, Giovani Bernard’s role in the Bengals’ backfield was nearly nonexistent. This week, however, Mixon and Hill will be out, so Bernard gets a chance to show the Bengals what they’ve been missing out on all season long. The dynamic pass-catching back is expected to start and lead the Bengals backfield at home against a mediocre Bears team, and his price on FanDuel and DraftKings is hard to pass up. When Gio came in for the injured Mixon last game against the Steelers, he proved that he still had it, totaling 77 yards on just 13 carries. Although Bernard should see a decent amount of ownership this week, he is a great play in all formats.

The Chiefs have allowed the most points to wide receivers in the AFC and now will be without star cornerback Marcus Peters due to a one game suspension. Crabtree’s teammate Amari cooper is also in danger of missing this one due to the concussion he received in week 12, but even if he does get on the field, Crabtree is still in a great spot. This Chiefs defense has been exposed all season, including last week against the Jets when they allowed Jermaine Kearse and Robby Anderson to both go for over 100 yards. Crabtree is not too expensive on either site, and with his expected workload against this beatable secondary, he is in a great spot this week in DFS.

Jason Witten seems to be a pretty safe option this week at tight end given the matchup, and you can get him at a very reasonable price. The Giants are without question the worst team in the league against tight ends, allowing 834 yards and 10 touchdowns to them thus far. In week one when the Cowboys played the Giants, Witten reeled in seven of his nine targets for 59 yards and a TD. Although Witten has not played his best football in recent weeks, he is in prime position to bounce back against one of the league’s worst teams.

This Patriots defense is arguably the most underrated defensive unit in the league. The Pats haven’t allowed more than 17 points since week four; that is eight straight games! Week 14, New England will fly out to Miami to play against the Dolphins, who have lost five out of their last six games and have struggled all season long putting points up on the board. The Patriots have the opportunity to clinch a playoff spot with a win in a primetime game, so you know they will be giving it all they got.

Are you looking for another way to play NFL DFS every week? Join the highest-rated fantasy football app, DRAFT! Drafts start every couple minutes, so you can enter one right now for week 14! If you click the picture or this link to sign up and use the promo code “FlurrySports,” you get a free entry into a $3 game after you deposit! There’s not much better than free money, so sign up today! Plus, if you want ANOTHER $5 back, message FantasyFlurry on Twitter to find out how!