Stanton to the Yankees 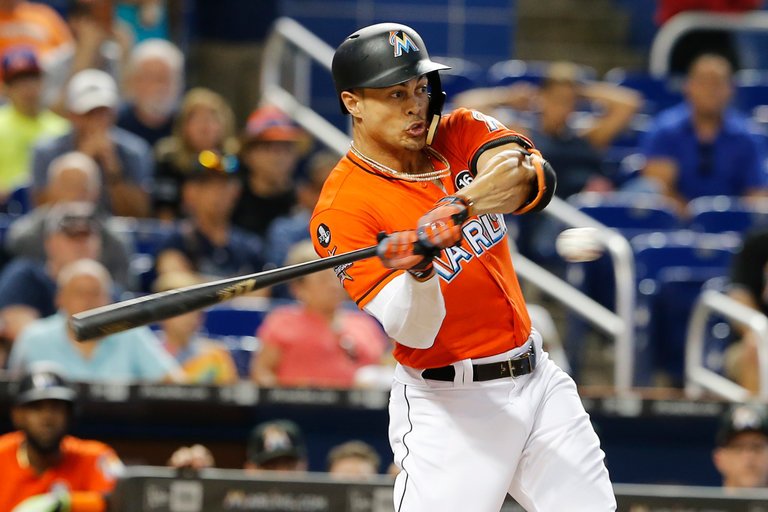 Giancarlo Stanton, the reigning National League MVP, will be traded to the New York Yankees.

Strong rumors surfaced late last night that the New York Yankees had acquired Stanton. No details on the deal have been confirmed; however, as of this morning the Miami Marlins and the New York Yankees have agreed to send Stanton to New York. The Yankees, once again make a blockbuster deal during the offseason and their line up is very solid. The projected top four in the Yankees line up is as follows: 1.) CF Brett Gardner 2.) LF Aaron Judge 3.) RF Giancarlo Stanton 4.) Gary Sanchez, a very solid opening for the Yankees. During the 2017 MLB season, Aaron Judge (52) and Giancarlo Stanton (59) combined for 111 home runs.

The details of the trade are yet to be disclosed, but for now, the St. Louis Cardinals, Los Angeles Dodgers and San Francisco Giants will wonder what could have been if Stanton signed with them. I have a feeling this Yankees team will be fun to watch this upcoming season. Can this be the beginning of the MLB super team era?